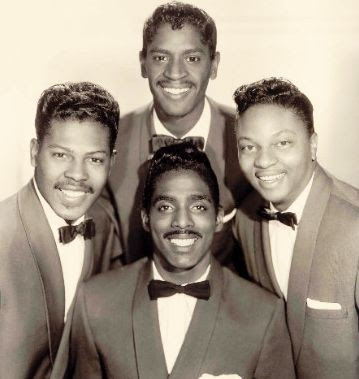 In 1954, the four-piece recorded two singles, the A-side Hey Senorita, and the B-side Earth Angel. DJs passed right over the A-side and began spinning the latter, which quickly climbed to the top of the R&B charts.


"Cleve Duncan dies at 78; one of the Penguins on 'Earth Angel'"

The hit song's dreamy romanticism would become a staple of oldies radio, but the original group was cast into the sea of one-hit wonders.

Cleve Duncan, whose plaintive tenor captured the heartache of teen love in the enduring 1954 doo-wop hit "Earth Angel," died Nov. 7 in Los Angeles. He was 78.

A spokeswoman for the Inglewood Park Cemetery Mortuary confirmed his death but could not provide the cause.

"Earth Angel," which reached No. 1 on rhythm and blues charts, was the only hit for the doo-wop act that Duncan fronted, the Penguins.

But what a hit. "Earth Angel" sold millions of copies through the decades, has been repeatedly covered by other bands and been used in movie soundtracks as a nostalgic evocation of post-World War II youth culture.

Will you be mine

Love you all the time

A fool in love, with you

"It was the first of the ultra-romantic ballads that hit the nerve of teens at the time — one of them being me," said Steve Propes, an author and music historian. "It stood out because of the sincerity of the delivery."

"Earth Angel" also had crossover appeal — it reached No. 8 on the Billboard pop chart, a sign of the significant role rhythm and blues was playing in the emergence of rock 'n' roll.

"It was one of the pioneering songs of its day," said Tom Reed, a former disc jockey and music historian.

While the song's dreamy romanticism would become a staple of oldies radio, the original Penguins were cast into the sea of one-hit wonders.

The Los Angeles-based group disbanded in 1957. Duncan bought the Penguins' name and continued to perform with others until relatively recently, Reed said.

As Duncan told The Times in 1983: "The Penguins are Cleve Duncan plus whoever's singing in the background."

Cleveland Duncan was born July 23, 1934, in Los Angeles. He learned to sing in church and formed the Penguins along with Curtis Williams, Dexter Tisby and Bruce Tate in 1953. Williams and Tate were friends from Jefferson High School. Duncan and Tisby were buddies from Fremont High.

"We wanted to be cool, so we took our name off Willie the Penguin, the trademark on Kool cigarette packs," Duncan told The Times.

The following year, they recorded their first single in a garage studio under the fledging Dootone Records label. "Earth Angel" was the B side of "Hey Senorita."

When a local disc jockey played both on the radio, it was "Earth Angel" that lit up the request line.

After the original Penguins disbanded, Duncan eventually earned a living as an aerospace machinist.

A longtime Gardena resident, he is survived by his wife, Emilie, and stepson Brian Bowman.

Singer and founder member of the Penguins, noted for their hit Earth Angel

The dogged piano triplets, rudimentary four-chord harmonic structure, goofy woh-woh backing vocals and the muffled quality of a garage recording were typical of early doo-wop music when the Penguins' Earth Angel (Will You Be Mine) appeared in 1954. But perhaps the most distinctive feature of a record that sold more than 1m copies and became a classic of its genre was the pleading tenor voice of Cleve Duncan, who has died aged 77 after keeping the group going in various guises for more than half a century.

As was so often the case with black vocal groups of their generation, the Penguins received scant recompense for creating their miniature masterpiece. When gold discs were handed out two years after its release, the awards were accepted by the boss of their label and by a record distributor whose influence had been brought to bear on radio disc-jockeys. Duncan and his fellow Penguins were not even invited to the ceremony.

The group was formed by Duncan and Curtis Williams, who had been classmates at Fremont high school in Los Angeles. By the time they met again, at a talent show in 1953, Williams was a member of the popular Hollywood Flames, but was on the brink of being expelled from the group. When he and Duncan decided to form a new quartet, adding Dexter Tisby – another former pupil of Fremont High – and Bruce Tate to complete the lineup, Williams brought with him the outline of a new song.

Earth Angel really was recorded in a garage, one owned by a relative of Duncan who had created his own studio. A successful audition for Dootsie Williams, the proprietor of a local record store and the owner of the Dootone label, had won them a contract early in 1954. After an initial release in May had failed to make an impact, a second disc, coupling Earth Angel with Hey Senorita, another of Curtis Williams's songs, appeared in September.

At first it was Hey Senorita, a lively Latin-style dance tune, that received airplay. But the following month, local DJs started to play the gentle ballad on the flipside, in which Duncan sang the verses while Tisby took the lead on the bridge passage. By the end of the year, Earth Angel was climbing the national hit parade, reaching No 1 in the R&B listings and No 8 in the pop charts, five places behind a swiftly executed cover version by a white group from Canada, the Crew Cuts.

Unhappy with Dootsie Williams's reluctance to pay them what they believed they were due, the group turned to Buck Ram, the manager of the Platters, who took them away from Dootone and signed both his groups to Mercury Records, a major label based in New York. The relationship turned sour, however, when the Penguins failed to emulate the success of their first hit while the Platters soared into the charts with Only You and The Great Pretender.

Earth Angel was enough to make the Penguins a popular live attraction in nightclubs and on national package tours. In 1955 they performed at the Moulin Rouge in Las Vegas, a black-run casino-hotel that would soon be closed down by the authorities when it appeared to be attracting too much custom away from the mob-run hotels on the Strip. The following year they starred at the gala reopening of Small's Paradise nightclub, in Harlem, in front of New York's music business royalty, and at Alan Freed's Labor Day show at the Brooklyn Paramount, on a bill that included Fats Domino, the Teenagers, the Cleftones, the Harptones and the Moonglows.

The incorporation of a snatch of Earth Angel in Flying Saucer, a 1956 novelty hit by Buchanan and Goodman, gave the song fresh impetus, as did its inclusion in the first volume of what became a long-lived series of Oldies But Goodies LPs released on the DJ Art Laboe's Original Sound label, but its copyright became the subject of legal dispute. The singer and songwriter Jesse Belvin, whose 1953 hit Dream Girl had provided Curtis Williams with his template, claimed authorship and won a court action, but then mysteriously signed over the rights to Dootsie Williams. The credits are now shared by Curtis Williams, Belvin – who died in a car crash in 1960 – and Gaynel Hodge, a former Hollywood Flame and later a co-founder of the Platters, but a definitive account of the song's origins now lies beyond recall.

As further releases – for Mercury, Sun State and Dootone again – failed to revive the Penguins' recording career and the early members of the group drifted away to join or form other groups, Duncan recruited new members and continued to perform. In 1963 he recorded one more classic under the group's name – Memories of El Monte, written by Frank Zappa and Ray Collins. Based on the chords of Earth Angel, the song recalls the celebrated rock'n'roll dances at El Monte Legion Stadium in the San Gabriel Valley, east of Los Angeles, at which teenagers of all ethnic backgrounds could gather, out of reach of the restrictive bylaws that governed their nocturnal activities inside the city limits. Duncan's plaintive vocal pays tribute to such contemporaries as the Shields, Tony Allen and the Champs, the Heartbeats, the Medallions and Marvin and Johnny in a song that forms a charming elegy for a bygone era of innocent pleasure.

Cleve Duncan, whose soaring tenor voice as lead singer for the Penguins helped propel the 1954 doo-wop ballad “Earth Angel (Will You Be Mine)” to rock ’n’ roll immortality, died on Nov. 7 in Los Angeles.

Art Laboe, a disc jockey who promoted Penguins concerts and produced one of Mr. Duncan’s records, announced the death on his Web site. Many sources have Mr. Duncan’s age as 77, but according to his voting records he was 78.

“Earth Angel,” which has sold more than 10 million copies, was the Penguins’ only hit. But its rhythmic, wailing plea to an idealized young woman captured the spirit of the just-emerging rock generation. “Earrrrth Aaaangel, Earrrrth Aaaangel, will you be mine?” Mr. Duncan crooned, backed by close harmony vocals and a strong beat.

For many the song evokes a glittering, timeless vision of proms, sock hops and impossibly young love. Rolling Stone placed it on its list of the 500 greatest songs ever, and films like “Back to the Future” have used it to conjure an era.

Cleveland Duncan was born on July 23 of either 1934 or 1935 in Los Angeles, and learned to sing in his church choir and glee clubs. In 1953 he was singing in a talent show attended by Curtis Williams, an aspiring songwriter and baritone singer who thought Mr. Duncan would best give voice to “Earth Angel.” (Authorship of the song became a topic of bitter dispute; Jesse Belvin and Gaynel Hodge are now credited along with Mr. Williams as writers.)

Mr. Duncan and Mr. Williams decided to form a group. Mr. Duncan brought in Dexter Tisby, a tenor, from his high school, and Mr. Williams brought in Bruce Tate, a baritone, from his. They took their name from a pack of Kool cigarettes, whose advertising mascot was a penguin. Several other vocal groups were named after bird species, so why not?

The Penguins gathered in a garage to make their first recording, the B side of a record by the Dootsie Williams Orchestra. It went unnoticed. In October 1954 they returned to the garage to record “Hey Senorita,” a song indisputably by Curtis Williams, as the A side, with “Earth Angel” on the back. Disc jockeys started playing the B side, and it took off.

In early 1955 “Earth Angel” reached No. 1 on the rhythm-and-blues charts and No. 8 on the Billboard pop chart, a rare achievement for an R&B record at the time. As was common, a white group, the Crew-Cuts, recorded a version of the song. Their rendition reached No. 3, but it is the Penguins’ original that has continued to sell.

The Penguins never again came close to their initial success. They partly blamed Buck Ram, the manager they had hired after scoring their hit. He also managed the Platters, one of the 1950s’ most successful groups, and the Penguins came to believe he gave the Platters more attention and better songs.

The Penguins broke up in 1958, but Mr. Duncan later re-formed the group. With a succession of new members, he led the Penguins for more than 40 years.

Information on Mr. Duncan’s survivors was not immediately available.


My Troubles Are Not At End