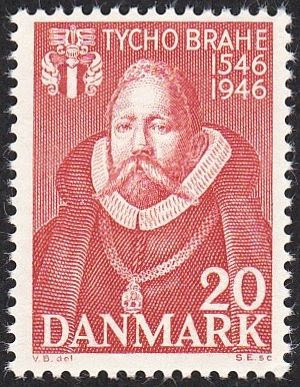 "Something is rotten in the state of Denmark," said  Marcellus [an officer] having just seen the ghost of Hamlet's father, the late king of Denmark----"Hamlet" Act I, Scene 4...William Shakespeare.

Why did they do this? Was it worth the expense?

Ever since Tycho Brahe died suddenly more than 400 years ago, there has been mystery about whether the Dane whose celestial observations laid the groundwork for modern astronomy fell victim to natural causes or was murdered.

On Thursday, scientists who had exhumed his body said one thing is clear: if he was murdered, it wasn't with mercury, as many rumors had claimed.

"We measured the concentration of mercury using three different quantitative chemical methods in our labs" in the Czech Republic and Denmark, said Kaare Lund Rasmussen, associate professor of chemistry at the University of Southern Denmark.

"All tests revealed the same result: that mercury concentrations were not sufficiently high to have caused his death. In fact, chemical analyses of the bones indicate that Tycho Brahe was not exposed to an abnormally high mercury load in the last five to 10 years of his life," Rasmussen said in a statement.

The scientists didn't say what did kill the astronomer, but tests on the remains are still being conducted.

Brahe's death in 1601 at the age of 54 was long believed to have been due to a bladder infection. Legend said it was the result of his reluctance to breach court etiquette during a reception by leaving for a toilet. Kidney disease was another suspect.

But some speculated that he might have been poisoned with mercury, even at the hands of a king or a rival astronomer.

"Brahe's famous assistant (astronomer) Johannes Kepler has been identified as a possible murder suspect, and other candidates have been singled out for suspicion throughout the years." said Jens Vellev, a professor of medieval archaeology at Aarhus University, Denmark, who heads the Czech-Danish team of scientists that conducted the research.

Some even contend that a cousin of Brahe's killed him on the orders of Danish King Christian IV for allegedly having an affair with the king's mother.

Tests conducted in 1996 in Sweden, and later in Denmark, on samples of Brahe's mustache and hair obtained in a 1901 exhumation, showed unusually high levels of mercury, supporting the poisoning theory.

But Vellev wasn't satisfied with that conclusion and he won permission from the church and Prague authorities to reopen the tomb, saying the remains needed to be analyzed with contemporary technology.

His team opened Brahe's tomb in the Church of Our Lady Before Tyn near Prague's Old Town Square two years ago.

Tests on Brahe's beard and bones resolved the mercury question, Vellev said, but work is still being done on his teeth and that could determine his cause of death.

Brahe was born in 1546 at his family's ancestral castle in Scania, then part of Denmark, and he studied astronomy at the University of Copenhagen and in Germany. He worked at the court of the Holy Roman Emperor Rudolph II at a time when Prague was an imperial city.

In 1572, Brahe detected a new star in the constellation Cassiopeia. At the time the heavens were thought to be unchanging, so his discovery was startling. The next year, he became the first astronomer to describe a supernova, or exploding stars.

The exhumation also shed light on another mystery linked to Brahe – his artificial nose.

The astronomer had part of his nose sliced off in a 1566 duel with a fellow nobleman while a student in the German city of Rostock, and the missing piece was replaced by a metal plate.


Macabre...Galileo's lost tooth and fingers
Posted by Mercury at 10:32 AM