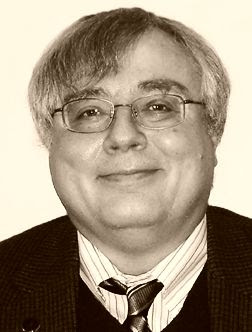 I guess this concept will never go away. At least it is funded by private concerns.

Two decades ago, a University of Missouri research team conducted a fusion experiment that emitted a burst of millions of neutrons.

But Mark Prelas, now a professor in the Nuclear Science and Engineering Institute, was forced to stop the work when his then-supervisor cut off his funding. By 1991, when Prelas made the observation, Utah researchers Martin Fleischmann and Stanley Pons' claims of cold fusion had been dismissed as junk science. Prelas moved on to other things.

This year, he was able to resurrect his neutron-producing experiment thanks to the new Sidney Kimmel Institute for Nuclear Renaissance, or SKINR, at MU.

The institute was created with a $5.5 million gift from Kimmel, an apparel tycoon who founded The Jones Group. Prelas's team is one of six research groups now working on energy-related studies through SKINR, said Rob Duncan, MU's vice chancellor of research.

Prelas has picked up where he left off in 1991. In both experiments, he and fellow researchers exposed deuterium-saturated metal to a rapid rise in temperature, making it undergo a phase change in which deuterium atoms transitioned from hydride to deuterium gas. That gas then became trapped in a crystal lattice and subjected to instantaneous compression, resulting in the neutron burst. If that sounds too complex, think of a car engine compressing gasoline and air, causing gas to flood spaces and produce high pressures, Prelas said.

In the original experiment, the team created a device to record emitted neutrons with the expectation of counting about 10 neutrons a second. The card's storage was used up in less than one hundredth of a second.

"This was incredible to us," Prelas said in an email. "The neutron production went on for five minutes and then I decided to put the device back into liquid nitrogen to shut the reaction down. We thermal shocked the device two more times and each time we produced large neutron bursts."

Before he could buy supplies to continue the work, his research account had been frozen.

With SKINR funding, he's re-created the experiment this year. Modern-day equipment has allowed for a better counting system, and in one run, his research team saw neutron emissions at similar levels to the 1991 observation.

Prelas — who presented his findings at the 17th International Conference on Cold Fusion in Korea in August — has theories but doesn't know yet exactly what's causing the presence of the neutrons. He's now testing various types of titanium to identify the metallurgical properties in which this neutron production phenomenon occurs.

"I'm really excited by it," Duncan said of the early results.

He stressed that researchers will continue to follow the scientific method and disprove assumptions until "what they're left with has a good chance of being reality."

A success will "lead to engineering better systems that will benefit humans, but first things first," Duncan said. "We've got to understand what this is. … The focus clearly has to be on an opportunity to discover new physics and to understand new science. That really is our aim here at SKINR."

Enter "cold fusion" in the blog's search engine for more.
Posted by Mercury at 3:45 PM