The Planet Krypton found according to Neil deGrasse Tyson 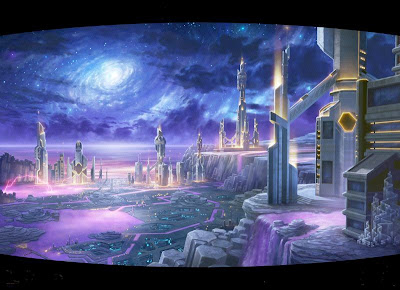 Neil deGrasse Tyson, astrophysicist extraordinaire, can sometimes seem like a character in a superhero comic. Now he is one.

Tyson, the charismatic director of New York's Hayden Planetarium, appears in DC Comics' newest Superman issue, helping the Man of Steel glimpse his home planet, Krypton. The scene is poignant: Superman observes the planet just in time to witness the explosion that devastated it shortly after his birth.

When DC Comics approached Tyson to allow his likeness to appear in the issue, he didn't just sign off and go on with his day. He worked with the writers on the storyline and ended up identifying a real-life star that could serve as the basis for Krypton's sun, called Rao in the comic book series.

On Thursday morning, Tyson invited a few reporters to his office at the American Museum of Natural History to explain how he "found" Superman's home solar system—and why he thought it was worth doing. Here's Tyson on how the conversation with DC Comics went down:


So Superman is in our present, but always the same age [according to DC Comics]. Well how old is he? They say late twenties. It's a little nebulous there, late twenties. Well, if he comes to the Hayden Planetarium and observes the death of Krypton from an actual star, that star will have an actual distance. And if it has an actual distance, it tells us exactly how old Superman is.
So my task, at their request—well actually, they didn't even know how to ask this. They just said, "Could we just show this?" And I said, "Sure you could show it. Why don't I get you an actual star?" They didn't even know that maybe we could do that. There are star catalogues. Let me see if there's a star that is late-twenty-something light-years away. Then it would have taken twenty-something years for its light to get here. Superman is twenty-something years old. He sees the destruction. ...
So there's a huge effort that's been going on for the past several decades to catalog the nearby stars in the night sky. So I look at the nearby catalogs, and I find a star that's 27 light-years away. That's a nice, virile age for Superman to be. And it is an M-dwarf. It's red. So was Superman's home star! His home star, which I would learn in my conversations with them, has a name: It's Rao. It's red. So we got a red star at the right distance. So—[slaps hands three times as if brushing off dirt]—got that done. Then we said, alright, we bring him here in a wormhole—[slaps hands again]—got that done. So one by one we are assembling the scientific foundation for their storytelling.

The correspondence isn't perfect. Rao's real-life counterpart, called LHS-2520, probably doesn’t actually have any planets. If it did, they would be too dim for our telescopes to spy. And if it had a planet whose years lasted as many days as Krypton's do, that planet's distance from Rao would likely make it inhospitably frigid. (To account for this, Tyson posits that Krypton is geologically active, which could help to explain why it blew up.)

Regardless, it's pretty cool that generations of Superman fans can now point to the speck in the night sky from which the superhero originated. It's within a small constellation called Corvus, which is visible from the Southern Hemisphere (or the Northern Hemisphere's lower latitudes at the right time of year) with a high-powered backyard telescope.

This isn't the first time Tyson has injected genuine astronomy into a fictional work: He also goaded James Cameron into changing the night sky near the end of Titanic to more accurately represent the star field that Rose would have seen that night.

So why would a real-life astrophysicist take the trouble to flesh out make-believe stories? Tyson offered a couple of reasons. One is that he feels artists often avoid scientific detail out of fear that it will constrain their creativity, when it's more often the opposite, in his experience: When it comes to space, truth tends to be stranger—and more fascinating—than fiction.

The other reason struck me as even more compelling. Tyson has long been a vocal critic of NASA budget cuts, arguing that America's space program has immeasurable positive spillover effects on the nation's economy. Not least of those, in his mind, is its capacity to inspire wonder and scientific curiosity in the country's children. At the height of NASA's Apollo program, Tyson says, "You didn't need special programs to get people interested in STEM fields. You needed programs to manage the vast numbers of people who were interested." Kids were so excited about science you practically had to hold them back.

Tyson is all for today's commercialized space exploration efforts, but he doubts that the free market will ever produce expeditions as risky, groundbreaking, and awe-inspiring as those that the government could sponsor. From Ferdinand and Isabella backing Columbus to NASA putting men on the moon, he says, "Governments have always taken the first steps into the unknown." With NASA ever more constrained, Tyson sees it as part of his mission to keep young people excited about the worlds beyond ours in any way he can. He’s not Superman—he jokes that he had to ask the strip's illustrators to "shave a few pounds off" when they portrayed him in the comic—but his quest has a heroic element nonetheless.
Posted by Mercury at 3:15 PM