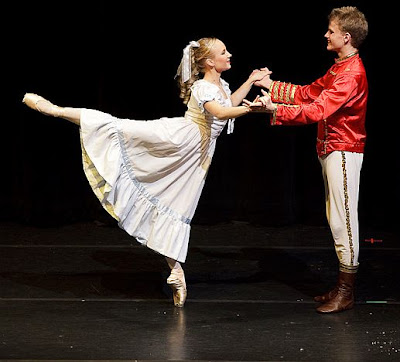 Normally, the thought of a ballet evokes the above...

But ballet is an open arts venue and why not encompass philosophy. 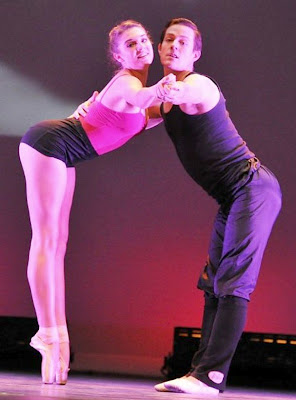 "BALLET: Thinking on their feet"

"It's certainly been challenging," Bridgeman said. "I started developing the project in June of this year and I really struggled."

After watching the documentary "A Path to Happiness," Bridgeman, who is studying philosophy at ASU, knew what to do. The documentary helped her organize her thoughts.

"It was segmented and organized in a way I thought I could play off the idea and parlay into a dance," she said. "And that's what I did."

The hourlong ballet is broken into six movements. Each movement explores a famous philosopher's idea of what contributes to a person's happiness.

All the while, a musical video Bridgeman created plays on a screen behind the dancers. The video includes photographs, movies and quotations to help the audience connect with what's going on.

Socrates, for instance, thought to be happy you have to "think for yourself."

The movements in that section are choreographed to that idea.

"I tried to demonstrate the process of thinking for yourself and how it can be hard at first," Bridgeman said.

The dancers show human beings behaving in a mechanical way, like robots, or sheep.

Then one dancer, called the Free Thinker, "expands out of the group," Bridgeman said.

"The quotes I chose are very famous and most people can relate to those ideas whether they agree with them or not," Bridgeman said. "I personally don't embrace all these ideas of life, but it sure has been fun to explore each idea thoroughly."

The show will include a dozen local dancers and four invited artists from Austin, San Antonio and Birmingham, Ala.

How did the local dancers respond to the concept?

"They were surprised, but not too surprised," Bridgeman said, laughing.

The director said she has been with the ballet long enough that students expect challenging, creative ideas for the fall show.

Choreographing the show has not been easy, she admitted.

"I think there are strong moments, and there are moments we're still trying to deal with. I think I'm just relieved to know it's possible," she said.

"Even if it's not perfect, it's doable."

Illustrating Seneca's quote on anger, dancers stage a fierce fight, three against one, with choreographed punching, kicking and crouching.

"Anger, if not restrained, is frequently more hurtful to us than the injury that provokes it," Seneca said.

The dancers show us how.
Posted by Mercury at 12:04 PM