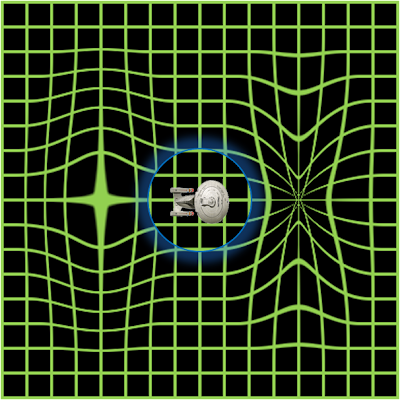 You can decide for yourself.

Over the last decade, there has been a respectable level of scientific interest regarding the concept of a `warp drive'. This is a hypothetical propulsion device that could theoretically circumvent the traditional limitations of special relativity which restricts spacecraft to sub-light velocities. Any breakthrough in this field would revolutionize space exploration and open the doorway to interstellar travel. This article discusses a novel approach to generating the `warp bubble' necessary for such propulsion; the mathematical details of this theory are discussed in an article published in the Journal of the British Interplanetary Society. The theory is based on some of the exciting predictions coming out of string theory and it is the aim of this article to introduce the warp drive idea from a non-mathematical perspective that should be accessible to a wide range of readers.


Putting the "Warp" into Warp Drive
Posted by Mercury at 12:42 PM