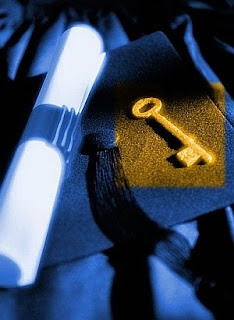 This is quite sad news and indicative of an attitude regarding education and the terrible economic status of this country. The Boston Globe reported that "The Massachusetts Educational Financing Authority today said it will not be able to provide any student loans this fall, which could leave tens of thousands of families in the lurch just weeks before college classes begin." This posture will certainly have a trickle down effect everywhere. All ready some banks are ceasing educational loans. Where are the philanthropists?

Boston Globe
The Massachusetts Educational Financing Authority today said it will not be able to provide any student loans this fall, which could leave tens of thousands of families in the lurch just weeks before college classes begin.

The nonprofit lending authority said it was unable to secure funding to provide private student loans. It is contacting more than 40,000 students and families to whom it has made loans in the past, to urge them to seek other options.

"As a result of our problems and the continued dislocation of the capital markets, we have been unable to raise funds for the coming academic year,'' said Thomas M. Graf, executive director of the group.

In April, the authority -- which is widely used by Bay State students -- announced that it would no longer extend federally backed loans, due to the credit crunch that has roiled the student loan market. But on June 25, the authority had said it expected to be able to offer private loans at fixed rates by the end of July. The group has now abandoned that hope, Graf said. MEFA made $510 million in student loans in the last school year.

For families and students with tuition bills due in August, Graf said, "Time is relatively short. Parents and families really need to satisfy their bills."

He said MEFA will have a hotline set up to offer advice and is encouraging families to seek federally backed loans first, then to shop for private loans, based in part on the recommendations made to them by colleges and universities.

The student loan market began running into trouble at the end of last year, following the subprime mortgage crisis. A kind of long-term debt many lenders had relied on to make loans, called auction-rate bonds, stopped trading on Wall Street entirely in February 2008, as investor demand dried up. It has been difficult for some authorities, like the Massachusetts Educational Financing Authority, to refinance their old auction-rate bonds.

Graf said the reversal of events on private loans occurred when the agency's bond insurer faced a possible downgrade in its credit rating, which, in turn, would have pushed up the cost of floating new debt. Problems with bond insurers have compounded the turmoil in the debt markets this year.

The group still hopes to acquire funding later this year and for spring 2009, Graf said. He noted that MEFA, which employs about 50 people, continues to run other educational programs, including the college savings plan it manages jointly with Fidelity Investments. Massachusetts families have nearly $3 billion in college savings in that program, Graf said. In addition, the lender has about $1.5 billion in past loans on its books which it continues to service.

About 50 nonprofits, banks, and government entities have stopped making some or all kinds of student loans this year.
Posted by Mercury at 5:48 AM