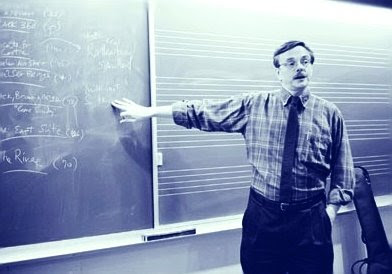 Well, what do you expect from a society that wants the technology of science and does little to promote science. Go Tigers....

Chemical & Engineering News
THE AMERICAN ASSOCIATION of University Professors' (AAUP) survey of the economic status of the academic profession in 2007–08 reports an average salary increase over the previous academic year of 5.1% for what it calls continuing faculty—those who were employed full time at the same institution both years. This figure best approximates the raise an average faculty member received for this academic year, although it does include the effect of promotions.

Because of the recent sharp rise in the rate of inflation, the average constant-dollar salary for all academics as a group fell slightly, by 0.3%, between the 2006–07 and 2007–08 academic years. It was the third such decline in the past four years.

Entitled "Where Are The Priorities?" the report comments on the growing divergences among the salaries of faculty members, which are relatively low and growing slowly; senior administrators, which are considerably higher and growing faster; and college football coaches, which are off the charts and growing much faster.

The report also comments on dramatic changes in the staffing of universities between 1976 and 2005 with the number of full-time nonfaculty professionals and part-time faculty exploding while tenured/tenure-track faculty inched up by just 17% over these 29 years.

AAUP is an organization of about 47,000 individual members. Its headquarters is in Washington, D.C., and it has chapters on many campuses. Primarily concerned with academic freedom, AAUP has been gathering comprehensive data on full-time faculty salaries every year for almost 50 years.

The organization gathered data on a total of 386,300 faculty members from 1,386 institutions for its 2007–08 survey. They are presented as a report of the Committee on the Economic Status of the Profession, chaired in 2008 by Saranna Thornton, a professor of economics at Hampden-Sydney College, in Virginia. AAUP’s director of research and public policy, John W. Curtis, and Research Associate Doug Kinsella gathered much of the data.

The response rate was high for Ph.D.-granting schools, 88%. For institutions where the top degree awarded is a master’s or a bachelor’s, it was 57% and 54%, respectively. Two-year colleges were the least responsive, about 25%. The data come directly from the schools, not from individual faculty members. Data are for all disciplines combined; they are not broken down by discipline.

The National Center for Education Statistics indicates a nationwide total of 675,000 full-time faculty members in 2005.

GENDER IS NO LONGER a major factor in faculty salaries at bachelor's- and master's-granting schools. At the former, women's average salaries are between 95% and 98% those of men and at the latter, 95% or 96%.

At Ph.D.-granting schools, the gender gap is a little larger, with women's average salaries at 91% or 92% those of men. It is possible that much of this difference is due to the women being somewhat younger than the men.

AAUP does not gather data on the age of faculty members. Response to the American Chemical Society’s annual salary surveys indicates that male Ph.D. chemists are on average about seven years older than female Ph.D. chemists.

AAUP also presents data on the institutional cost of benefits for faculty members. It averages $20,800, or 27.5% of salaries.

Data from the latest annual salary and employment survey of ACS members in the domestic workforce (C&EN, March 3, page 37) are generally in line with the AAUP data. The average 5.1% salary increase for continuing faculty from the AAUP survey is close to the 5.5% average increase for individual Ph.D. chemists from the ACS survey. Also, constant-dollar median salaries of chemists as a group have been on a slow decline since highs of four years ago.

ONE AREA in which chemistry varies considerably from the norm is the percentage of faculty who are women. The ACS survey indicates that 16% of the full professors responding are women, as are 27% of associate professors and 29% of assistant professors. The breakdown from the AAUP survey is 26%, 40%, and 48%, respectively.

To explain the stagnancy of faculty salaries, the AAUP report points to the stresses and strains that colleges and universities face today. "Students are enrolling in record numbers, legislators and employers are demanding greater skill levels from graduates, and higher education is increasingly being called upon to do the work of economic development," the report states. "At the same time, the share of institutional funding provided by state and federal governments continues to decline. Given these competing pressures on institutions, financial decision-making has become a matter of determining priorities."

The tone of the report's analysis is that faculty members are getting the short end of the stick in priority setting.

One concern, first expressed in last year's AAUP survey, is that in 1995–96 and 2005–06, salary increases for university presidents were more than six times salary increases for faculty. In this year's report, data show that over the past two years, the salary gains for presidents and other senior administrators continued to outstrip gains for faculty members by about two to one.

The AAUP report claims that universities are embracing the operating strategies of for-profit corporations with growing fervor and that the allocation of staff within a university indicates its priorities. For example, the size of full-time faculty has stagnated. And teaching and research functions are increasingly outsourced to poorly paid non-tenure-track adjunct faculty, part-time faculty, postdoctoral fellows, and graduate students.

The governance role of faculty is also on the decline. The report points to DOE data showing that over these years the number of full-time administrators increased by 101% and that of full-time nonfaculty professionals increased by 281%.

AAUP's report suggests that faculty may have been complicit in their weakening role in governance "by choosing to spend more time in what we enjoy (teaching and research) and less time doing what we find onerous (administration)."

The report concludes with a disclaimer and a question. It says it does not raise questions about priorities and salaries to denigrate the work of certain individuals or groups and to pit them against each other.

But still it asks, "Why is 'the market' employed as a rationale for skyrocketing salaries for some individuals [such as the football coaches], when the same 'market factors' supposedly dictate extreme measures to reduce the cost of employing faculty?"
Posted by Mercury at 6:28 PM