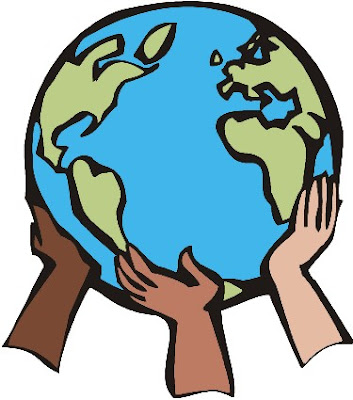 Just another example of a corrupt administration. I suppose political ethics have evaporated.

The former official, Jason K. Burnett, made the assertion and described similar incidents in a three-page letter to Senator Barbara Boxer, a California Democrat who is the chairwoman of the Senate Environment and Public Works Committee. He then stood with her at a news conference at which she excoriated the Bush administration.

"History will judge this Bush administration harshly for recklessly covering up a real threat to the people they are supposed to protect," Mrs. Boxer said.

Mr. Burnett, a lifelong Democrat, resigned in May from his post as an associate deputy administrator of the Environmental Protection Agency and chief adviser on climate to Stephen L. Johnson, the E.P.A. administrator. Mr. Burnett has previously criticized the administration's climate policies and endorsed and contributed to Senator Barack Obama's presidential campaign.

In the letter, while declining to name individuals, Mr. Burnett said the offices of Mr. Cheney and the White House Council on Environmental Quality "were seeking deletions" of sections of draft testimony describing health risks from warming. The testimony was prepared by Dr. Julie L. Gerberding, the head of the Centers for Disease Control and Prevention, for a hearing last October before Mrs. Boxer's committee.

Mr. Burnett's letter said the council "requested that I work with C.D.C. to remove from the testimony any discussion of the human health consequences of climate change."

The changes were made before the testimony was delivered. At the time, the E.P.A., complying with a Supreme Court ruling, was finishing a document assessing whether carbon dioxide, the main emission linked to global warming, endangered public health or welfare as defined under the Clean Air Act.

At the news conference, Mrs. Boxer strongly chided Dana M. Perino, the White House press secretary, for asserting last year that the changes in testimony were justified because the statements did not comport with the influential review of climate risks by the Intergovernmental Panel on Climate Change. "This was a lie," Mrs. Boxer said.

She demanded that Mr. Johnson turn over all documents related to the assessment of carbon dioxide's risks, or else resign.

"Senator Boxer should not throw around charges like lying in cases where there might be a difference of opinion," he said.

Marc Morano, a spokesman for James M. Inhofe, an Oklahoma Republican and the ranking minority member on the Senate environment committee, also said the criticism was unjustified.

"All administrations edit testimony before it is submitted to Congress," he said, describing incidents during the Clinton administration involving Roy W. Spencer, a NASA scientist at the time who questioned the dangers of human-caused warming. Mr. Spencer said his superiors told him not to express his views about the dangers of global warming in testimony.

Mrs. Boxer insisted that the efforts last year by the White House constituted a "cover-up" and "censorship," and she announced plans for more hearings.
Posted by Mercury at 7:46 AM