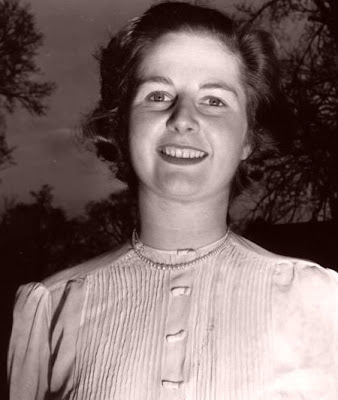 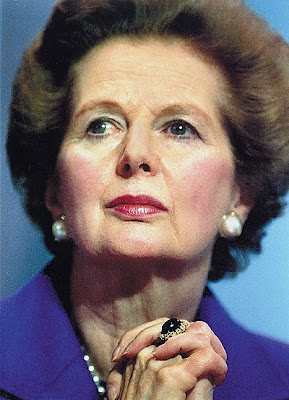 Margaret Hilda Thatcher...was born in 1925. She studied chemistry at Oxford University, and worked as a research chemist before becoming a barrister in 1954. She began her parliamentary career in 1961. In 1970 she was made Secretary of State for Education and Science, and in 1974, Opposition Front-bench Spokesman. She was elected leader of the Conservative Party in 1975, and in 1979 became Britain's first female prime minister. After three general election victories in November 1990 she was forced out of office by her own party, and in 1992 she was elevated to the House of Lords to become Baroness Thatcher of Kesteven.

"Does it matter that Margaret Thatcher was once a chemist?"

The British Society for the History of Science

In the immense literature on Thatcher and Thatcherism, no author discusses in any depth the connection between Thatcher, scientist, and Thatcher, politician.

Margaret Thatcher took science subjects at school and studied chemistry at the University of Oxford, where she was influenced by two leading women scientists Janet Vaughan and Dorothy Hodgkin . She did a fourth year dissertation on x-ray crystallography of gramicidin just after the war. She then gathered four years experience as a working industrial chemist, at BX (British Xylonite) Plastics and at Lyons.

Historian of science Jon Agar argues that having lived the life of a working research scientist she had a quite different view of science from any other minister responsible for science. "This is crucial for understanding her reaction to the proposals - associated with the Rothschild reforms of the early 1970s - to reinterpret aspects of science policy in market terms," says Agar. "Historians should revisit concrete policy decision moments to uncover a more convincing history of "Thatcherism"," he says.

She is also credited with the world notification of "global warming"--not Al Gore.

The original theory was from a fringe scientist and when it surfaced nearly all mainstream scientists found it laughable. Man's contribution to CO2 in the atmosphere is so small when compared to the contributions from volcanoes, plants and especially the oceans, it's doubtful man could effect anything, let alone climate, by producing CO2. But Thatcher had a problem and a plan.

The previous government had been brought down by a devastating and violent coal mine strike and another strike came along as she was in office. Being determined to break the cycle of labor, a large part of it being coal miners, reeking such havoc and ultimately dictating terms to the government, she was determined to move the country away from coal as a power source.

Not trusting Middle Eastern oil as a power source that would produce stability , she wanted to move Britain toward nuclear energy in a major way. The strongest selling point was that nuclear energy was clean and she seized upon the CO2 theory, reasoning that if she could increase concern over coal, she'd be able to implement plans to begin building nuclear reactors.

Millions of government dollars were placed on the table at Britain's National Academy of Science to produce specific science that heightened concerns over CO2 as a serious health and environmental concern. The meme, if you will, and the dollars available to scientists for such work grew, in Britain and across Europe and even in the US. It was the seed of the Global Warming industry we see today.

The film, relying upon several credible scientists, pretty much destroyed the current theory of Global Warming, including Gore's film, repeatedly citing specific science from MIT to the National Academy that conflicts with the theory and demonstrates how science is being manipulated to support the GW movement today.

And she graced the cover of Time. 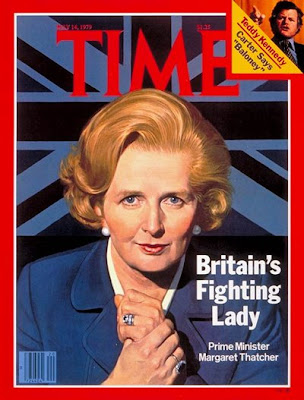 Time
She was the catalyst who set in motion a series of interconnected events that gave a revolutionary twist to the century's last two decades and helped mankind end the millennium on a note of hope and confidence. The triumph of capitalism, the almost universal acceptance of the market as indispensable to prosperity, the collapse of Soviet imperialism, the downsizing of the state on nearly every continent and in almost every country in the world--Margaret Thatcher played a part in all those transformations, and it is not easy to see how any would have occurred without her.

Born in 1925, Margaret Hilda Roberts was an enormously industrious girl. The daughter of a Grantham shopkeeper, she studied on scholarship, worked her way to Oxford and took two degrees, in chemistry and law. Her fascination with politics led her into Parliament at age 34, when she argued her way into one of the best Tory seats in the country, Finchley in north London. Her quick mind (and faster mouth) led her up through the Tory ranks, and by age 44 she got settled into the "statutory woman's" place in the Cabinet as Education Minister, and that looked like the summit of her career.

But Thatcher was, and is, notoriously lucky. Her case is awesome testimony to the importance of sheer chance in history. In 1975 she challenged Edward Heath for the Tory leadership simply because the candidate of the party's right wing abandoned the contest at the last minute. Thatcher stepped into the breach. When she went into Heath's office to tell him her decision, he did not even bother to look up. "You'll lose," he said. "Good day to you."

But as Victor Hugo put it, nothing is so powerful as "an idea whose time has come." And by the mid-'70s enough Tories were fed up with Heath and "the Ratchet Effect"--the way in which each statist advance was accepted by the Conservatives and then became a platform for a further statist advance.

She chose her issues carefully--and, it emerged, luckily. The legal duels she took on early in her tenure as Prime Minister sounded the themes that made her an enduring leader: open markets, vigorous debate and loyal alliances. Among her first fights: a struggle against Britain's out-of-control trade unions, which had destroyed three governments in succession. Thatcher turned the nation's antiunion feeling into a handsome parliamentary majority and a mandate to restrict union privileges by a series of laws that effectively ended Britain's trade-union problem once and for all. "Who governs Britain?" she famously asked as unions struggled for power. By 1980, everyone knew the answer: Thatcher governs.

Once the union citadel had been stormed, Thatcher quickly discovered that every area of the economy was open to judicious reform. Even as the rest of Europe toyed with socialism and state ownership, she set about privatizing the nationalized industries, which had been hitherto sacrosanct, no matter how inefficient. It worked. British Airways, an embarrassingly slovenly national carrier that very seldom showed a profit, was privatized and transformed into one of the world's best and most profitable airlines. British Steel, which lost more than a billion pounds in its final years as a state concern, became the largest steel company in Europe.

By the mid-1980s, privatization was a new term in world government, and by the end of the decade more than 50 countries, on almost every continent, had set in motion privatization programs, floating loss-making public companies on the stock markets and in most cases transforming them into successful private-enterprise firms. Even left-oriented countries, which scorned the notion of privatization, began to reduce their public sector on the sly. Governments sent administrative and legal teams to Britain to study how it was done. It was perhaps Britain's biggest contribution to practical economics in the world since J.M. Keynes invented "Keynesianism," or even Adam Smith published The Wealth of Nations.

But Thatcher became a world figure for more than just her politics. She combined a flamboyant willpower with evident femininity. It attracted universal attention, especially after she led Britain to a spectacular military victory over Argentina in 1982. She understood that politicians had to give military people clear orders about ends, then leave them to get on with the means. Still, she could not bear to lose men, ships or planes. "That's why we have extra ships and planes," the admirals had to tell her, "to make good the losses." Fidelity, like courage, loyalty and perseverance, were cardinal virtues to her, which she possessed in the highest degree. People from all over the world began to look at her methods and achievements closely, and to seek to imitate them.

One of her earliest admirers was Ronald Reagan, who achieved power 18 months after she did. He too began to reverse the Ratchet Effect in the U.S. by effective deregulation, tax cutting and opening up wider market opportunities for free enterprise. Reagan liked to listen to Thatcher's various lectures on the virtues of the market or the minimal state. "I'll remember that, Margaret," he said. She listened carefully to his jokes, tried to get the point and laughed in the right places.

They turned their mutual affection into a potent foreign policy partnership. With Reagan and Thatcher in power, the application of judicious pressure on the Soviet state to encourage it to reform or abolish itself, or to implode, became an admissible policy. Thatcher warmly encouraged Reagan to rearm and thereby bring Russia to the negotiating table. She shared his view that Moscow ruled an "evil empire," and the sooner it was dismantled the better. Together with Reagan she pushed Mikhail Gorbachev to pursue his perestroika policy to its limits and so fatally to undermine the self-confidence of the Soviet elite.

Historians will argue hotly about the precise role played by the various actors who brought about the end of Soviet communism. But it is already clear that Thatcher has an important place in this huge event.

It was the beginning of a new historical epoch. All the forces that had made the 20th century such a violent disappointment to idealists--totalitarianism, the gigantic state, the crushing of individual choice and initiative--were publicly and spectacularly defeated. Ascendant instead were the values that Thatcher had supported in the face of sometimes spectacular opposition: free markets and free minds. The world enters the 21st century and the 3rd millennium a wiser place, owing in no small part to the daughter of a small shopkeeper, who proved that nothing is more effective than willpower allied to a few clear, simple and workable ideas.

And I will leave with this link to Margaret Thatcher's speech to the Royal Society on September 27th, 1988.

Royal Society speech
Posted by Mercury at 9:36 AM