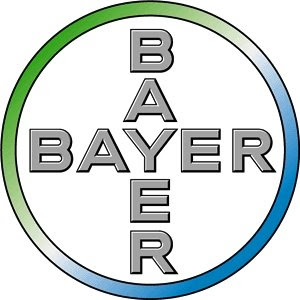 Maybe this is a good thing.

"Spreading The Joy Of Science"

Chemical & Engineering News
Teaching science to a classroom of high school students or even younger pupils has got to be an intimidating prospect for some instructors, particularly those who haven’t had much science education themselves.

But teachers don't have to go it alone. They can tap into resources provided by numerous partners, including Bayer Corp., which was recently honored for its extensive science education efforts. On May 6, the National Science Board presented Bayer with the 2008 Public Service Award at a ceremony at the Department of State. NSB, which advises the President and Congress on science and engineering matters, presents the annual award to individuals or organizations that have increased public understanding of science and engineering.

The award "honors the work and commitment of Bayer's more than 1,000 employees who volunteer their time and talents to ignite student interest in science and bring it alive in classrooms across the country," says company President and Chief Executive Officer Attila Molnar.

For the past 40 years, these volunteers have been visiting schools, science centers, zoos, museums, and community events, and even opening up their labs "to inspire and serve as important role models to today's students," the company notes in its literature.

Bayer backs these science education efforts for many reasons. "As a science-based company whose vitality and viability depend on a well-trained, well-educated workforce, we have long been committed to helping improve science, technology, engineering, and mathematics, or STEM, education in the U.S.," Molnar explains. "But our involvement also stems from something much larger than our own concerns. It is something that is embodied in Bayer's mission of 'Science for a Better Life,' a mission which holds as one of its key tenets that corporate social responsibility must benefit humankind and society at all levels."

Thus, the company notes, "MSMS not only helps educate the next generation of scientists, technologists, engineers, and mathematicians. It equips all students with the skills acquired from a high-quality, hands-on science education, such as critical thinking, creativity, and adapting to change—skills that in today's scientific and technological world are essential to any career one chooses."

THE EMPHASIS is "science literacy, not the next Nobel Laureate," says Jemison, who is the lead spokeswoman for Bayer’s science literacy campaign. "People who vote and members of Congress need to understand science." Molnar adds that the program is intended to develop skills that can be applied in "science-based decision-making."

Bayer Corp., which produces health care, crop science, and materials science products, is the U.S. subsidiary of Bayer AG, headquartered in Leverkusen, Germany. Internationally, Bayer supports STEM educational activities in dozens of countries in North America, Europe, Asia, Latin America, and Africa. In Germany, for example, the company has created BayLab facilities at several of its campuses where employee volunteers host schoolchildren and help them discover the principles of chemistry, biology, physics, and medicine through hands-on experiments.

Another program for high school and college students is called the Young Environmental Envoys. Founded in 1995 by Bayer and the United Nations Environment Program, the program brings students from 15 countries in Asia, Eastern Europe, Latin America, and Africa to Bayer’s headquarters in Germany for a weeklong study trip. There they learn firsthand about the principles and methods underlying modern environmental protection. Upon returning home, the students bring their newly gained knowledge and experience to their own local environmental protection networks.

In the U.S. alone, Bayer has deployed MSMS at 11 locations where the company has facilities. In the first six months of this year, the Bayer USA Foundation has awarded nearly $2 million in STEM education grants in these communities.

ONE OF THE first programs under the MSMS umbrella originated some 15 years ago, when Bayer gathered community and education leaders in Pittsburgh, its U.S. headquarters, to discuss how to improve science education in the local elementary schools. With their input, the company launched ASSET (Achieving Student Success through Excellence in Teaching) the following year. Bayer notes that ASSET and the other MSMS programs share five features that the National Science Resources Center identified as key to successful reform initiatives. NSRC is a science-education partnership between the National Academies and the Smithsonian Institution.

Hands-on experiments are one of the most important features of the program. "Kids' natural instinct is to try stuff," Jemison says. She adds that Bayer's surveys of students show that they "think that science is the coolest subject—whether they do well or not—as long as it is hands on." Bayer says that "with the hands-on, inquiry-centered curriculum, students learn science the way scientists do—by hypothesizing, observing, experimenting, keeping journals, problem solving, and working in teams."

Equally important for success is training that helps teachers transition from the traditional textbook-based method to the more inquiry-centered model that ASSET supports.

Bayer supplied most of the financial and human resources for ASSET’s initial rollout, though the program ultimately attracted $5 million in funding from the National Science Foundation. ASSET is now self-sustaining.

Since its introduction in two Pittsburgh-area school districts, ASSET has spread to 40 school districts in southwestern Pennsylvania. Some 1,800 teachers and 125,000 students use the program each year.

But ASSET isn’t just a local success. Bayer notes that Gov. Edward G. Rendell has backed the program with his initiative known as "Science: It's Elementary," and the Pennsylvania Legislature has approved millions in funding to roll it out in elementary schools across the state, "effectively turning ASSET into Pennsylvania's official state elementary science curriculum." Bayer offers programs similar to ASSET to school districts elsewhere in the U.S.

Assessment of students who use ASSET indicates that "they are outperforming their U.S. counterparts and achieving at the highest international levels, right alongside students from the very countries that consistently produce some of the best and brightest STEM talent, like Singapore, Korea, and Japan," according to Bayer. The program also helps shrink the gap in performance between white and minority students, the company says.

"All of this comes at a particularly critical moment for the U.S., if we are to heed a number of recent national reports that predict a growing shortfall of American scientists and engineers in the near future and that call for renewed efforts to bring more women and minorities...into STEM," the company notes.

Bayer has published two guides describing best practices for overcoming the diversity gap in science and engineering education. The publications are matter of fact about conditions in schools and proffer practical advice. For instance, one guide suggests that guidance counselors should be provided with information about STEM job options because they "often are not well informed about the countless career opportunities that exist for today's students." It also recommends that schools that lack modern lab equipment partner with nearby colleges or companies to gain access to better equipped labs.

Bayer hopes these publications, which include contact information for each of the listed programs, will stimulate other businesses to support such programs in their own communities.

Some education programs have already attracted multiple corporate backers. For instance, the Biotech Partners program, which was founded by Bayer and the city of Berkeley, Calif., has drawn the support of some 20 biotech companies in the area. The firms host local high school students for paid summer internships and host community college students for yearlong co-op jobs. The goal is to prepare students—particularly groups underrepresented in the sciences, including students of color, women, and those from low-income households—for positions in the bioscience and health care industries.

Helping these students succeed in school, Bayer notes, "often means addressing issues that are not necessarily academic in nature. These can include lack of self-motivation, child-care issues, housing instability, and family problems."

Specifically, Biotech Partners matches students with mentors who advocate on the students' behalf and coach them on overcoming barriers in their life and in the workplace. In addition, the program helps students purchase textbooks and select appropriate workplace attire.

Bayer notes that the program "is designed to build students' confidence in their ability to succeed in the world both academically and professionally."

Franklin Harris is one of those students. "When I was in the 10th grade, I never thought that I was going to make it out of high school," he says. "I did not think that I would be making a 3.7 grade point average my senior year. But the biotech program made me realize that I could do whatever I wanted to do—that the sky was really the limit," adds Harris, a 2007 graduate of Berkeley High School and the Biotech Partners Biotech Academy and currently in the Biotech Partners Community College/Co-op Job program. "They never doubted me and they never put me down or told me that I could not do it. ... Joining Biotech Partners was one of the best moves that I ever made."

Bayer reports that 97% of the students who complete at least one year of the program graduate from high school—far more than the 71% graduation rate for California as a whole.

Other endeavors listed in Bayer's reports on best practices include the American Chemical Society's Project SEED, which places economically disadvantaged high school students in labs for hands-on research in the summer. Students earn stipends for their work.

These educational programs have positive repercussions beyond the science curriculum. Stipends, for instance, raise students' self-esteem, Bayer notes. And students who participate in ASSET "also improve in subjects unrelated to science," Molnar says. Perhaps that’s because ASSET "requires students to think their way through the day," Jemison suggests.

Bayer has developed many other science education resources, including experiment guides for parents and children that show, for example, how to cook up a batch of plastic from vinegar and heavy cream, and two-minute audio clips that discuss topics such as why the wind blows and why porcupines have quills. The segments air on public radio stations around the country, and many are available on Bayer’s website.

Judged by an independent panel of film, science, and environmental experts, the students’ brief films were screened at a premiere red carpet movie event. Before an audience of hundreds, the young filmmakers competed for more than $11,000 in cash and other prizes for themselves and their schools. This year's grand prize winner was an action-adventure film that featured three young people battling out the pros and cons of alternative energy sources, including solar energy, wind energy, and nuclear energy. Think "The Matrix" meets "Harry Potter."

"Children really do want to do well," Jemison says. "If someone acknowledges they have the capacity to share important work, one way or another that creativity will come out."

Bayer is now branching out beyond school settings, Molnar says. The company is running a pilot project in the Pittsburgh airport, where it installed two interactive kiosks in the baggage claim area. The kiosks divert weary travelers with an interactive periodic table of the elements and with science questions from Bayer’s audio series. "Our hope is that the curiosity of visitors will be raised by these questions, as well as their science literacy quotient," Molnar says.

When the pilot project was being planned, Molnar figured it could be considered a success if 120 people per day tried to answer the questions. As it turned out, Molnar says, "we had three or four times that many people crowding these kiosks." Bayer says it is considering expansion of the program to other locations to "feed the public's interest in and appetite for science."
Posted by Mercury at 4:17 PM

To teach science, we must know how students think. See "Teaching and Helping Students Think and Do Better" on amazon. Plenty of science examples in this book. E.g., a cell is like a car...