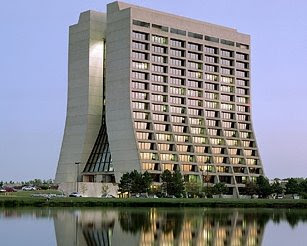 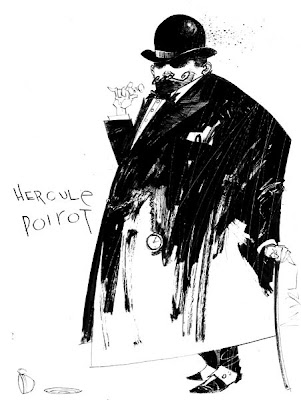 The following is most interesting and worthy of the talents of C. Auguste Dupin, Hercule Poirot, or Sherlock Holmes. Read the story as it unfolds.

The enigma began last year when a plain envelope with no return address arrived at the world-famous physics laboratory outside Chicago, addressed simply to "Fermilab."

Inside was a single sheet marked by pen with a bizarre series of hash marks, numbers and alien-looking symbols.

No one at the lab could make sense of the letter. Was it a joke? A threat? A hint at some exotic new theory?

Whatever the meaning, something about the inscription's order and symmetry touched Judy Jackson, the first person to examine the letter. "It was beautiful, kind of like abstract art," said Jackson, Fermi National Accelerator Laboratory's director of public affairs.

In hopes of cracking the code, Jackson's colleagues posted the letter in May on their Internet blog.

Hundreds of people from around the world responded and several of them quickly deciphered part of the hidden message, discovering to their surprise that it named an 86-year-old retired physicist from Princeton University who designed some of Fermilab's first experimental tools.

But one section of the cipher continues to resist any solution, and no one knows the sender's identity-though many suspect the author was a lab insider.

The keys to the mystery have taken code-breakers on a romp that encompasses Fermi's earliest days in the 1960s, the cryptic jargon of computer programming and high-energy physics, and the power of "crowdsourcing," or unleashing a problem on the collective intelligence of an Internet community.

"It's really a treasure-hunt mentality," said one of the code-breakers, Geoff Milburn, an engineer with the Canadian Space Agency based near Montreal.

Fermi has always been a beacon for amateur scientists and anyone eager to air an odd theory or puzzling proclamation, so the arrival of an unsolicited letter on March 5, 2007, was not unusual.

"We get a couple of these a week, everything from curious kids to someone writing about the latest developments in his proof that Einstein was wrong," Jackson said.

On May 15, Jackson's group released the letter on a physics blog they had launched recently, under the heading, "Code crackers wanted!" Within a day the blog post attracted 30,000 visitors, many drawn by a link from the technology news site Slashdot, self-described as "news for nerds."

At first the technophiles seemed stumped. Proposals for a solution trickled in-some serious, some fanciful. A couple of Slashdot users suggested the marks were a kind of music notation; another theorized it was a test by the National Security Agency to see how people solve complex codes.

One wag opined in mock horror: "It's a cookbook!"

But several amateur decoders zeroed in on a solution on May 16, the day after the original post appeared. They noticed that the hash marks in the top part of the message came in distinct bunches of between one and three marks, appearing as I, II or III.

That suggested the code was mathematical, many analysts thought. Furthermore, the use of just three digits implied that the code relied on the base-3 counting system, as opposed to the base-10 system we use for everyday math problems.

To Milburn of Canada, a puzzle aficionado since childhood, the base-3 system made sense because it could yield 27 distinct combinations using three digits-just enough to encode all the letters of the alphabet, plus a spare combination used for spacing.

"It's best to assume the simplest solution, and if that doesn't work, then try something more complicated," Milburn said.

Milburn wrote down the sequence of base-3 numbers from 1 to 27, then assigned a letter to each number, with the last number representing a space. But that attempt yielded only gibberish when he plugged it into the Fermilab code. So he tried again with a slight shift, assigning the blank space to the first number instead of the last.

That coding technique yielded the following:

"FRANK SHOEMAKER WOULD CALL THIS NOISE."

The bottom group of hash marks used a slightly different base-3 code, which the code-breakers cracked using a similar technique. It read:

As strange as the code itself had been, the decoded message seemed just as inscrutable. But seeing the name on the Fermilab message board prompted a shiver of recognition for Peter Meyers, a Princeton University physics professor who has occupied an office across the hall from fellow physicist Frank Shoemaker for more than 20 years.

"It's kind of like finding your friend's name in some ancient hieroglyphics," Meyers said.

The code's reference to Shoemaker, a Fermilab legend, suggested that the author was a physics insider. Shoemaker had arrived at Princeton in 1951 when Albert Einstein still showed up for the occasional physics lecture there.

In the late 1960s, Shoemaker led the team that designed the powerful magnets for Fermilab's first big particle accelerator, the Main Ring.

Meyers said Shoemaker was an exacting researcher and would criticize fellow scientists who had failed to account for excess "noise" in their experiments. Shoemaker, now 86 and ailing, was amused by the code, Meyers said.

Asked if he thought the code's author was someone who knew him, Shoemaker told Meyers, "It's quite possible. The comment is not out of character for me."

No one quite understands the second message about an employee number, though many decoders think it refers to the author's old employee number at Fermilab. Most think "basse sixteen" was a typo and the author meant to write "base sixteen," referring to the mathematical technique needed to decode the employee number.

The key may reside in the code's alien-looking middle section, which remains as baffling as ever.

Work on the enigma shares many qualities with genuine physics research, experts said-first comes a hunch, then refinement of ideas and finally the answer snaps into view. But for the Fermilab code, as for theories of the real world, a final solution may require another flash of insight.
Posted by Mercury at 6:31 AM