Pensions are becoming novel in payments 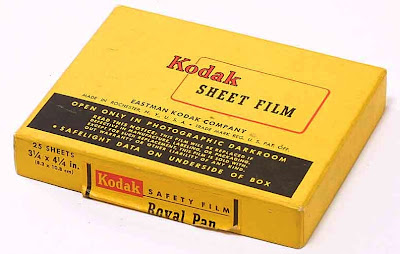 Eastman Kodak has reached a deal to hand over its film business to retirees in lieu of paying monthly benefits, making it the latest strapped corporation to resort to non-cash pension contributions.

Kodak, restructuring under bankruptcy protection, will turn over its personalized imaging and document imaging businesses to the U.K. Kodak Pension Plan, according to a report in the Wall Street Journal. This will wipe out a $2.8 billion pension obligation. If all goes well, the pension will sell the businesses and use the proceeds to fund retirement benefits. But no one knows what the businesses will fetch.

In the news game, we like to say three makes a trend. So the Kodak deal raises troubling questions about our collective retirement security. The British food company Dairy Crest recently transferred 44 million pounds of cheese to its pension fund to help plug a $128 million deficit. The spirits producer Diageo (Johnny Walker, Smirnoff) gave more than $760 million in “maturing whiskey” to its retirement fund to help quench a more than $1 billion pension thirst.

What other assets might retirees be asked to accept? Can they be properly valued? How do you turn bricks and mortar, or whatever, into a reliable and long-lasting income stream?

Such creative solutions are born of necessity. Two-thirds of the companies in the S&P 500 have traditional pension plans and only 18 of them are fully funded. Unfunded liabilities total $355 billion. This massive shortfall, by the way, is echoed in public pension plans as well. We have a big mess on our hands.

As a matter of fact, this trend stretches way beyond three examples. U.S. Steel transferred 170,000 acres of Alabama timberland to its workers’ pension fund several years ago. The state of Alabama’s pension system owns 11 golf courses, and a string of hotels and spas.

The New York Times reports that the Pension Benefit Guaranty Corporation, which takes over failed pension plans, has a wide variety of alternative assets, including “water rights in the Mojave Desert, diamonds, oil wells, a hog-slaughtering facility, a restaurant, a hyperbaric chamber, a brewery in Philadelphia, a lien on a terminal at Kennedy International Airport and a stake in a nuclear fuel-reconditioning partnership.”

Pension systems are starting to look like private equity firms. This isn’t how it’s supposed to work.

How we got here doesn’t really matter. Let’s just say there’s a long history of gaming the pension system in the U.S., where financial engineers have found ways to loot once-flush pension plans and policymakers have found ways to paper over the shortfalls. Add in a dozen years of abnormally low investment returns and the demographic time bomb of retiring baby boomers and long-lived elders.

You may argue that pension plans are better off accepting alternative assets than getting nothing at all, and that is probably the case. Yet if an employer can hand over an asset that is difficult to value, and assume a high rate of return on that asset, it permits the employer to contribute even less cash going forward—further eroding the plan’s viability in the event the rosy assumptions fall short.

Camera film? Cheese? Whiskey? Sounds more like a cocktail party than a pension guarantee.
Posted by Mercury at 2:28 PM