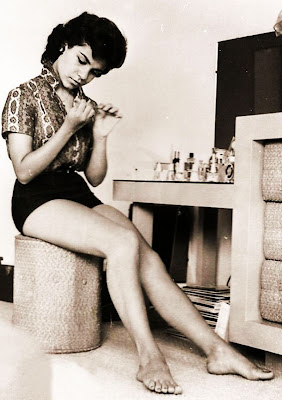 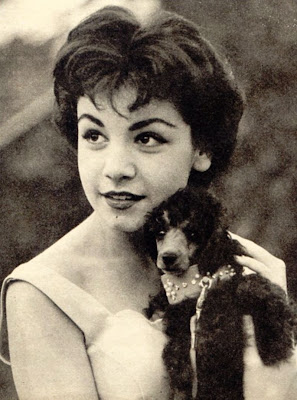 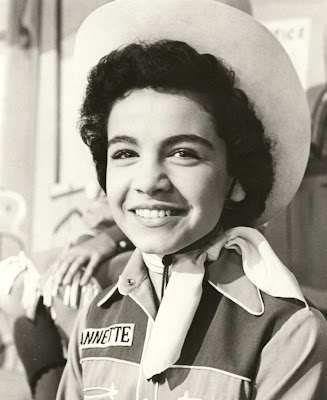 Annette Funicello, who won America’s heart as a 12-year-old in Mickey Mouse ears, captivated adolescent baby boomers in slightly spicy beach movies and later championed people with multiple sclerosis, a disease from which she suffered, died on Monday in Bakersfield, Calif. She was 70.

Her death, from complications of the disease, was announced on the Disney Web site.

As an adult Ms. Funicello described herself as “the queen of teen,” and millions around her age agreed. Young males enjoyed watching her blossom into womanhood, while females liked her because she was sweet, forthright and plain nice. Parents saw her as the perfect daughter.

She was the last of the 24 original Mouseketeers chosen for “The Mickey Mouse Club,” the immensely popular children’s television show that began in 1955, when fewer than two-thirds of households had television sets. Walt Disney personally discovered her at a ballet performance.

Before long, she was getting more than 6,000 fan letters a week, and was known by just her first name in a manner that later defined celebrities like Cher, Madonna and Prince.

Sometimes called “America’s girl next door,” she nonetheless managed to be at the center of the action during rock ’n’ roll’s exuberant emergence. She was the youngest member of Dick Clark’s Caravan of Stars tour, which included LaVern Baker, the Drifters, Bobby Rydell, the Coasters and Paul Anka. Mr. Anka, her boyfriend, wrote “Puppy Love” for her in her parents’ living room.

As a Mouseketeer, she received a steady stream of wristwatches, school rings and even engagement rings from young men, all of which she returned. She wrote in her 1994 autobiography, “A Dream Is a Wish Your Heart Makes,” that irate mothers often wrote back to say “how hard Johnny or Tommy had worked to save the money for the gift and how dare I return it?”

She said that if she had charm (she undeniably had modesty), it was partly a result of her shyness. Mr. Disney begged her to call him Uncle Walt, but she could manage only “Mr. Disney.” (She could handle “Uncle Makeup” and “Aunt Hairdresser.”)

At the height of her stardom, she said her ambition was to quit show business and have nine children.

With minor exceptions, like her commercials for Skippy peanut butter, Ms. Funicello did become a full-time homemaker after marrying at 22. One reason, she said, was her reluctance to take parts at odds with her squeaky-clean image. She had three children.

Her cheerfulness was legendary. Her response to learning she had multiple sclerosis, a chronic disease of the central nervous system, was to start a charity to find a cure.

There was no irony, only warm good feeling, in her oft-repeated remark about the world’s pre-eminent rodent: “Mickey is more than a mouse to me. I am honored to call him a friend.”

Annette Joanne Funicello was born on Oct. 22, 1942, in Utica, N.Y., and as the first grandchild on either side of the family was indulged to the point of being, in her own words, a “spoiled brat.” At age 2, she learned the words to every song on the hit parade, her favorite being “Ac-cent-tchu-ate the Positive.”

In 1946, her parents decided to move to Southern California in the hope of doing better economically. They lived in a trailer park until her father, a mechanic, found work. They settled in Studio City and later moved to Encino.

Annette took dancing lessons, learned to play drums and, at 9, was named Miss Willow Lake at a poolside beauty contest. She did some modeling. Mr. Disney, who wanted amateurs and not professional child actors, discovered her when she danced in “Swan Lake” at a local recital.

“The Mickey Mouse Club” was instantly popular as reflected by orders for 24,000 mouse-eared beanies a day. Annette quickly became the most popular Mouseketeer, and Disney marketed everything from Annette lunchboxes and dolls to mystery novels about her fictionalized adventures.

But she did not receive special treatment. When she lost a pair of felt mouse ears, she was charged $55. It was deducted from her $185 weekly paycheck.

She once decided she wanted to change her last name to something more typically American. She chose Turner. But Mr. Disney, whom she considered a second father, convinced her that her own name would be more memorable, once people learned it.

As “The Mickey Mouse Club” was ending its run in 1958, Mr. Disney summoned Ms. Funicello to his office. She feared she was going to be fired for growing too tall, but instead he offered her a studio contract — the only one given to a Mouseketeer.

Her first movie role was in “The Shaggy Dog,” Disney’s first live-action comedy. Then came three episodes of “Zorro.” Next she was “loaned out,” in the industry phrase, to CBS to appear on several episodes of “Make Room for Daddy” with Danny Thomas. She also pursued a recording career, and had two Top 10 singles: “Tall Paul” in 1959 and “O Dio Mio” in 1960.

She and her family continued living as they had, with her father working five days a week at a gas station and everyone pitching in to do housework. She was not allowed to date until she was 16. When her mother was asked how she was able to keep life so normal, she answered succinctly, “Nothing impressed us.”

Ms. Funicello had crushes on her fellow singers Fabian Forte and Frankie Avalon but fell hard for Mr. Anka. “As Paul wrote in his hit song about us,” she wrote, "just because we were 17 didn’t mean that, for us, our love wasn’t real.”

But their careers were increasingly busy, and time together was scant. When Ms. Funicello finally told Mr. Anka that she really cared for him, he replied, “What script did you get that from?”

Her records continued, including the albums “Hawaiiannette,” “Italiannette” and “Dance Annette.” Movie parts included “Babes in Toyland,” in which she sang “I Can’t Do That Sum.” (She actually could, as proved by her straight-A high school record.)

When Ms. Funicello was 21, Mr. Disney told her he had been approached by American International Pictures about her making a beach movie. He thought it sounded like “good clean fun,” but asked her not to expose her navel. She readily agreed.

She and Mr. Avalon ultimately starred in six beach movies, beginning with “Beach Party” in 1963. She harbored no illusions that she and Mr. Avalon were the Fred Astaire and Ginger Rogers of their generation. “Ma and Pa Kettle of the surf set,” she suggested instead.

On Jan. 9, 1965, Miss Funicello married her agent, Jack Gilardi. Charles M. Schulz in his “Peanuts” comic strip showed Linus reading a paper, clutching his security blanket and wailing, “I can’t stand it! This is terrible! How depressing. ... ANNETTE FUNICELLO HAS GROWN UP!”

She made a few films in the middle and late 1960s, including “Fireball” and “Thunder Alley,” but her attention was focused on her children, Gina, Jack Jr. and Jason Michael. During the 1970s and early 1980s, she appeared occasionally on TV but was known principally for commercials, including her memorable issuance of the Skippy peanut butter challenge: Which has more protein? (Bologna and fish were not the correct answers.)

In 1987, she and Mr. Avalon reunited to do a self-mocking beach party movie. She wore polka dots with matching hair bows, and he portrayed a work-obsessed car salesman who hates the beach. Their fictional son wore punk clothes and carried a switchblade.

But Ms. Funicello’s main concern was being a good mom. Her daughter said in a 1994 interview with In Style magazine: “She was always there for car pools, Hot Dog Day and the P.T.A.”

In 1981 she divorced Mr. Gilardi, in part because he was intensely social and she preferred to stay home. After being single for five years, she married Glen Holt, a horse breeder. Her three children and Mr. Holt, who cared for Ms. Funicello in her later years, survive her, as do three grandchildren.

Ms. Funicello learned she had M.S. in 1987 but kept her condition secret for five years. She announced the illness after becoming concerned that the unsteadiness that resulted from the disease would be misinterpreted as drunkenness.

She set up the Annette Funicello Research Fund for Neurological Disorders and underwent brain surgery in 1999 in an attempt to control tremors caused by her disease.

But for many, Annette Funicello remained forever young, whether in mouse ears or a modest bathing suit. Some may even recognize a ditty from the long-ago telecasts:

A dance segment from the Mickey Mouse Club... 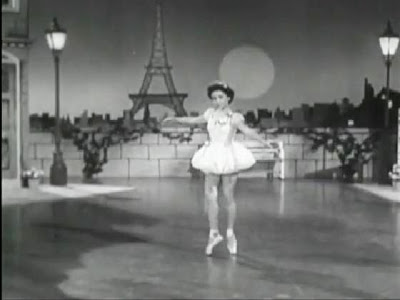