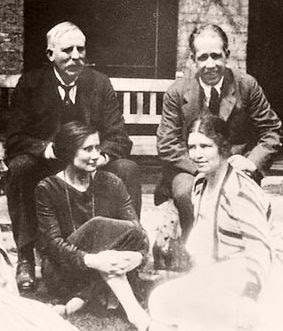 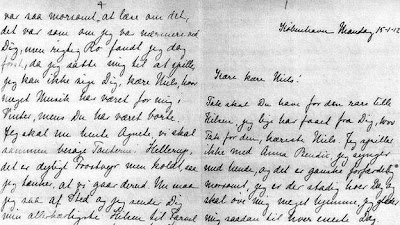 "Niels Bohr letters reveal trials of his time in England"

Newly released letters from the famed Danish physicist Niels Bohr shed light on his struggles with great English researchers over his nascent theory of the atom.

The correspondence between Bohr and his then-fiancee Margrethe Norlund reveal a rocky settling in period in England.

Excerpts of letters sent during Bohr's time in England were discussed at the American Physical Society meeting.

The letters show an exchange rich with literary allegory.

Bohr was eventually instrumental in overturning the "plum pudding" model of the atom, propounded by J J Thomson of Cambridge University, instead suggesting a dense nucleus orbited by electrons - the atom as we know it today.

He came to Cambridge in 1911 specifically to work among the famous Cambridge mathematicians including Thomson. But the letters to Margrethe showed that his transition to Cambridge intellectual circles was turbulent.

"He thought 'Thomson was a genius who showed the way to everybody', and he wanted to be part of that story," said John Heilbron, a fellow of Oxford University.

"But when he got there, he found out that Thomson was busy showing the way to other people, and also following his own research," he told BBC News.

"James Jeans, another of the Cambridge mathematicians, was too shy to do battle with Bohr, and [Joseph] Larmor… would not read Bohr until he prepared a proper English version of his work and had it published in a proper English journal - which never happened.

"The Royal Society of London declined on the interesting grounds that it was 'polemical', and it would not include in its Transactions insults to anyone who had not already been insulted in the Transactions. That was a great disappointment to him, that he couldn't engage with these guys."

But what strikes Prof Heilbron about the letters to Margrethe, whom Bohr married the following year, is the intellectual character of their exchanges.

"The material concerning literature - which is essentially the core of this new correspondence - consists of their making personae of one another derived from literature.

"We have in the case of Margrethe her appearance as several heroines from Ibsen, there are all these Dickens heroines, whereas Bohr is to her some hero as in a Carlyle story, but also people from Shakespeare and other heroic figures.

"In a way, their courtship is conducted on a level above the carnal."

The letters will be excerpted in a forthcoming book by Prof Heilbron and Finn Aaserud of the Niels Bohr Archive, titled Love, Literature and the Quantum Atom.

They were made available by the Bohr family, who Prof Heilbron said "have come to realise that these documents do honour to everybody, (and) are of great interest to a much wider society".

Email ThisBlogThis!Share to TwitterShare to FacebookShare to Pinterest
Labels: Literature and the Quantum Atom, love, Niels Bhor in England, physics