NASA's pipe dream...capture an asteroid with a trash bag 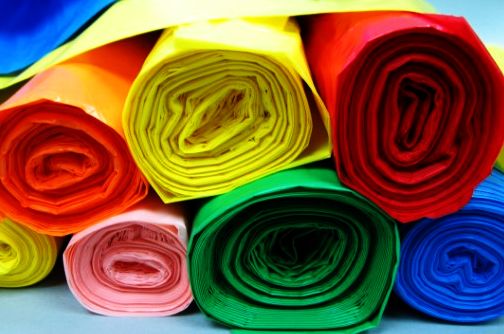 Want an example of brilliant engineering, nimble execution and the ability to do great—even inspiring—things? Look to NASA. At any moment, a fleet of spacecraft—every one of them bearing the NASA logo and the stars and stripes—are ranging throughout the solar system, approaching, orbiting or roving across the surface of other worlds.

Want an example of aimlessness, misdirection and borderline preposterousness, abetted by a Congress and a White House that seem to have no flipping idea what they’re doing? You can look to NASA for that too. It all depends on whether you’re talking about the manned or unmanned space programs.

I won’t give away which is the joker in this two-card deck, but here are a few recent headlines produced by both sides of America’s space agency coin: “Curiosity Rover Lands Safely on Mars,” “Voyager Crossing Superhighway to Solar System Exit,” “NASA Plans to Put Asteroid in Giant Baggie, Drag it to Moon and Send Astronauts to Explore It—in 2021. Maybe.” OK, I made that last one up—but only the headline. The part about the asteroid and the Baggie and the astronauts? That’s the real deal. And that’s a big problem.

The unlikely plan, announced over the weekend by Fla. Democratic Sen. Bill Nelson and said to be included in a $100 million appropriation in President Obama’s 2014 budget, is for an unmanned spaecraft to be launched by 2017 to capture a 25-ft., 500-ton asteroid with, yes, a giant drawstring bag, according to one NASA scientist. The rock would then be towed back to the vicinity of the moon where it would be safely parked in space. In 2021, astronauts would travel out to the asteroid in a brand new Apollo-like spacecraft lofted by a brand-new heavy-lift rocket. Once there, they would land, prospect for metals and learn more about both living off the cosmic land and deflecting rogue asteroids that might threaten Earth.

Should we be excited? Is this really going to happen? One standard I like to use in cases like this is the Count the Conditionals rule. The more times contingent words like would, could or should are used in any space-related press release, the less likely it is that anything being described will actually happen. Nelson’s office issued a seven-conditional release (“…a new monster rocket would travel to the asteroid where there could be mining activity…”) out of a total of just 483 words. So that’s not good.

More troubling is that the new rocket, known prosaically as the Space Launch System (SLS), has not been built and is not targeted for completion until 2017. The new spacecraft—called Orion—may have its first unmanned flight in 2014. In theory, that would make the baggie mission a real possibility. In practice is almost surely won’t.

For one thing, Orion and a new heavylift booster have been in some phase of development since early 2004, ever since former Pres. Bush called for a return-to-the moon initiative, and the target date for flying them keeps receding. For historical comparison, an equal nine-year span—from 1960 to 1969—was all it took NASA to invent, build and fly six manned Mercury spacecraft, 10 manned Geminis and 5 of the 11 manned Apollos, not to mention the massive Saturn V rocket that would be awfully nifty to have around now, since we wouldn’t need the SLS.

The difference between those nine years and the last nine years is clarity of goal. Even people who were opposed to the original space race—and there were plenty who saw it as a waste of money in an era of war, inflation and urban decay—had to acknowledge that it was crisply defined. President Kennedy announced a target (the moon), a deadline (1970) and a mission (landing a man there and returning him safely to Earth). It’s awfully hard to get those kinds of marching orders wrong.

The current manned program, on the other hand, has been more of a country ramble. The shuttles—which never lived up to their safe, reliable and easily reusable billing—pulled most of the air and money out of the room for more than 30 years. The space station, first proposed by Ronald Reagan in 1984, with an announced completion date of 1989 and a price tag of $9 billion, instead was not fully built until 2011 and cost a tidy $100 billion. The return-to-the-moon initiative lasted just six years, dying the familiar death of the new Administration, when it was scrapped by Pres. Obama in 2010. In its place, Obama proposed a vaguely defined plan to go somewhere—perhaps the moon, perhaps Mars, perhaps an asteroid, perhaps a gravity-neutral Lagrange point—all of which would be accomplished with an equally vaguely defined spacecraft.

The hardware piece of that scenario at least has come into sharper focus, thanks to Congressional lobbying efforts in support of Orion and the SLS, led in part by Nelson and former Republican Sen. Kay Bailey Hutchison of Texas. Obama, whose luke-warmth toward space has been evident since his 2008 campaign, has backed these plans, and is likely to continue to—at least as long as Florida remains a presidential swing state and any long-term hopes the Democratic party has of turning bright red Texas at least light blue hinge on keeping Houston happy.

But none of this has led to any real clarification of the mission. The asteroid-towing idea is only the latest of many proposals, and is easily the least probable and most Rube Goldbergian of them all. A senior administration official could muster only an anodyne statement in support of it today:


NASA is in the planning stages of an innovative mission to accomplish the President’s challenge of sending humans to visit an asteroid by 2025 in a more cost-effective and potentially quicker time frame than under other scenarios. This mission would combine the best of NASA’s asteroid identification, technology development, and human exploration efforts to capture and redirect a small asteroid to just beyond the moon to set up a human mission using existing resources and equipment, including the heavy-lift rocket and deep-space capsule that have been under development for several years.

But the other questions that leaves unanswered are legion. First, the $100 million is only seed money for a program that would cost more than $2.5 billion for the asteroid capture portion alone, not to mention untold billions more for the manned part. What’s more, snagging an asteroid may sound easy, but…oh wait, it doesn’t sound easy at all, and that’s because it’s not.  You’ve got to find a rock of the right size at the right distance, invent your Baggie or your lasso or whatever you’re going to use, figure out how to chug-chug the thing back to the vicinity of the moon in a trip that would take years, and then station it in a stable spot. Oh, and it would help if the asteroid you grab actually had any of the precious metals like platinum or gold and prosaic ones like iron and zinc that you’d be interested in mining in the first place. So maybe there are still a few details that need to be worked out.

Perhaps most troubling of all is a certain cosmic ennui behind the plan. Nelson’s release cited a feasibility study that supports the capture mission, but for a singularly upside down reason. “[B]ringing a 500-ton asteroid closer to Earth would give astronauts a ‘unique, meaningful and affordable’ destination for the next decade,” the press statement says.

The moon’s not unique? Mars isn’t meaningful? The moons of Mars—which offer an even more attractive target because you could land and take off without the massive engine needed to overcome planetary gravity—wouldn’t be a little bit of both? Have we really gotten to the point that after just six lunar landings more than 40 years ago we’re so bored with the familiar cosmos that we’ve got to go inventing destinations, like the artificial archipelagos off the coast of Dubai in the shape of a palm tree and the world’s continents? And as for the “affordable” piece of Nelson’s argument? If you’re going to need to build Orion and the SLS for any of the proposed missions, how does it cut costs to include an asteroid-dragging phase that, at the moment at least, doesn’t pass the eye-roll test?

Look, the fact is, NASA is still home to some of the biggest and most creative brains in the world. And if the kinds of jobs its machines are doing—exploring Mars, approaching Pluto, orbiting Mercury, nearing the very limits of the solar system itself—don’t take your breath away, you might not have any breath in you to begin with. But today’s manned program is a different thing. Press releases are not the same as coherent plans, and “would” or “could” have never been the same as “will” and “can.” NASA used to know that. It needs, alas, to learn it again.
Posted by Mercury at 11:57 AM

Email ThisBlogThis!Share to TwitterShare to FacebookShare to Pinterest
Labels: asteroids, NASA wants to capture an asteroid