Hyde Park 1969 redux...can the Rolling Stones pull it off? 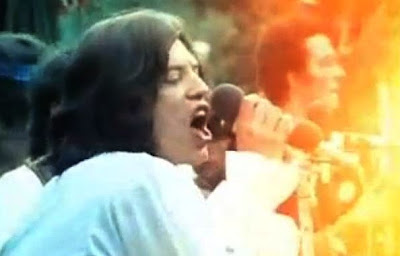 Four decades plus...can the ageing Stones pull together a concert?

Ageing rock band hit the road again, with Hyde Park concert and Glastonbury festival among gigs lined up for this summer

The Rolling Stones are to return to Hyde Park in London after more than four decades – even though their drummer admits that he "doesn't like playing outdoors".

The band announced on Wednesday they will return to the scene of one of their most memorable and poignant concerts for the first time since 1969.

The concert, scheduled for Saturday 6 July, will take place almost 44 years to the day since they performed there as young rebels, who were at the time mourning the death of guitarist Brian Jones, who drowned in his swimming pool only two days earlier.

This summer's concert follows the five 50th anniversary gigs the band played in London and New York last year and will take place a month after they play at the Glastonbury festival for the first time.

Singer Mick Jagger and guitarist Keith Richards put out statements outlining their excitement although at least one band member was a little more downbeat.

In an interview to be published in Friday's Guardian, Charlie Watts admits: "I don't want to do it [Glastonbury]. Everyone else does. I don't like playing outdoors, and I certainly don't like festivals." One reason is practical: "The worse thing playing outdoors is when the wind blows, if you're a drummer, because the cymbals move … it really is hard to play then."

Jagger said: "We had such a great time playing the five concerts last year, we want to keep it going. Hyde Park holds such great memories for us and we can't think of anywhere better to perform to our UK fans this summer."

Richards said: "We had such a ball last year and the energy between the band is so good, we can't wait to get back on that stage where the Stones belong."

He told the BBC that the 1969 Hyde Park appearance seemed like yesterday, although he admitted: "It was a strange gig all round. This was the first gig with Mick Taylor [Jones' replacement] in the band and we had just lost Brian. It was a real crossed-fingers job."

The shadow of Jones' death hung heavily over the 1969 concert attended by about 250,000 people, many smoking mellowing agents and many wearing white in tribute to Jones.

Jagger, wearing his memorable white dress, asked the crowd at one point to "cool it for a minute" while he read from Shelley's poem Adonais: "Peace, peace! He is not dead, he doth not sleep."

The Observer reporter John Gale wrote: "From far off you might have supposed that this great gathering had come to hear a famed religious leader or some Eastern mystic."

The Guardian's Richard Gott called the concert a "great and epoch-making event in British social history". He wrote: "To an old-timer it would seem like the climax of an Aldermaston march, though without the politics. For one surrealist moment it was like being transferred to the Plaza de la Revolución in Havana with Fidel Jagger haranguing the assembled workers lately in from the cane fields."

Hyde Park 1969, as it was called, was filmed by Granada TV and was free – but this year's crowd will have to buy tickets and, in another sign of the times, it will be sponsored by Barclaycard.

Rob Hallet of promoters AEG Live said: "This will be the biggest gig of the summer in London. The Rolling Stones are a true British institution and the true spirit of rock'n'roll. Their return to Hyde Park is a landmark event."

The band also announced a US tour in May and June with nine gigs beginning in Los Angeles and finishing in Philadelphia on 18 June.

Use the blog's search engine for more on the Rolling Stones.