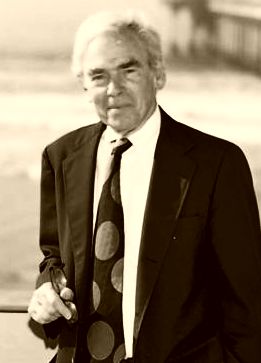 With wide-ranging interests, Edward Frieman led the Scripps Institution of Oceanography, advised the U.S. on defense and energy and was a friend of Albert Einstein.

Edward A. Frieman, a leading figure in American science for decades as a researcher with wide-ranging interests, a top-level governmental advisor on defense and energy issues, and director of the Scripps Institution of Oceanography at UC San Diego, has died. He was 87.

His legacy extends to leadership posts in academia, government and private industry. There are "not many like him, and he will be sorely missed," said John Deutch, professor at the Massachusetts Institute of Technology and former CIA director and deputy secretary of Defense.

By training, Frieman was a plasma physicist but the depth and breadth of his scientific pursuits extended to hydromagnetics, hydrodynamics, astrophysics, atmospheric sciences and more. He was a pioneer in the field of sustainability and, as director at Scripps from 1986 to 1996, made it a leader in global climate change research.

Ray Weiss, distinguished professor of geochemistry at Scripps, said that Frieman's success at increasing budgets and selecting researchers and research topics "strengthened earth, ocean and environmental sciences across the U.S. and internationally."

In the world of high-level science, known as highly competitive and often with clashing temperaments, Frieman had a reputation for collegiality and modesty.

"Ed was a wonderful friend, always thoughtful and helpful," said Walter Munk, research professor of geophysics at Scripps and a pioneer in wave forecasting and oceanography studies. "I appreciated his elegant shyness."

He enjoyed engaging in discussions with other scientists, particularly about whether certain topics are "applied" or "pure" science, which can be important in seeking government support and funding.

"He said, 'Well, I'm a physicist – to me, all oceanography is applied science,' " said Naomi Oreskes, professor of history and science studies at UC San Diego. "It was a good reminder of how subjective our categories of analysis can be, especially ones we fight about."

Edward Allan Frieman was born in New York on Jan. 19, 1926. During World War II, he served as a deep-sea diving officer; after the war, he participated in the atomic tests at Bikini Atoll, which he later said made a major impression on him about the need to avoid unleashing the destructive power of such weapons.

In the mid-1980s, Frieman was part of delicate behind-the-scenes negotiations that arranged a joint American-Soviet oceanographic expedition, an effort to help defuse tensions between the nuclear superpowers.

After World War II, Frieman received a bachelor's degree in engineering from Columbia University, followed by a master's and doctorate in physics from Polytechnic Institute of Brooklyn.

For 25 years he was at Princeton University in several roles, including professor of astrophysical science. He was befriended by Albert Einstein and was selected to work on classified projects involving nuclear fusion. He was also involved in the complexities of submarines, military strategy and naval tactics.

He served on numerous federal advisory committees and left Princeton to become director of the office of energy research and assistant secretary of the Department of Energy during the administration of President Jimmy Carter. Later, he advised the administration of Carter's successor, Ronald Reagan.

In 1981, Frieman became executive vice president for Science Applications International Corp., a high-technology company and defense contractor based in La Jolla. In 1986, he left to join Scripps. In 1991, he helped Scripps win a competition for Navy support for an advanced research vessel.

Bob Knox, Scripps associate director emeritus, said that Frieman was adept at power politics as well as complex science. "He worked long and hard in Washington over years to keep the Navy shipbuilding budget item from being cut," Knox said.

After retiring as Scripps director in 1996, Frieman became director emeritus and continued to be consulted by Scripps and the federal government. He also received the Navy's Superior Public Service Award and served on the board of trustees of the American University in Paris and on the U.S.-Israel Binational Science Foundation.