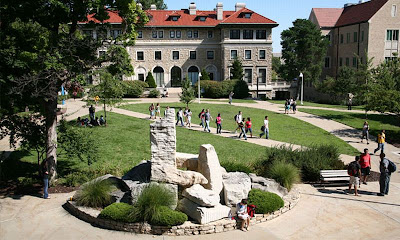 It's time for the fat and thin envelopes--the month when colleges across the U.S. send out admission and rejection notices to well over a million high school seniors. For all the problems with its elementary and secondary schools, American higher education remains the envy of the world. It has been the nation's greatest path to social and economic mobility, sorting and rewarding talented kids from any and all backgrounds. But there are broad changes taking place at U.S. universities that are moving them away from an emphasis on merit and achievement and toward offering a privileged experience for an already privileged group.

State universities--once the highways of advancement for the middle class--have been utterly transformed under the pressure of rising costs and falling government support. A new book, Paying for the Party: How College Maintains Inequality, shows how some state schools have established a "party pathway," admitting more and more rich out-of-state kids who can afford hefty tuition bills but are middling students. These cash cows are given special attention through easy majors, lax grading, social opportunities and luxurious dorms. That's bad for the bright low-income students, who are on what the book's authors, Elizabeth Armstrong and Laura Hamilton, call the mobility pathway. They are neglected and burdened by college debt and fail in significant numbers.

The Country's best colleges and universities do admit lower-income students. But the competition has become so intense and the percentage admitted so small that the whole process seems arbitrary. When you throw in special preferences for various categories--legacies, underrepresented minorities and athletes--it also looks less merit-based than it pretends to be. In an essay in the American Conservative, Ron Unz uses a mountain of data to charge that America's top colleges and universities have over the past two decades maintained a quota--an upper limit--of about 16.5% for Asian Americans, despite their exploding applicant numbers and high achievements.

Some of Unz's data is bad. His numbers do not account for the many Asian mixed-race students and others who refuse to divulge their race (largely from fears that they will be rejected because of a quota). Two Ivy League admissions officers estimated to me that Asian Americans probably make up more than 20% of their entering classes. Even so, institutions that are highly selective but rely on more objective measures for admission have found that their Asian-American populations have risen much more sharply over the past two decades. Caltech and the University of California, Berkeley, are now about 40% Asian. New York City's Stuyvesant High School admits about 1,000 students out of the 30,000 who take a math and reading test (and thus is twice as selective as Harvard). It is now 72% Asian American. The U.S. math and science olympiad winners are more than 70% Asian American. In this context, for the U.S.'s top colleges and universities to be at 20% is, at the least, worth some reflection.

Test scores are only one measure of a student's achievement, and other qualities must be taken into account. But it's worth keeping in mind that the arguments for such subjective criteria are precisely those that were made in the 1930s to justify quotas for Jews. In fact, in his book The Chosen: The Hidden History of Admission and Exclusion at Harvard, Yale and Princeton, scholar Jerome Karabel exhaustively documented how nonobjective admissions criteria such as interviews and extracurriculars were put in place by Ivy League schools in large measure to keep Jewish admissions from rising.

Then there's the single largest deviation from merit in America's best colleges: their recruited-athletes programs. The problem has gotten dramatically worse in the past 20 years. Colleges now have to drop their standards much lower to build sports teams. These students, in turn, perform terribly in classrooms. A senior admissions officer at an Ivy League school told me, "I have to turn down hundreds of highly qualified applicants, including many truly talented amateur athletes, because we must take so many recruited athletes who are narrowly focused and less accomplished otherwise. They are gladiators, really." William Bowen, a former president of Princeton University, has documented the damage this system does to American higher education--and yet no college president has the courage to change it.

The most troubling trend in America in recent years has been the decline in economic mobility. The institutions that have been the best at opening access in the U.S. have been its colleges and universities. If they are not working to reward merit, America will lose the dynamism that has long made it so distinctive. 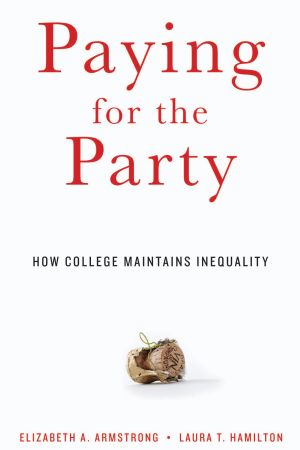 Paying for the Party: How College Maintains Inequality