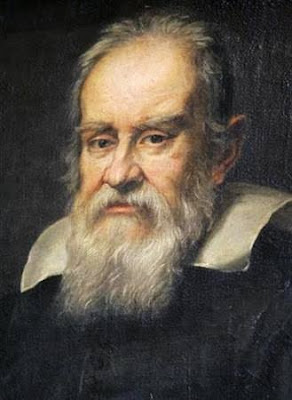 Maybe not as macabre as you think. Remember Einstein's brain .

Reuters
An art collector has found a tooth, thumb and finger of the renowned Italian scientist Galileo Galilei who died in the 17th century, Florence's History of Science museum said on Friday.

The body parts, along with another finger and a vertebrae, were cut from Galileo's corpse by scientists and historians during a burial ceremony held 95 years after his death in 1642.

Giovanni Targioni Tozzetti, a science historian who cut away the parts and wrote about the ceremony, "confessed he had found it hard to resist the temptation to take away the skull which had housed such extraordinary genius," the museum said.

The newly-found relics had passed from one collector to another until they went missing in 1905. The remaining finger and the vertebrae have been conserved since 1737 in a mummified state in museums in Florence and Padua.

"All the organic material extracted from the corpse has therefore now been identified and is conserved in responsible hands," the museum said in a statement.

"On the basis of considerable historical documentation, there are no doubts about the authenticity of the items," it added.

They will be exhibited from early 2010, when the museum will re-open after current renovation work and will change its name to the Galileo museum.

Galileo, born in Pisa in 1564, is considered one of the fathers of modern science due to his studies in physics, mathematics and particularly astronomy, where he led great advances in developing the telescope.

His lost fingers and tooth were bought by an unnamed collector at a recent auction, where they were being sold as unidentified artifacts contained in an 17th century wooden case, the museum said.

For 95 years after his death, ecclesiastical authorities refused to allow Galileo to be buried in consecrated ground because his findings were considered contrary to the teachings of the Catholic church.

His body now lies in Florence's Santa Croce church, opposite the tomb of Michelangelo.
Posted by Mercury at 7:51 AM

this makes no sense, the body parts or the theological disputation. the whole thing disgusts me. i remember reading a cardinals view on the whole argument pointing out Galileo's rude treatment of the theologians....so what.

Material is sparse this time of year Tim.