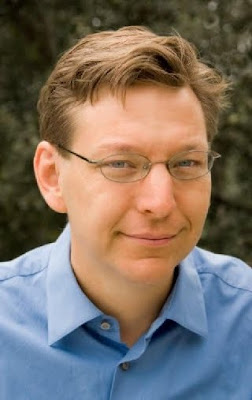 Mike Brown is the guilty one...he who demoted Pluto.

"Mike Brown is a professor of planetary astronomy at the California Institute of Technology (Caltech) and an expert dwarf planet hunter, accredited with discovering over 100 minor bodies in the Kuiper belt. Dr. Brown is also very well known for his part in the re-classification of Pluto."
"Where Are You Hiding Planet X, Dr. Brown?"

Newsweek
Mike Brown: Back from lunch. Ready for Planet X.

Right, my first question has to be about Pluto. How much hate mail do you get since you killed the poor little dwarf planet?

Mike Brown: Well, if you filter out the hate mail from scientists associated with the New Horizons mission to Pluto, the total amount has dropped dramatically over the past few years. Most people are pretty much over it.

Ian O'Neill: Hehe, that's good! I've been writing about the non-existence of an Earth-killing Planet X for the last 2 years, and I still get hate mail because I say the thing doesn't exist!

Mike Brown: I sometimes get hate mail because people are convinced it does exists and I discovered it and therefore the destruction of the Earth is really all my fault. I only WISH I had that much power.

Ian O'Neill: Lol! That's an interesting twist! So you're not hiding the existence of Planet X then? ;) Or should I say "Nibiru".

Mike Brown: It's funny. I really do get many emails and even worried calls from people who are convinced that I know something and am not telling. It is very hard to convince someone who thinks that there is a conspiracy that you are not part of the conspiracy. I really, really wish there were a Planet X and that I had discovered it. That would have been serious fun.

Ian O'Neill: When you discovered Eris, did it cross your mind that it *might* have been the fabled Planet X?

I think some conspiracy theorists think these dwarf planets are bigger than they really are!

Mike Brown: It was clear, even in the first second of discovery, that this thing was big -- bigger than Pluto, even -- but it was also clear that it was not the Planet X of legend. In my mind, that always referred to a really planetary sized thing -- Earth size, Mars sized, even Jupiter sized -- that was hiding at the edge of the solar system. We knew Eris was big, but it was clearly not a beast like one of these!

Ian O'Neill: I think the favorite doomsday object is that Planet X is a brown dwarf (!!) lurking somewhere near the Kuiper belt. Wouldn't we have spotted something like that before now?

I think THAT would have played some serious planetary billiards with the Solar System by now -- those "perturbations" would be planetary U-turns!

Mike Brown: It is not impossible that the sun has a brown dwarf companion, but to be hidden from us it would have to be much, much further out than the Kuiper belt. Maybe like 100 times further. And at those distances its effects on the earth are pretty much zero.

There are very good limits to what you can hide at what distances in the solar system and not detect their gravity. You could put a Mars at a few hundred AU (10 times more distant than Neptune, say) and everything would be fine. You could put a Jupiter at a few thousand AU (1000 the distance of Neptune), and, again, you're safe. There might even be things out there that someday we might find. I certainly hope so!

Ian O'Neill: Wow! Those distances are pretty huge! If there was something of note out there, it would have to travel pretty quickly to make it to the inner solar system by Christmas 2012!

Ian O'Neill: Okay, so I think we can safely forget about a massive, speedy Planet X paying us a visit from 1000 AU distant, but what about something hiding in the Kuiper belt? There are a lot of undiscovered bits of debris (or "blood splatter" as I recall you describing it in one of your presentations). Do you think you'll still turn up some sizeable bodies lurking amongst the splatter?

Mike Brown: I do think there are sizable bodies left to be found, as long as by "sizable" you mean "approximately the size of Eris or perhaps a bit bigger at best." That's what you meant, right?

Ian O'Neill: Absolutely. I think a lot of the most crazed conspiracy theorists still think we are going to stumble across Jupiter 2.0 in the Kuiper belt.

Mike Brown: If in 1/2 of the Kuiper belt we find a very smooth distribution of sizes like this, then surveying the other half of the KB it is unlikely we're suddenly going to jump an order of magnitude in size.

Yeah, so Jupiter 2.0 CAN'T live in the Kuiper belt. We've known that for decades simply from watching what the other planets are doing.

Ian O'Neill: I think we can safely say there's nothing too much bigger than Eris out there. Isn't that still smaller than our moon?

Mike Brown: For me, the fun thing to think about for "sizable" in the Kuiper belt is that fact that there was no equivalent to Clyde Tombaugh in the southern hemisphere. So it is not impossible that someday someone might find something as bright as Pluto moving in the south that could have been discovered 80 years ago but wasn't until now!

Mike Brown: Yeah, Eris is about half the size of the moon. Pretty pathetic, even I must admit.

Ian O'Neill: That's still impressive considering you managed to spot that little thing floating around -- must have been like looking for a needle in a haystack!

Mike Brown: As individuals, Eris and Pluto and all of the rest of them have only a trivial impact on our solar system. You could get rid of any of them (I have a vote which ones, too) and nothing much would change. That makes them very very very very different from the planets.

Yeah, a haystack that we searched through systematically for 8 years before we found it. I think I am now allergic to hay.

Ian O'Neill: Wow, you must be patient. It must be satisfying to actually find a dwarf planet. How many objects have you found now?

Mike Brown: As of now I am up to something like 100 objects in the Kuiper belt. There are people who are much much much more efficient at finding things though. They're going after faint ones, of which there are many. The ~100 that I've found are bascially the brightest 100 out there.

It's really very fun to come in to your office in the morning, search through data taken (automatically!) the night before, and know that today might be the day you discover something bigger than anything else discovered in 150 years.

Ian O'Neill: That's incredible. This is why I'm astonished by this whole "Pluto is a planet debate" -- the Solar System contains so many objects (and still growing), some re-classification is needed.

So you don't have to use one of those blinking light tables (blink micrometer?) to find dwarf planets any more?

Mike Brown: It was not a bad debate to have had, I think, as long as it made people sit up and look at the solar system fresh and say "wow, look at how Pluto really fits in HERE with the other Kuiper belt objects rather than HERE with the planets." Incredibly useful that way. But much of the continuation of the debate is driven by ignorance and emotion rather than an understanding of the solar system. Not all of it, mind you, but much of it.

It's true that I don't use the blink comparator anymore, but the idea is still exactly the same. Every one of those Kuiper belt objects I found I first identified by the fact that it was moving in images (blinking on my screen, rather than in the big clunky machine).

Ian O'Neill: I agree -- I think people actually know how many planets there are in the Solar System from this debate alone. No bad thing. But I do agree that much of the intense debate comes from emotion rather than logic.

Ah yes, "blink comparator", that was the name of it. Thank goodness the observations are taken automatically now.

Mike Brown: Emotion and ignorance. If you ask people to draw planets in the solar system and make them the correct relative size and then draw Pluto, most people will make it about the size of Mercury (which itself will be 1/3 the size of Jupiter). And I think that's because that's what we often see in popular images of the solar system. SOOOOO wrong. I wish I could take all of those images out there and at least make them correct.

It's fabulous that the images are taken automatically and that the first cut at finding moving things is done by computer. It means that even though I was collecting data most nights for 8 years, I still went home every night and slept in my bed. It's a much more civilized way to do astronomy, I must say.

Ian O'Neill: Ha, that sounds like my kind of astronomy too :)

Ian O'Neill: So, this Planet X/Nibiru thing... how do I know you're not a part of a grand conspiracy...?

Mike Brown: I don't get paid enough to be part of a conspiracy that big.

Well, thank you so much for chatting with me Mike! I'll let you get back to your hunt for more KBOs. But if you do find something bigger than Eris, be sure to give me the scoop on the news ;)

Mike Brown: I'll keep it a secret. Like any good conspiracist.
Posted by Mercury at 2:16 PM