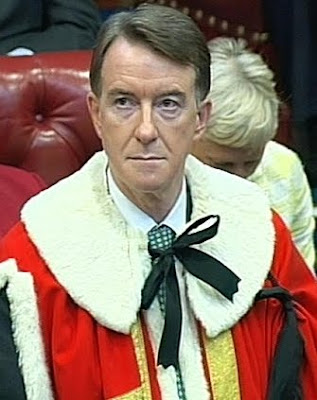 This is interesting...an overhaul of British universities. "It could lead to radical changes in how students take degrees, including more Open University-style, web-based degrees to allow students to work while they study, and schemes to encourage employers to pay towards the costs of degrees." This will not work with many degrees...especially the sciences. But the idea of some sort of agreement with a student and employer to cover costs is not a bad idea.

guardian.co.uk
Lord Mandelson will today unveil a major plan for universities designed to aid the country's economic recovery and pave the way for an overhaul of student tuition fees.

The new framework for higher education will set out a 10- to 15-year strategy affecting every aspect of university life, from the quality of teaching to ways of funding research that will force universities to become more competitive.

Mandelson said universities would have to engage more with business, and involve employers more in both course design and the funding of degrees. "Universities are not islands, they are not ivory towers, they have to respond to the world around them," he said.

The plans will be published this afternoon by Mandelson's Department for Business, Innovation and Skills. He is expected make a statement to the House of Lords at 3pm. The announcement of a review of the student funding system will follow next week.

Universities will be told they should treat students more like customers and become more responsive to the needs of businesses. It could lead to radical changes in how students take degrees, including more Open University-style, web-based degrees to allow students to work while they study, and schemes to encourage employers to pay towards the costs of degrees.

Every university will be asked to publish course-by-course graduate employment rates, along with details of the number of drop-outs and the amount of teaching time students get, to give applicants more information about what their fees are spent on. The food-labelling style system to tag each course is designed to give students more information, which has widely been interpreted as preparation for raising tuition fees.

Mandelson said: "It's very important, and we shall say this today, that universities must give much fuller information about the type and quality of teaching and how much direct contact with teachers they will have … and what outcomes there have been."

His statement will emphasise that higher education should aid social mobility, with ministers expected to give a strong backing to universities that prioritise "contextual data" about students' backgrounds to help identify talent among applicants from lower performing state schools to break the middle-class stranglehold on the top universities.

Mandelson said the framework would be responding to a report by the former minister Alan Milburn into social mobility, providing "remedial" measures for people who miss out on entering the professions because they didn't go to university.

The framework will be followed in the next week or two by the announcement of a review of the student funding system, which will consider whether to increase charges to students.

It has been reported that Mandelson and David Willetts, the shadow universities minister, have been holding talks about who should chair the review. One name being suggested is Lord Browne, the former chief executive of BP who is president of the Royal Academy of Engineering and a friend of Mandelson's.

The review will be launched but will not report until after the general election – something that has angered the National Union of Students, which has accused the government and opposition of colluding to prevent a proper debate about student fees in the run-up to the election.
Posted by Mercury at 6:13 AM