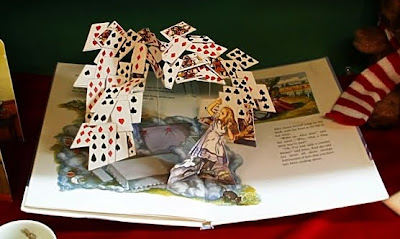 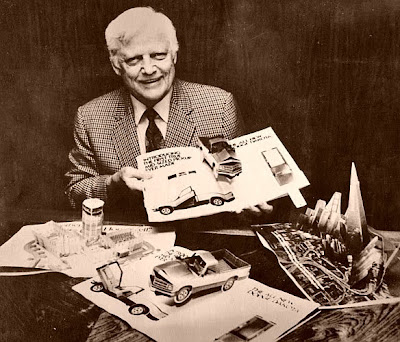 Waldo Hunt
November 28th, 1920 to November 6th, 2009
Okay, not a man of philosophy or science but one who promoted those curious pop-up books. There really is an art to making them and a knowledge of geometry. Just enter "pop-up" books in any image search engine and 100s of examples will be displayed.

The New York Times
On the flat, foursquare pages of a printed book, Waldo H. Hunt could part the Red Sea. He could make hearts beat, lungs fill and bones rattle. He could make dinosaurs rear up, ships set sail and bats quiver in belfries.

An advertising man turned novelty-book packager, Mr. Hunt was almost single-handedly responsible for the postwar revival of the pop-up book in the United States. For decades the country’s leading producer of the books, he is widely credited with having taken a long dormant, long marginalized and long unprofitable publishing genre and making it a thriving, ubiquitous industry.

Mr. Hunt, who lived in Springville, Calif., died on Nov. 6 at 88. His death, in Porterville, Calif., was of congestive heart failure, his family said.

Mr. Hunt’s company, Intervisual Books, produced many of the best-known pop-up books of the modern era, among them “The Human Body,” by Jonathan Miller and David Pelham (Viking Press, 1983), featuring movable internal organs; “The Honeybee and the Robber” (Philomel, 1981), a moving picture book by Eric Carle; and the pop-up version of “Harry Potter and the Chamber of Secrets” (Scholastic, 2002).

One of Mr. Hunt’s books, Jan Pienkowski’s “Haunted House” (Heinemann, 1979), received the Kate Greenaway Medal, a prestigious British prize for children’s book illustration. It was a highly unusual honor for a pop-up book.

Besides working for commercial publishers, Mr. Hunt produced everything from pop-up books to greeting cards, table decorations and store displays for clients like National Geographic, Hallmark Cards and the Walt Disney Company.

Mr. Hunt was also an avid collector of movable books — a term encompassing pop-ups books and those otherwise set in motion — amassing more than a thousand antique and contemporary titles. In 2002 his collection formed the basis of an exhibition, “Pop Up! 500 Years of Movable Books,” at the Los Angeles Central Library.

That year Movable Stationery, the newsletter of the Movable Book Society, an organization of scholars and enthusiasts, called Mr. Hunt “the paterfamilias of pop-up.”

Waldo Henley Hunt, familiarly known as Wally, was born on Nov. 28, 1920, in Chicago and reared in California. He briefly attended Stanford University before serving in the Army during World War II. After the war he started his own advertising agency, eventually called W. H. Hunt & Associates, in Los Angeles.

In the mid-1950s Mr. Hunt sold his agency to Compton Advertising, a large New York concern, staying on as its Los Angeles manager. Growing disenchanted with the industry, he formed a new company, Graphics International, with a colleague in the early ’60s. But Mr. Hunt did not find his company’s true direction until after he came across the work of Vojtech Kubasta, a master Czech paper engineer of the mid-20th-century whose pop-up castles and cathedrals seemed to leap off the page.

Through Graphics International Mr. Hunt began producing pop-up advertising inserts for magazines, including the Wrigley Zoo, a memorable series of chewing-gum ads featuring a three-dimensional menagerie. But before he could crack the trade-book market, he had to overcome two longstanding hurdles: institutional bias and prohibitive cost.

Movable books have been around at least since the late Middle Ages. Originally aimed at adult readers, they employed cutting-edge technology — glue, paper, scissors — to illustrate three-dimensional concepts like anatomy, astronomy and landscaping. By the Victorian era, magnificent pop-up fairy-tale books were widely produced for children.

Until the early 20th century, the world’s finest movable books were made by German printers for English publishing houses. With the coming of World War I, the collaboration stopped, Ann R. Montanaro, the director of the Movable Book Society and the author of “Pop-Up and Movable Books: A Bibliography” (Scarecrow Press, 1993), explained by telephone on Monday. By the time Mr. Hunt entered the field, she said, pop-ups were published in this country only rarely, and most were of poor quality.

As a result, Mr. Hunt had to counter the pervasive belief that pop-up books were no more than shoddy toys. He also had to counter the high cost of making them: each book needed to be assembled painstakingly by hand, the method still used today.

“It’s very time-consuming and very involved,” David A. Carter, a well-known pop-up book artist, said on Monday. “The engineering changes from spread to spread and book to book. So it’s not something that can be designed on an assembly line.”

Mr. Hunt took the assembly work abroad, first to Japan and later to Latin America, where costs were lower. After Graphics International secured the contract to produce “Bennett Cerf’s Pop-Up Riddles” (Random House, 1965), his entrée into the book world was assured.

Graphics International was later sold to Hallmark; in the mid-1970s Mr. Hunt founded what became Intervisual Books. The company, which employed a world-class team of artists, designers and paper engineers, was sold several years ago to Dalmatian Press, a children’s book publisher.

Mr. Hunt’s first two marriages ended in divorce. He is survived by his third wife, the former Patricia Elliott; their daughters, Kimberly Hunt and Jamie Hunt; a daughter, Marsha Hunt, from his second marriage; a brother, Randy; and three grandchildren.

Today bookstores are awash in pop-up books, produced by a bevy of packagers around the country. “None of this would exist without Wally,” Mr. Sabuda said. “None of us would be able to be here doing this now if Wally hadn’t truly blazed the way for us to come up after.”

Joan Irvine: How to Make a Pop-up