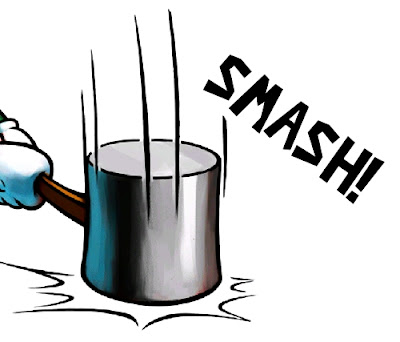 PHYSORG.com
In a statement, the European Organisation for Nuclear Research (CERN) said two beams circulating simultaneously led to collisions at all four detection points during the afternoon and evening.

"It's a great achievement to have come this far in so short a time," said CERN director general Rolf Heuer. "But we need to keep a sense of perspective. There's still much to do before we can start the LHC physics programme."

CERN had declared earlier Monday the relaunch of the 3.9 billion euro (five billion dollar) collider "an enormous success," after it was out of action for 14 months due to a serious electrical fault.

Scientists are looking to the collider -- inside a 27-kilometre (16.8-mile) tunnel straddling the Franco-Swiss border -- to mimic the conditions that followed the Big Bang and help explain the origins of the universe.

"Today the LHC circulated two beams simultaneously for the first time, allowing the operators to test the synchronization of the beams and giving the experiments their first chance to look for proton-proton collisions," CERN said in its statement.

"With just one bunch of particles circulating in each direction, the beams can be made to cross in up to two places in the ring," it explained.

The first collision was picked up at 2:44 pm (1344 GMT) by the Atlas detector, beneath the Swiss town of Meyrin, one of several laid out along the route of the world's most powerful physics experiment.

Smash-ups then followed at the three other detectors, known as CMS, Alice and LHCb.

"It was standing-room-only in the Alice control room and cheers erupted with the first collisions," said Alice spokesperson Jurgen Schukraft. "This is simply tremendous."

Earlier in the day, scientists injected the first sub-atomic particles back into the collider, then got particle beams circulating within the accelerator.

The LHC has an operating life of up to 15 years, and the collisions that it produces should generate masses of data that could unlock mysteries about the creation of the universe and the fundamental nature of matter.

That would match the maximum output of what now is the largest functioning collider in the world, at the Fermilab near Chicago in the United States.

"Already with 3.5 TeV, we can open new windows into physics. That can already happen next year," said Heuer earlier Monday, refraining however from predicting how soon fresh data could be generated.

The LHC took nearly 20 years to construct and aims to resolve physics enigmas such as an explanation for "dark matter" and "dark energy" that account for 96 percent of the cosmos and whether other dimensions exist parallel to our own.

The Holy Grail will be finding a theorised component called the Higgs Boson, which would explain how particles acquire mass. The frustratingly elusive Higgs has been dubbed the "God particle".

Enter "LHC" or "Large Hadron Collider" in the search engine for more material.
Posted by Mercury at 5:43 AM

expensive toys, let us hope it comes thru with some outstanding research, after Climategate we need some exciting news from science.

There is always exciting news from science. The realm of quantum computers will make our current instruments dinosaurs.