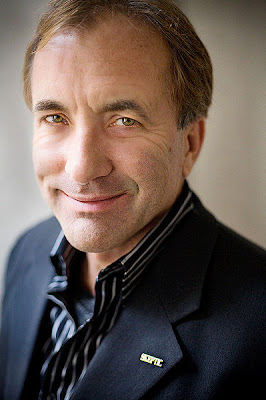 I have often been amused that many alien representations are humanoid. Watch a few episodes of the Star Trek series and you will discover that aliens can be rocks and pure energy. Is it human arrogance to believe they resemble humans?

Scientific American Magazine
What are the odds that intelligent, technically advanced aliens would look anything like the ones in films, with an emaciated torso and limbs, spindly fingers and a bulbous, bald head with large, almond-shaped eyes? What are the odds that they would even be humanoid? In a YouTube video, produced by Josh Timonen of the Richard Dawkins Foundation for Reason and Science, I argue that the chances are close to zero ( www.youtube.com/watch?v=JKAXrmkx12g ). Richard Dawkins himself made this interesting observation in a private communication after viewing it:

I would agree with [Shermer] in betting against aliens being bipedal primates, and I think the point is worth making, but I think he greatly overestimates the odds against. [University of Cambridge paleontologist] Simon Conway Morris, whose authority is not to be dismissed, thinks it positively likely that aliens would be, in effect, bipedal primates. [Harvard University biologist] Ed Wilson gave at least some time to the speculation that, if it had not been for the end-Cretaceous catastrophe, dinosaurs might have produced something like the attached [referring to paleontologist Dale A. Russell’s illustrated evolutionary projection of how a bipedal dinosaur might have evolved into a reptilian humanoid].

I replied to Dawkins that if something like a smart, technological, bipedal humanoid has a certain level of inevitability because of how evolution unfolds, then it would have happened more than once here. In his 2001 book Nonzero: The Logic of Human Destiny, Robert Wright argues that our existence precludes other terrestrial intelligences of our level from arising. But Neandertals were as close as one can get to a counterfactual experiment: they had hundreds of thousands of years to themselves in Europe without our interference and showed nothing like the technological and cultural progress of the modern humans who displaced them. Dawkins’s rejoinder to me is enlightening:

But you are leaping from one extreme to the other. In the film vignette, you implied a quite staggering rarity, so rare that you don’t expect two humanoid life-forms in the entire universe. Now you are ... pointing out, correctly, that a certain inevitability would predict that humanoids should have evolved more than once on Earth! So, yes, we can say that humanoids are fairly improbable, but not necessarily all that improbable! Anything approaching “a certain inevitability” would mean millions or even billions of humanoid life-forms in the universe, simply because the number of available planets is so huge. Now, my guess is intermediate between your two extremes ... I suspect that humanoids are not so very rare as to justify the statistical superlatives that you permitted yourself in the vignette.

Good point. But of the 60 to 80 phyla of animals, only one, the chordates, led to intelligence, and only the vertebrates actually developed it. Of all the vertebrates, only mammals evolved brains big enough for higher intelligence. And of the 24 orders of mammals only one—ours, the primates—has technological intelligence. As the late Harvard evolutionary biologist Ernst Mayr concluded: “Nothing demonstrates the improbability of the origin of high intelligence better than the millions of phyletic lineages that failed to achieve it.” In fact, Mayr calculated that even though there have evolved perhaps as many as 50 billion species on Earth, “only one of these achieved the kind of intelligence needed to establish a civilization.”

The late astronomer Carl Sagan, in a Planetary Society debate with Mayr (Bioastronomy News, Vol. 7, No. 4, 1995), noted that technologically communicating species “may live on the land or in the sea or air. They may have unimaginable chemistries, shapes, sizes, colors, appendages and opinions. We are not requiring that they follow the particular route that led to the evolution of humans. There may be many different evolutionary pathways, each unlikely, but the sum of the number of pathways to intelligence may nevertheless be quite substantial.”

Thus, the probability of intelligent life evolving elsewhere in the cosmos may be very high even while the odds of it being humanoid may be very low. I strongly suspect that we are blinded by Protagoras’ bias (“Man is the measure of all things”) when we project ourselves into the alien Other.

Thanks to POSP stringer Tim.
Posted by Mercury at 2:30 PM