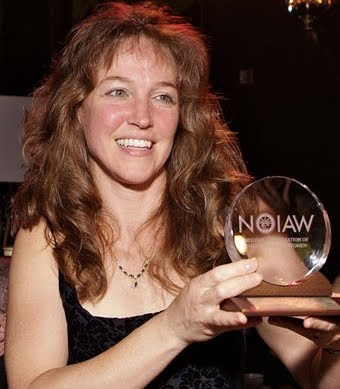 What a bizarre story. Now just think a moment and change the scene to Mars or even the Moon. Romance/sex in space is a serious factor.

FOXNEWS.com
A former NASA astronaut charged with attacking a romantic rival pleaded guilty Tuesday to burglary and battery but was sentenced only to a year probation and no additional jail time.

Lisa Nowak, 46, agreed to the plea to avoid a trial slated for next month and in the hopes of landing a lighter sentence — which she got.

Wearing a wig and trenchcoat, Nowak followed victim Colleen Shipman to the parking lot and tried to get into her car, then attacked her with pepper spray. Shipman had begun dating Nowak's love interest, former space shuttle pilot Bill Oefelein, and was able to drive away.

Police arrested Nowak a short time later near a trash can in the parking lot, where she was seen getting rid of a bag. In it, police found a steel mallet, a knife, a BB pistol, rubber tubing and several large garbage bags.

In addition to the probation and two days in jail, time served, Nowak also was ordered to take an 8-hour anger management class and complete 50 hours of community service.

The judge told her to stay "totally" away from both Shipman and Oefelein.

In admitting the charges of felony burglary of a car and misdemeanor battery, Nowak said Tuesday she understood the consequences. She said she was no longer plagued by mental problems.

"The counseling has been completed and I am not suffering from any debilitation at this time," Nowak told Circuit Judge Marc L. Lubet.

Nowak had originally been charged with a second felony: attempted kidnapping.

Later in the proceedings, after being told by the judge to face Shipman, Nowak apologized.

"I'm glad to have the opportunity to apologize to Miss Shipman," Nowak said. "I am sincerely sorry. I hope very much that we can all move forward from this with privacy and peace."

But Shipman, who gave tearful testimony about the effects Nowak's actions have had on her life, characterized Nowak as a deceptive charmer.

"Please don’t be fooled. I was fooled. Lisa Nowak is a very good actress," Shipman said. "She turned on her charm and spun a pitiful story."

Nowak, a Navy captain, is accused of confronting Shipman in the parking lot of Orlando International Airport in February 2007 after driving 1,000 miles from Houston.

Shipman had begun dating Nowak's love interest, Oefelein, 44 — who also was forced out of NASA and now lives in Alaska with Shipman.

"Almost three years later, I'm still reeling from her vicious attack," Shipman told Lubet Tuesday. "I know in my heart when Lisa Nowak attacked me, she was going to kill me. I believe I escaped a horrible death that night."

"The world as I knew it before Lisa Nowak attacked me is gone," she told the judge, weeping. "I constantly look over my shoulder when I go outside so I can’t be a victim to a surprise attack again."

Shipman said she now suffers from migraines and high blood pressure, can't sleep without a light on, bought a shotgun and has a concealed weapons permit.

"I have horrible anxiety — especially at night," Shipman said. "I have terrifying nightmares of being cut into little pieces. I have barricaded my doors."

The trial had been scheduled to begin in December. Nowak told the judge she spent a year-and-a-half in counseling, and he decided not to sentence her to more.

Lubet ordered Nowak to write an apology letter to the victim's lawyer but otherwise have no contact with Shipman or Oefelein.

"You are to stay totally away from her (and have) absolutely no contact of any sort," Lubet told Nowak. "You brought this on yourself. I don't have any sympathy for you in that respect."

He handed down a relatively light sentence because of what he characterized as Nowak's exemplary actions since her arrest and the fact that she has no prior criminal record.

An appeals court ruled last year that diapers, latex gloves and other items found in Nowak's car can be used as evidence but her six-hour police interview after her arrest cannot.

The court said investigators took advantage of the former astronaut, who had not slept for more than 24 hours, coercing her into giving information.

Nowak flew on one space shuttle mission in 2006. She was dismissed from the astronaut corps after her arrest and has since been on active duty at a Navy base in Corpus Christi, Texas.

Nowak has a teenage son and twin girls with husband Richard, who works for a NASA contractor. The couple separated, but Nowak still is reportedly married.

Sex in space--redux
Posted by Mercury at 4:44 PM

Now Tim...this is all part of being human...the romance/love thing--you known how that works, don't you?