Shadows of doubt on DNA evidence? 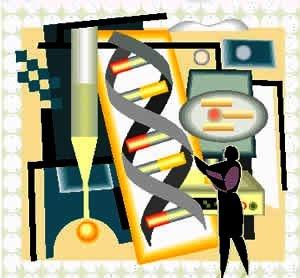 An evil prosecutor could do this. I wonder if it has been done in the past. It is interesting to note that no defense attorney [yet] has challenged the efficacy of the laboratories and techniques let alone the crime scene investigators. Errors can occur.

The New York Times
Scientists in Israel have demonstrated that it is possible to fabricate DNA evidence, undermining the credibility of what has been considered the gold standard of proof in criminal cases.

The scientists fabricated blood and saliva samples containing DNA from a person other than the donor of the blood and saliva. They also showed that if they had access to a DNA profile in a database, they could construct a sample of DNA to match that profile without obtaining any tissue from that person.

“You can just engineer a crime scene,” said Dan Frumkin, lead author of the paper, which has been published online by the journal Forensic Science International: Genetics. “Any biology undergraduate could perform this.”

Dr. Frumkin is a founder of Nucleix, a company based in Tel Aviv that has developed a test to distinguish real DNA samples from fake ones that it hopes to sell to forensics laboratories.

The planting of fabricated DNA evidence at a crime scene is only one implication of the findings. A potential invasion of personal privacy is another.

Using some of the same techniques, it may be possible to scavenge anyone’s DNA from a discarded drinking cup or cigarette butt and turn it into a saliva sample that could be submitted to a genetic testing company that measures ancestry or the risk of getting various diseases. Celebrities might have to fear “genetic paparazzi,” said Gail H. Javitt of the Genetics and Public Policy Center at Johns Hopkins University.

“DNA is a lot easier to plant at a crime scene than fingerprints,” she said. “We’re creating a criminal justice system that is increasingly relying on this technology.”

John M. Butler, leader of the human identity testing project at the National Institute of Standards and Technology, said he was “impressed at how well they were able to fabricate the fake DNA profiles.” However, he added, “I think your average criminal wouldn’t be able to do something like that.”

The scientists fabricated DNA samples two ways. One required a real, if tiny, DNA sample, perhaps from a strand of hair or drinking cup. They amplified the tiny sample into a large quantity of DNA using a standard technique called whole genome amplification.

Of course, a drinking cup or piece of hair might itself be left at a crime scene to frame someone, but blood or saliva may be more believable.

The authors of the paper took blood from a woman and centrifuged it to remove the white cells, which contain DNA. To the remaining red cells they added DNA that had been amplified from a man’s hair.

Since red cells do not contain DNA, all of the genetic material in the blood sample was from the man. The authors sent it to a leading American forensics laboratory, which analyzed it as if it were a normal sample of a man’s blood.

The other technique relied on DNA profiles, stored in law enforcement databases as a series of numbers and letters corresponding to variations at 13 spots in a person’s genome.

From a pooled sample of many people’s DNA, the scientists cloned tiny DNA snippets representing the common variants at each spot, creating a library of such snippets. To prepare a DNA sample matching any profile, they just mixed the proper snippets together. They said that a library of 425 different DNA snippets would be enough to cover every conceivable profile.

Nucleix’s test to tell if a sample has been fabricated relies on the fact that amplified DNA — which would be used in either deception — is not methylated, meaning it lacks certain molecules that are attached to the DNA at specific points, usually to inactivate genes.

Ivans...FBI's trail of blunders & tragic end
Posted by Mercury at 6:23 AM