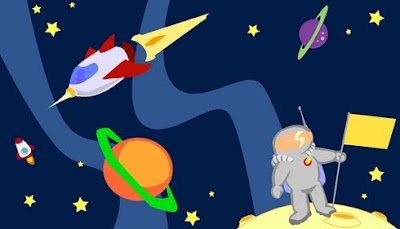 Well, it appears that "common sense" and logic are settling in at NASA.

Reuters
The U.S. plan to return astronauts to the moon by 2020 will not happen without a big boost in NASA's budget, leaving only the International Space Station as a viable target for the country's human space program, according to a presidential review panel.

The Human Space Flight Plans committee, which presented its preliminary findings to the White House on Friday, concluded that a human mission to Mars currently would be too risky.

The only human space program affordable under NASA's existing budget is an enhanced space station, one that has a side benefit of seeding a commercial passenger-launch services market, said the panel, which completed a series of public meetings this week.

NASA spends about half of its $18 billion annual budget on human space flight to fly the space shuttles, build and operate the space station and develop new vehicles in a follow-on program called Constellation.

The committee said the new U.S. exploration initiative -- aimed at landing astronauts on the moon by 2020 -- is doomed because its 10-year, $108 billion budget has been shaved by about $30 billion.

"We can't do this program in this budget," said panel member Sally Ride, a former astronaut. "This budget is simply not friendly to exploration."

Even with additional funds, heading to the moon may not be the best choice for human missions, the panel concluded. More economical and potentially more galvanizing to the public would be flights to asteroids and other destinations, it said.

The ultimate goal of future U.S. endeavors should be excursions to Mars, but the money and technologies needed to do so are not currently available, the panel said.

"We think to go direct to Mars with today's technology and money is riskier than we would want to be associated with," Augustine said. "It would likely not succeed."

NASA for decades has explored Mars with unmanned spacecraft and rovers that have roamed the Red Planet's surface.

NASA already has spent about $9 billion on Constellation, a project to build a capsule, rockets and lunar landers like those developed for the 1960s-era Apollo moon program.

The outlook for missions beyond Earth's orbit turned even bleaker when the committee added funding to keep the space station operational through about 2020, as the station partners, including the United States, have said they would do.

NASA currently has no funding in place after 2015 for the space station, a $100 billion project of 16 nations.

Construction of the station is scheduled to be finished next year after seven more flights of the space shuttle, which orbits 225 miles above the planet.

After the shuttles are retired, NASA plans to pay Russia to transport crews to the station. The panel's recommendations include adding $2.5 billion into NASA's budget between 2011 and 2014 for commercial launch services to the space station.

"We'd like to get NASA out of the business of flying people to low-Earth orbit," Ride said.

The board's final report is due on August 31.

Union-Tribune
Even as NASA last month celebrated the 40th anniversary of its greatest triumph — putting men on the moon and bringing them safely back to Earth — experts quietly but correctly warned that America's space program today is a mess.

Its only vehicle capable of manned flight, the space shuttle, is a relic set for its final mission in less than 13 months. NASA is woefully underfunded compared to its glory days, with, given economic realities, little hope for a significant infusion. The International Space Station has a planned demise that is less than six years away.

Perhaps most important, the U.S. space program lacks a clear vision — a mission equivalent to JFK's famous promise to beat the world to the moon. NASA not only does not have a definitive plan for where to go next in space — the moon, or Mars, or the moons of Mars — it does not know whether to place its priority on manned flight, which is sexy to the public but very expensive, or robots, far cheaper but which fail to win public excitement.

In 2004, President George W. Bush proposed going back to the moon by 2020, using a station there as a launching pad for eventually going to Mars. But returning to the moon is of dubious scientific value and has a been-there-done-that feel to it.

To his credit, President Barack Obama this spring put together a panel of experts to review NASA's manned space program. The White House was reportedly hoping the panel would recommend a much cheaper way than the Bush plan to get back to the moon.

But what the panel told new NASA administrator Charles Bolden and White House officials in presenting its preliminary findings last week was that NASA's current budget of $18 billion a year offers no hope of manned flight beyond the International Space Station for at least another 20 years.

In other words, Obama must find billions more for manned space exploration or move ahead with an eviscerated — and pointless — program.

Perhaps this is a good dilemma. It will force the administration, and all policymakers, to confront the question of what the United States really wants from a space program in an era of trillion-dollar budget deficits.

The Obama panel concluded that a manned moon mission by 2020 is unrealistic but that there are alternatives, including pushing ahead with the next generation of vehicles for human space flight, extending the shuttle program and the space station and relying much more on commercial space flight.

There is another option suggested by at least one independent expert that we think makes sense.

President Kennedy used the moon-landing program as a foreign policy tool to put the Soviets in their place in terms of leadership in space.

Obama could use the space program as a foreign policy tool to significantly increase multinational participation. It could help pay the freight — and might even bring the world closer together.

Value of space exploration?
Posted by Mercury at 1:04 PM

there is a God.....at last some common sense in the uncommon

Economics and a change of players in space exploration will certainly alter NASA's philosophy.

Hope you guys like having to speak Chinese when we try to go back to the moon or Mars.

How many films about real space events cover robot missions as opposed to manned missions?

Quick, tell me one film about a real robot space mission compared to say Apollo 13.

You seam to imply that the global predominate language would be Mandarin...a language employed in all human activities: Communication and commerce in small town USA--not just in space exploration. Well, I am not speaking or writing Japanese, Portuguese [Brazil], or Russian and they are principle players.

Nope, the space program[s] won't disappear...just more focused and shared with other countries.

Don't understand the "robot" question. Are you trying to validate or certify space exploration based on "true to life" space adventures and human involvement [in the medium of cinema]?

I am simply pointing out that the biggest funding has and will always go to manned exploration and not just because it costs more.

Humans in space is what most people and politicians see when they think space exploration. Robotos are not idolized in that way and never will be. Thus my comment on Apollo 13 and such.

And again I ask, name one mainstream film that stars a real robot space explorer.

"I am simply pointing out that the biggest funding has and will always go to manned exploration and not just because it costs more."

Sure, the risk factor is extremely high as well as logistics and equipment stability. But ask this: Dollar for dollar has any manned space program yielded more knowledge than non-manned space programs? Just review...Mariner 10 [Mercury], MESSENGER [Mercury], Mariner 2 [Venus], Ranger 4 [Moon], orbiters, landers, and rovers [Mars], Galileo [Jupiter], Cassini-Huygens [Saturn], Voyager 1 and 2 [Saturn, Uranus, Neptune, etc.], New Horizons [Pluto] and many others [whose names I cannot remember] investigating asteroids, comets, etc. As Richard Feynman stated ["What Do You Care What Other People Think?"] "...that human space travel (as distinguished from space exploration in general, such as robotic missions) has never achieved any major scientific breakthroughs."

"Humans in space is what most people and politicians see when they think space exploration. Robotos are not idolized in that way and never will be. Thus my comment on Apollo 13 and such."

That is true too...it is easier to identify with human activity in space than a probe. And yes "politics" too Both are incorrect reasons to explore space. One is based on a fundamental ignorance of gaining knowledge of the universe and the other is based on global politics and prestige as well as some sort of military advantage and the economics of, say, finding pure titanium on the Moon. It is a romance.

"And again I ask, name one mainstream film that stars a real robot space explorer."

I cannot think of one and don't understand the relevance of the question.

i think there is some fertile ground here in a robot movie about exploring space. you could mix it up with human contact and robot reaction and as the mission lengthened and more and more humans are needed to converse with robot. the robot eventually becomes more human and the humans become more machine like. hmmmmm....wish i could write....but what with all the emails from women i can hardly keep up on that

It just occurred to me that "Star Trek: The Next Generation" featured "Data"--an android.