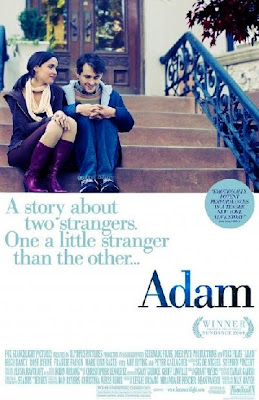 Opening in theaters soon is a film called Adam addressing the subject of Asperger syndrome [distinct from autism "by its relative preservation of linguistic and cognitive development"] and romance between two young people.

Adam is directed by Max Mayer and staring Hugh Dancy and Rose Byrne. "Adam is a handsome but intriguing young man who has all his life led a sheltered existence -- until he meets his new neighbor, Beth, a beautiful, cosmopolitan young woman who pulls him into the outside world, with funny, touching and entirely unexpected results. Their implausible and enigmatic relationship reveals just how far two people from different realities can stretch in search of an extraordinary connection." The film was the 2009 Sundance winner.

Chicago Sun Times
Adam seems to be a good catch for a young woman. He’s good-looking, works as an engineer, has a big, comfy apartment, is fascinated by astronomy and knows lots and lots of stuff. However, he has Asperger’s syndrome. Beth has never met anyone like him. He behaves in social situations with an honesty that approaches cruelty and doesn’t seem much aware of that.

"Adam," the story of a romance involving this unlikely couple, would seem even more unlikely if Beth herself weren’t self-centered. Perhaps it takes a man even less outgoing to inspire her nurturing side. At first Adam simply offends her with his baffling objectivity. Then he explains, "I have Asperger’s" and she understands. If she knows the term, it’s surprising she hasn’t already arrived at that diagnosis herself.

Asperger’s is sometimes described as high-functioning autism, although some argue the conditions are not related. The syndrome produces people who can be quite intelligent and functioning, but lack ordinary social skills or insights. Adam (Hugh Dancy) does not know, for example, that when a proud young mother shows off a cute new baby, he should ooh and aah. There is not a single ooh or aah in him.

Yet he feels a perplexing attraction to Beth (Rose Byrne). He even — what’s this? — experiences sexual feelings for another person for perhaps the first time in his life. Beth is touched. Adam’s condition draws her out of her own self-absorption. When he faces a daunting job interview, she coaches him: Look the other person in the eye. Seem interested. Don’t go on autopilot with one of your streams of information. Look like you want the job.

In a way, she could be coaching him about how to behave toward herself. And indeed such coaching is one of the forms of therapy used with Asperger’s. He responds slowly, awkwardly, with breaches of behavior that at times infuriate her. The film somehow extracts from their situation a sweet, difficult relationship, although it’s a good question how she finds the will to persist.

The film complicates their story with one about Beth’s parents, Rebecca and Marty (Amy Irving and Peter Gallagher). They’re concerned that she broke up with a suitable young man and now brings Adam home. They’re also worried by a court case charging that Marty, an accountant, misrepresented a client’s books. There are even courtroom scenes, touching on this separate drama I’m not sure really relates to the central story.

Adam seems completely isolated, except for Beth and his only other friend, Harlan (Frankie Faison). Harlan gives him lifts, has lunch with him, advises him, instinctively understands him. These two accept each other without questions, and Adam needs Harlan, although it’s unclear if he realizes just how much.

Hugh Dancy and Rose Byrne, he from England, she from Australia, have seamless American accents, and make a pleasant couple. You may remember her as Diana, the grown-up daughter of the little girl at the beginning of "Knowing," who wrote down the numbers. As her parents, Irving and Gallagher are always plausible, never over the top, showing that her father, too, has had his difficulties in communicating, and her mother knows all about that.

The film has a storybook ending — literally, from a children’s book that Beth writes. It’s unclear how much of a storybook lifetime the two will have together. "Adam" wraps up their story in too tidy a package, insisting on finding the upbeat in the murky, and missing the chance to be more thoughtful about this challenging situation. 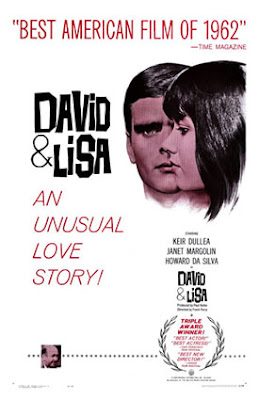 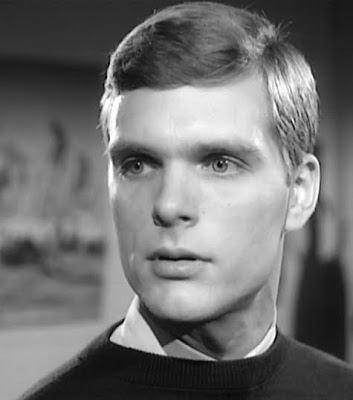 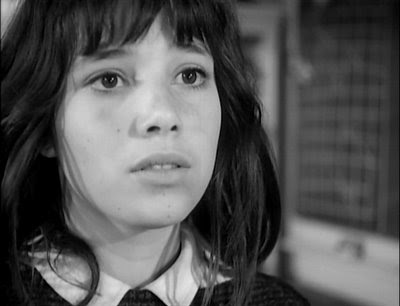 Adam appears to be a light-hearted film and brought back a memory of a more serious film by Frank Perry...David and Lisa. This 1962 low budget film stars Keir Dullea [David] who suffers from obsessive-compulsive disorder and Janet Margolin [Lisa] with dissociative identity disorder. A powerful film.

Oh great, he's an astronomer, so the film audience will think that those into such science are even more remote from the rest of humanity than ever.

The one saving grace is that only a few people will see this film, as it doesn't have any giant changing robots in it.

i think anyone in the business of the hard sciences is already considered somewhat removed from humanity....and that is quite alright with me. so are poets....

It's not that I have a problem not being associated with most of the train wrecks that call themselves human, I just don't like being stigmatized further by a film.

Yes, there are hypocritical contradictions in the above sentence, aren't there?

Not my fault if humanity still thinks digital watches are really neat things.

I have not seen the film but I suspect that science [astronomy] is not the fulcrum of this film...more on the relationship between the two young people.

Anonymous i would not be worried about the film because in the corners of humanity where it counts i would say you are greatly appreciated and admired. i thoroughly enjoyed my time in astronomy classes.

Not a whole lot wrong with "giant changing robots". Remember Nereus? Remember Hercules and his tenth "labor"...to steal the Golden Apples from Hera's Garden of the Hesperides and his encounter with Nereus? Nereus was a shapeshifter. And behold, wasn't Santa a "shapeshifter"? The jolly fat man squeezing down a narrow chimney flu? Mythology isn't dead.

But the observation is correct in that people would rather view escapist films of action and adventure: The morphing robots and crashing vehicles.

Art films usually die on the vine and supported but by a small cadre of viewers.