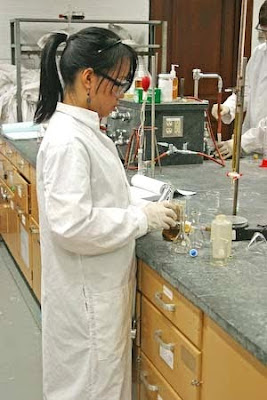 It's about time something was done with biased drug documents.

The New York Times
A growing body of evidence suggests that doctors at some of the nation’s top medical schools have been attaching their names and lending their reputations to scientific papers that were drafted by ghostwriters working for drug companies — articles that were carefully calibrated to help the manufacturers sell more products.

Experts in medical ethics condemn this practice as a breach of the public trust. Yet many universities have been slow to recognize the extent of the problem, to adopt new ethical rules or to hold faculty members to account.

Those universities may not have much longer to get their houses in order before they find themselves in trouble with Washington.

With a letter last week, a senator who helps oversee public funding for medical research signaled that he was running out of patience with the practice of ghostwriting. Senator Charles E. Grassley, an Iowa Republican who has led a long-running investigation of conflicts of interest in medicine, is starting to put pressure on the National Institutes of Health to crack down on the practice.

That is significant because the N.I.H., a federal agency in Bethesda, Md., underwrites much of the country’s medical research. Many of the nation’s top doctors depend on federal grants to support their work, and attaching fresh conditions to those grants could be a powerful lever for enforcing new ethical guidelines on the universities.

Like many of the universities, N.I.H. appears reluctant to tackle the issue. A spokesman said the agency was committed to maintaining objectivity in science. But he added that in the case of ghostwriting allegations, universities and other institutions that employ researchers are responsible for setting and enforcing their own ethics policies.

“How long does it have to go on before it actually is stopped? One way to stop it would be if the actual authors were punished in some way,” said Dr. Carl Elliott, a professor at the Center for Bioethics of the University of Minnesota. “But the academics who are complicit in it all never seem to be punished at all.”

The full scope of the ghostwriting problem is still unclear, but recent revelations suggest that the practice is widespread. Dozens of medical education companies across the country draft scientific papers at the behest of drug makers. And placing such papers in medical journals has become a fundamental marketing practice for most of the large pharmaceutical companies.

“Just three days ago, I got a request to be the author of a ghostwritten article about the effectiveness of a cholesterol-lowering drug,” Dr. James H. Stein, professor of cardiology at the University of Wisconsin School of Medicine, said this month. “This happens all the time.” He declined to attach his name to the paper.

Allegations of industry-sponsored ghostwriting date back at least a decade, to scientific articles about fen-phen, the diet drug combination that was taken off the market in 1997 amid concerns that it could cause heart-valve damage. But evidence of the breadth of the practice has come to light only gradually, most recently in documents released in litigation over menopause drugs made by Wyeth.

The documents offer a look at the inner workings of DesignWrite, a medical writing company hired by Wyeth to prepare an estimated 60 articles favorable to its hormone drugs. In one publication plan, for example, DesignWrite wrote that the goal of the Wyeth articles was to de-emphasize the risk of breast cancer associated with hormone drugs, promote the drugs as beneficial and blunt competing drugs. The articles were published in medical journals between 1998 and 2005 — continuing even though a big federal study was suspended in 2002 after researchers found that menopausal women who took certain hormones had an increased risk of invasive breast cancer and heart disease.

Wyeth has changed its policy in the years since the hormone papers were published, according to Douglas Petkus, a company spokesman, and now requires that scientific articles acknowledge any participation by Wyeth or a Wyeth-sponsored writer. Some leading medical journals have also beefed up their disclosure policies for authors.

Some of the authors of the Wyeth hormone articles played significant roles in the work, while others made minor changes to drafts that were prepared for them, the documents show. But, in the main, the articles did not disclose that they had been drafted by outside writers paid to advance the drug company’s views.

Many universities have been slow to react to evidence about the extent of the practice. In December, for example, Mr. Grassley released documents indicating that DesignWrite had drafted an article that was published under the name of a gynecology professor at New York University School of Medicine.

Eight months later, a spokeswoman said the school had not looked into the matter.

She added N.Y.U. never condoned ghostwriting and was now drafting a written policy to that effect. Faculty members, however, are responsible for the integrity of their own work, she said.

But bioethicists said that medical schools must take responsibility for faculty members whose publications do not explicitly acknowledge the work of writers receiving industry support. Such subsidized articles allow pharmaceutical companies to use the imprimatur of respected academics — and by extension, the stature of their institutions — to increase sales of certain drugs, ultimately skewing patient care, they said.

“To blow this off is not acceptable,” said Dr. Ross McKinney, the director of the Trent Center for Bioethics at Duke University Medical Center. Duke has a policy that prohibits ghostwriting and advises faculty to keep records of their participation in preparing scientific articles.

“Our ultimate responsibility is to provide good care, and research is the foundation of that care,” Dr. McKinney said. “Presenting information where the bias is not made clear is inconsistent with our mission.”

In one measure of the extent of the problem, the medical school of a single university, Columbia, is home to three professors who were authors of Wyeth-financed articles. The three are also recipients of N.I.H. grants, according to the letter from Mr. Grassley.

A spokeswoman for Columbia said that Dr. Lee Goldman, the dean of the medical school, who is not among the professors linked to Wyeth articles, was not available for an interview because he was out of the country. She did not answer a query seeking comment from Columbia.

One of the authors discussed in DesignWrite documents is Dr. Michelle P. Warren, a professor of obstetrics and gynecology at Columbia. Her article was published in The American Journal of Obstetrics and Gynecology in 2004, when women feared that Wyeth’s brand of hormone drugs could be causing particular problems. The thesis of the article was that no one hormone therapy was safer than another.

The published article acknowledged help from four people. But it did not disclose that DesignWrite employed two of those people and the other two worked at Wyeth. Court documents show DesignWrite sent a prepublication copy to Wyeth for vetting and charged Wyeth $25,000 for the article, information not disclosed in the paper.

In a phone interview, Dr. Warren said the article was intended to clear up confusion over the risks of hormone drugs. She said she worked on the project in phone conversations and in meetings — contributions not reflected in the court documents, she added. She said that it was a mistake not to have disclosed the writers’ payment and affiliations in the acknowledgment; articles published today involve more detailed disclosures, she said.

DesignWrite scoured the scientific literature on hormone therapy for the article, she said. “I would never undertake this without some help,” said Dr. Warren, who is the Wyeth-Ayers Professor of Women’s Health at Columbia. “It’s too much work. I am not getting paid for it.”

A new policy at Columbia took effect in January. It prohibits medical school faculty, trainees and students from being authors or co-authors of articles written by employees of commercial entities if the author’s name or Columbia title is used without substantive contribution. The policy, which does not retroactively cover articles like Dr. Warren’s, requires any article written with a for-profit company to include full disclosure of the role of each author, as well as any other industry contribution.

But Dr. Elliott, the bioethicist, said universities should go further than mere disclosure, prohibiting faculty members from working with industry-sponsored writers. Policies asking only for disclosure “allow pharmaceutical companies to launder their marketing messages,” he said. 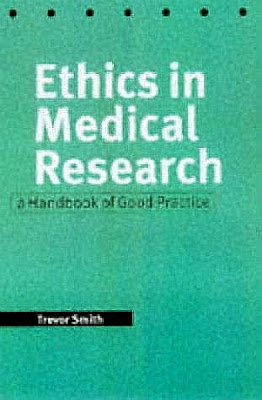 Ethics in Medical Research: A Handbook of Good Practice

in many ways we are not that removed from the old snake oil dealers after the civil war....sad is it not what greed can do