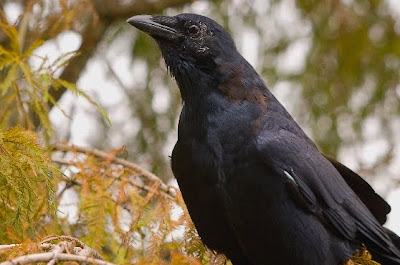 Using tools to act on non-food objects—for example, to make other tools—is considered to be a hallmark of human intelligence, and may have been a crucial step in our evolution. One form of this behaviour, ‘sequential tool use’, has been observed in a number of non-human primates and even in one bird, the New Caledonian crow (Corvus moneduloides). While sequential tool use has often been interpreted as evidence for advanced cognitive abilities, such as planning and analogical reasoning, the behaviour itself can be underpinned by a range of different cognitive mechanisms, which have never been explicitly examined. Here, we present experiments that not only demonstrate new tool-using capabilities in New Caledonian crows, but allow examination of the extent to which crows understand the physical interactions involved.
Methodology/Principal Findings

In two experiments, we tested seven captive New Caledonian crows in six tasks requiring the use of up to three different tools in a sequence to retrieve food. Our study incorporated several novel features: (i) we tested crows on a three-tool problem (subjects were required to use a tool to retrieve a second tool, then use the second tool to retrieve a third one, and finally use the third one to reach for food); (ii) we presented tasks of different complexity in random rather than progressive order; (iii) we included a number of control conditions to test whether tool retrieval was goal-directed; and (iv) we manipulated the subjects' pre-testing experience. Five subjects successfully used tools in a sequence (four from their first trial), and four subjects repeatedly solved the three-tool condition. Sequential tool use did not require, but was enhanced by, pre-training on each element in the sequence (‘chaining’), an explanation that could not be ruled out in earlier studies. By analyzing tool choice, tool swapping and improvement over time, we show that successful subjects did not use a random probing strategy. However, we find no firm evidence to support previous claims that sequential tool use demonstrates analogical reasoning or human-like planning.
Conclusions/Significance

While the ability of subjects to use three tools in sequence reveals a competence beyond that observed in any other species, our study also emphasises the importance of parsimony in comparative cognitive science: seemingly intelligent behaviour can be achieved without the involvement of high-level mental faculties, and detailed analyses are necessary before accepting claims for complex cognitive abilities.


An Aesop fable and learning
Posted by Mercury at 7:24 AM

Many institutions limit access to their online information. Making this information available will be an asset to all.