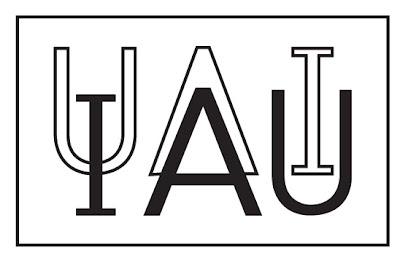 The subject may never come up.

Formerly known as a planet, heavenly body's demotion is likely to stick at new meeting

Houston Chronicle
When they convene Monday in Rio de Janeiro, the grand pooh-bahs of astronomy appear unlikely to revisit their decision from three years ago to demote Pluto, the heavenly body formerly known as the solar system's ninth planet.

The ostracism of Pluto comes despite a slow boil among many U.S. astronomers seething ever since the International Astronomical Union's declassification, as it was the only planet ever found by an American astronomer, Clyde Tombaugh.

"My guess is that the officers of the IAU are going to do their level best to keep Pluto's head from rising at this meeting," said astronomer Stephen Maran , co-author of a new book called Pluto Confidential.

"I think they were very embarrassed about what happened at the last general assembly."

When the IAU general assembly last met three years ago, the world watched as a majority of just 424 total votes were cast to put Pluto in what astronomers felt was its rightful place.

Not only did the scientists at the Prague-based meeting vote to classify Pluto as a "dwarf planet," Maran said, but with perhaps a tinge of anti-Americanism amid the Iraq War they also took the punitive step of ruling that dwarf planets themselves were not planets.

Within weeks of its demotion, Pluto was given the numerical designation 134340 by the IAU's Minor Planet Center, which largely catalogs asteroids. Pluto was now just a number.

The swift and unexpected demotion of Pluto startled the American public, which protested through state legislature resolutions, petitions signed by astronomers to restore Pluto to planethood, and even a song by the band SubPlot A dubbed Pluto Rocks.

Despite all of this, with the first opportunity to finally change Pluto's official status, it's nowhere to be found on the IAU agenda.

"No resolution was submitted in the past months, so it is unlikely that the Pluto issue, or any other solar system naming matters, will come before the General Assembly," said Robert Williams , a Baltimore-based astronomer who is the IAU's president-elect.

So with no revision to Pluto's status is the former planet's demotion officially a fait accompli?

"The IAU executive committee does not want to address it," Sykes said. "They put out their encyclical, and they're basically done with it. But does the IAU dictate thought? No, they're not the holy mother church. There are a lot of scientists who will simply ignore what they have done and continue to refer to and write about Pluto as a planet."

Sykes said he believes evidence will come out within the next decade that will force the IAU to reverse its decision on Pluto.

Two separate probes, the Dawn mission to the large asteroid Ceres and the New Horizons probe to Pluto, should reach their respective targets in the year 2015.

The IAU definition essentially treats dwarf planets such as Ceres and Pluto as innate hunks of rock, Sykes said. But both of these bodies have atmospheres, and Sykes believes the probes will also find evidence of geological activity. Ceres might even have a sub-surface ocean.

"I think we're going to find that these planets are much more like the Earth than Earth is like Jupiter," he said.

Not all American astronomers agree. Foremost among Pluto's detractors is Neil deGrasse Tyson , who as director of the Hayden Planetarium at the American Museum of Natural History in New York City in 2000 omitted Pluto from an exhibit of the planets.

At the Houston Museum of Natural Science, Pluto remains entrenched in an outdoor diagram of the planets, with a plaque that still lists it as a planet.

"We have no plans to remove the object since it's still there in the real solar system," said Carolyn Sumners , the museum's director of astronomy. "Since changing plaques is expensive and Pluto's status is still in flux, we decided to leave the plaque as it is and see if the astronomical community can reach a more permanent consensus."

Type Pluto in the search engine for more material.
Posted by Mercury at 9:43 AM