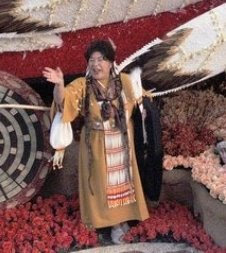 Florence Foster
September 16th, 1940 to July 30th, 2009
A selfless and conscientious individual has passed away. I draw attention to the fact that she witnessed workplace sloppiness and manufacturing errors and when the case was won she refused to seek personal financial gain.

Foster revealed unsafe practices she saw as a Northrop Corp. electronics technician in the '80s. The firm pleaded guilty to 34 felony counts of fraud and paid fines of $17 million.

Los Angeles Times
Florence Foster, an electronics technician who blew the whistle on a tiny Los Angeles-area outpost of Northrop Corp., which led to a massive criminal case involving the falsification of tests on cruise missiles, has died. She was 68.

After becoming one of about 30 employees in 1983 at a small division of Northrop, located in El Monte and then Pomona, Foster quickly knew "something was terribly wrong," she told The Times several years later.

Worried that nuclear weapons with faulty guidance systems destined for the Air Force "could be the start of World War III," Foster mustered the courage to speak up about what she witnessed at Northrop's Western Services Department, she said in a 1989 Times interview.

To her, much about the Northrop operation seemed out-of-kilter with mainstream aerospace industry practices, including the use of wires without date codes, a standard procedure that allows scientists to trace their origin.

On her first day, Foster had been appalled by employees in an electronics clean room smoking cigarettes and eating at workstations.

"I hadn't seen this kind of work being done in the aerospace industry," said Foster, whose experience reached back to the late 1960s.

When she voiced her concerns to her supervisor, Clarence Gonsalves, he told her "that if I just did my work like everybody else, we would get along," Foster said in the 1989 Times article.

Eventually, Gonsalves would plead guilty to overseeing the falsification of tests on cruise missiles and be sentenced to three years in prison.

But first, Foster had to find someone who would listen to her allegations. She had called the FBI, but the agency dismissed her complaints as "sour grapes" because she had been injured on the job, she told The Times in 1989.

A nephew in the Air National Guard intervened, arranging a meeting with agents from the Air Force's Office of Special Investigations. She invited two co-workers to meet with government agents at her Baldwin Park home.

It was the first of many such meetings in 1987 that two years later led the Department of Justice to file criminal charges against Northrop and three of its officials, including Gonsalves.

Northrop shut down the El Monte facility in 1987 and acknowledged that the operation was not following company procedures. In 1990, Northrop pleaded guilty to 34 felony counts of fraud in the case and paid fines of $17 million.

Unlike her two co-workers, Foster chose not to file a civil suit against Northrop. Phil Benson, a lawyer who represented one of the whistle-blowers, said the "spirited" Foster had a "hands-down sense of right and wrong."

She was born Florence Darlene Castaneda on Sept. 16, 1940, in Wapato, Wash., the fifth of 10 children of Rhodie Rose Shincis and Frank Acosta, a farmer.

Foster was a direct descendant of Abram B. Burnett, a 19th-century chief of the Potawatomi tribe known for his mediation skills.

At 15, she married and a year later had the first of three children. The marriage ended in divorce after about 25 years.

Several years after moving to Los Angeles about 1961, she was hit in the face by a two-by-four during a gang attack and spent six months having her face reconstructed, her daughter said.

When a back injury suffered while working for Northrop permanently disabled Foster, she focused on helping to raise her grandchildren and promoting her culture, her daughter said.

In 2001, Foster -- in full Native American attire -- waved to Rose Parade crowds from a float honoring "The First Americans."

In addition to her daughter, Jolene, of Baldwin Park, Foster is survived by her husband, Charles Foster, whom she married in 1993; a son, David Castaneda Vargas of San Dimas; two sisters; five brothers; and six grandchildren.
Posted by Mercury at 7:25 AM