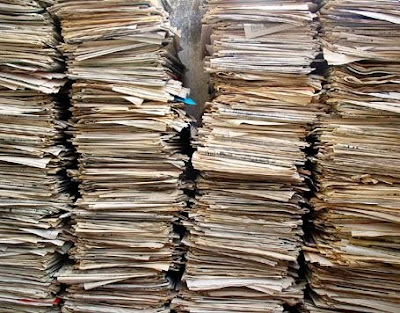 New York Times
Does Rupert Murdoch have one more revolution in him?

The man who took over newspapering in Australia and Britain, and upended the cable news business here, planted a new flag last week, pronouncing that, contrary to popular reports, information does not want to be free; it actually wants to be paid for.

Given the amount of skin he has in that particular game, Mr. Murdoch made quite a splash last Wednesday during an earnings call for the News Corporation.

“Quality journalism is not cheap, and an industry that gives away its content is simply cannibalizing its ability to produce good reporting,” he said. “The digital revolution has opened many new and inexpensive distribution channels but it has not made content free. We intend to charge for all our news Web sites.”

With characteristic confidence, he added that “I believe that if we are successful, we will be followed by other media.” Yes, perhaps when the change takes place over the coming fiscal year, he will be greeted by the sound of hearty applause from his fellow media companies.

Or he may just hear crickets chirping.

Certainly he is not alone. Many news organizations are wondering how to delicately perform some kind of cashectomy on digital consumers. The pay wall idea is neither new nor untried. Just last Monday, The Daily Gazette in Schenectady, N.Y., moved behind a wall.

The New York Times seems to be having a bit of a change of heart as well. After dumping TimesSelect two years ago, the newspaper is exploring various models on the Web, although nothing as firm or far reaching has been announced, and a spokesman for The Boston Globe told The Associated Press on Friday that the newspaper was “heading toward some sort of consumer pay model.” But there was something vaguely oracular and final about his statement, as if saying it might make it so.

Setting aside the execution risk of such a plan, it’s difficult to tell how serious Mr. Murdoch is, given his history of grand statements that were only that. Perhaps he was making an unsubtle effort to change the subject during a bleak earnings call for News Corporation: fourth-quarter operating income, adjusted for certain items, dropped more than 30 percent and after taking $680 million in charges, mainly from the unit that houses MySpace, the company reported a net loss of $203 million.

In the fourth quarter, the company’s newspaper division reported that operating income decreased $167 million from the same period last year. Hence the pivot toward consumers: “We’re hopeful we can build significant revenues from the sale of the digital delivery of newspapers’ news content,” he said.

Finding Mr. Murdoch shouting from the top of a pay wall is a bit of a head scratcher, given that after he bought The Wall Street Journal less than two years ago, his first order of business seemed to be changing that newspaper’s paid Web model to free.

“We are studying it and we expect to make that free, and instead of having one million, having at least 10 million to 15 million in every corner of the earth,” Mr. Murdoch said to shareholders in November of 2007. Executives at the property he bought convinced him that it would be a bad move, and so The Journal’s paid model is now held out as a way forward for much of the industry.

Digital media have not generally been a sweet spot for News Corporation. Sure, WSJ.com and The Times of London and The Sunday Times (in London) have good Web interfaces, but the digital version of The New York Post is frustrating enough to seem as if it were designed to push the consumer back toward print. And given its clear lead on television as a franchise, Fox News’s clunky and uninspired Web site compares very unfavorably to its cable brethren.

Mr. Murdoch may lack a consumer’s perspective on the digital matters. Michael Wolff, the owner of Newser.com and the author of “The Man Who Owns the News,” a biography of Mr. Murdoch, maintained in a blog post last week that Mr. Murdoch had, as of a year ago, never browsed the Web by himself. And while you don’t have to possess a knack for brain surgery to run a hospital, the organic activity of surfing offers this object lesson: when you bump into a wall, you tend to go elsewhere.

But it may depend on the wall. The Financial Times has had some success with a metered approach and may add in an iTunes-like menu for buying individual pieces. And The Wall Street Journal uses a leaky wall that allows sampling, but extracts a convenience charge for those who want easy access to the entire package. Both models have the virtue of continued visibility on search engines while potentially converting those who stop by.

No one expects Mr. Murdoch to erect a barrier around his entire enterprise. News Corporation has the kind of scale and robust media brands that will allow the company to experiment with bundling various kinds of content along topical or geographical lines to see what will click. (The Guardian newspaper of London has reported that News Corporation will use The Sunday Times, a high-quality bit of newspapering, as a beta test, creating a stand-alone site that will have some sort of pay model.)

The problem, both for Mr. Murdoch and the industry at large, is that it’s dangerous to generalize the success of The Wall Street Journal or The Financial Times with paid subscriptions on the Web to other media properties. Those newspapers contain useful data, with a network of alerts and specialized features that make them extremely valuable to people who need up-to-the-minute information to do business.

While I am a sucker for a Page Six item revealing that Paris Hilton has achieved détente with a former frenemy, I’m not about to pay for that information. Much of the news that News Corporation produces is already a commodity by the time it hits the Web.

The deeper problem for Mr. Murdoch and every other newspaper owner is that although the revenue picture for newspapers has changed considerably in the last two years, the consumer is still stuck on zero when it comes to what he or she will pay for the vast majority of content.

“Nothing has changed in terms of the consumer expectation,” said Richard Greenfield, a media analyst at Pali Research. “What has disappeared is the belief that you could have a news business that is sustainable as an advertising-only proposition.”

Regardless of what others do, Mr. Murdoch has some work to do with consumers. When word came down in Australia that Mr. Murdoch would be expecting fees from readers of news.com.au in the coming year, readers rained invective and ridicule on the idea, including a commenter identifying himself as Alan Gilbey:

if people have slowed sales of newspapers what make one think we are going to pay for it via the internet.....