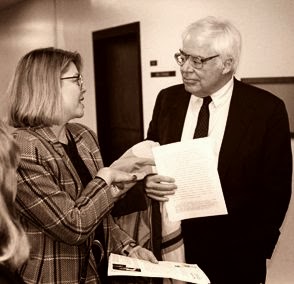 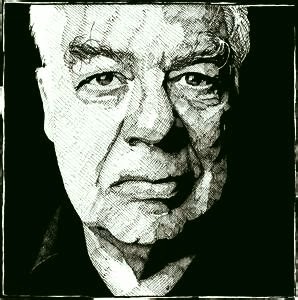 Alistair MacFarlane holds up a mirror to the life of the famous Pragmatist.

When Richard Rorty’s Philosophy and the Mirror of Nature was published in 1979, it took the world of philosophy by storm. Princeton University Press was barely able to keep up with demand, and it became one of the all-time best sellers in philosophy. Many professional philosophers were outraged by its attack on analytical philosophy, but others, mostly in related disciplines, were enthusiastic. The outrage sprang from Rorty’s challenge to the claim that philosophy was able to ground all knowledge by providing an understanding of knowledge itself. The enthusiasm sprang from his attack on the hegemony of philosophy over all other routes to knowledge. His claims that there could be no mirror of ideas reflecting an independent reality, and that philosophy should not be seen as the only guardian of rationality, made him an enfant terrible in academia – a status which he enjoyed and cultivated. Rorty was portrayed by some philosophers not as a philosopher, but as an anti-philosopher – not as one come to praise analytical philosophy, but to bury it.

Richard Rorty was born in New York City on October 4th 1931, the only child of James Rorty and Winifred Raushenbush. His father was the son of an Irish immigrant, and his mother a schoolteacher of German descent. Winifred had majored in Sociology at Oberlin College in Ohio, and had strong left-wing convictions. James Rorty became a well-known intellectual on the New York scene, working as a journalist and copywriter. To escape city life, the family moved to northwestern New Jersey, where Richard grew up in a rural community. In an autobiographical essay ‘Trotsky and the Wild Orchids’ (1999), he described growing up in a household that sheltered Trotskyites on the run from Stalinist assassins, including briefly Trotsky himself, and in which fierce and prolonged intellectual and political argument was an everyday experience.

Rorty’s interest in philosophy began when he was thirteen, when he read both Plato and Nietszche and saw that they could not both be right. His reaction to this typified his whole future career. Rather than assuming that one was right and the other wrong, he concluded that there must be a way of showing how they complemented rather than contradicted each other. He began to have doubts about Platonic Forms and, more generally, about the existence of absolutes (or absolute truths), such as Beauty, Justice, Morality.

James and Winifred regarded their only son as intellectually precocious but insufficiently challenged in his rural school. The University of Chicago had an experimental programme, called the Hutchins College (after the university’s president), which allowed students to start their undergraduate education after only two years in high school. Richard entered this programme in 1946 at the age of fifteen, took his BA in 1949, and his MA in 1952, majoring in Philosophy. As an undergraduate, Rorty realised with relief that he was capable of forming his own judgements and so “would not have to read all the books in the library.” At that time he saw the key question in philosophy as the existence, or otherwise, of absolutes. Later, having decided that there were none, he saw the key question as being what should replace them, and his philosophical horizons began to widen. During his Master’s course he was impressed by Hegel’s Phenomenology of Spirit and Whitehead’s Adventures of Ideas, acquiring from them a taste for sweeping encyclopaedic narratives which he never lost.

Towards the end of 1951, having no idea of what else to do, he decided to apply for Ph.D. programmes in Philosophy. Yale offered him a fellowship and Harvard did not, so on exemplary pragmatic grounds, he went to Yale. His doctoral thesis developed the compare-and-contrast technique which he had begun to evolve while at Chicago, and he began to realise the importance for his way of thinking of studying the historical development of philosophy. An opposition between Ayer and Whitehead replaced that between Plato and Nietzsche as the principal focus of his horizon-fusing efforts. In 1954 he married Amélie Oksenburg, a fellow student at the University of Chicago. They had a son, Jay. Incautiously submitting his doctoral dissertation before the age of twenty-six (after which liability for the draft ceased) he was snatched out of a post-doctoral instructorship into military service.

After leaving the army, his Yale supervisor helped him to secure a post in Wellesley College, a womens’ liberal arts college in Massachusetts, where he taught from 1958-61. While at Wellesley he put together a course on Husserl, Heidegger and Sartre, and his philosophical horizons began to widen even further.

In December of 1960 he had a major stroke of good fortune when he was interviewed by Gregory Vlastos, the new chairman of the philosophy department in Princeton. Vlastos asked him whether he thought he could make a contribution to American philosophy, and he stoutly answered “Yes” – on the presumed grounds that any other answer would terminate the interview. He joined a rapidly expanding department, which came to include Carl Hempel, Stuart Hampshire, Donald Davidson, David Lewis, Thomas Kuhn, and Saul Kripke. Initially he was on a one-year appointment, then it became clear that Vlastos wanted someone who would specialise in Hellenistic philosophy. Realising his luck in joining such a brilliant set of colleagues, Rorty decided to knuckle down and become a good enough analytical philosopher to be kept on. He succeeded, being awarded first a three-year extension, and eventually, in 1965, tenure. Thereafter he had the confidence to, in his own words, “follow my nose.”

A widening study of what was becoming known as ‘Continental’ philosophy (Husserl, Heidegger, Sartre) led to Rorty choosing analytical-debunking rather than system-building as his way forward. As a result, he became increasingly isolated from his Princeton colleagues, and, more widely, from what he saw as the narrow and inflexible outlook of a majority of professional philosophers. He was more and more attracted to the later Wittgenstein’s ‘therapeutic’ approach to philosophical problems. He divorced Amélie in 1972 to marry the University of Stanford bioethicist Mary Varney, a practising Mormon, with whom he had another son, Kevin, and a daughter, Patricia.

In Philosophy and the Mirror of Nature (1979), Rorty presented his ‘neopragmatist’ view that language is merely a useful tool to describe reality rather then inevitably reflecting the way the world is. He controversially took an implication of this idea to be that many of the problems of philosophy are only ‘pseudo-problems’ arising from an analytical philosophy ‘language game’.

Although a huge success in publishing terms, the book’s initial reviews in professional philosophical journals were almost universally negative. Rorty felt increasingly isolated, and wondered how he could find a more congenial place to work. This dilemma was resolved when in 1981 he was chosen as one of the first recipients of the MacArthur Foundation’s grants (soon dubbed ‘genius awards’). A grant of $244,000 gave him the freedom to seek a post on his own terms, and he secured an appointment as Kenan Professor of Humanities in the University of Virginia. Retiring in 1997, he became Professor Emeritus of Comparative Literature (and Philosophy, by courtesy) at Stanford University, where he remained until his death.

Richard Rorty died on 8th June 2007 at his home in Palo Alto, from complications arising from pancreatic cancer.

Rorty was a rarity: he had the unique distinctions of being an American philosopher who commanded high respect in France and Germany, and of being a public intellectual who was influential in literary theory and political thinking as well as philosophy.

Rorty underwent a remarkable transformation in his philosophical thinking. While in Princeton he had tried hard to become a mainstream analytical philosopher, yet in an address to the American Philosophical Association in 1972 entitled ‘The World Well Lost’, he argued that the realist’s notion of the world is vacuous, and that we should instead modify our beliefs and desires in ways that will bring greater happiness. For the rest of his life he continued to argue against realism in all its forms. Although he revelled in controversy, he was shy with strangers, warm with colleagues, and patient with his students.

Postmodernists saw Rorty as a natural ally, but it is a mistake to view him in this simplistic way. He continued to have a number of analytical philosophers as heroes, notably Sellars, Quine and Davidson. He also severely criticised postmodernists for their fixation on artistic issues at the expense of issues of cultural and racial oppression. His great achievement was to reinvigorate classical American Pragmatism.

Rorty’s mature philosophy is given in Consequences of Pragmatism (1982), Contingency, Irony and Solidarity (1989), Essays On Heidegger and Others (1991), and Truth and Progress (1998). His last book Achieving our Country (1999) is a passionate advocacy of the importance of leftist thought and patriotism. Rorty was unfairly attacked as a relativist who argued that we could dispense with the concept of truth. Rather, he believed that if we can only take care of freedom, truth will take care of itself.

[Sir Alistair MacFarlane is a former Vice-President of the Royal Society and a retired university Vice-Chancellor.]

Philosophy and the Mirror of Nature [Wikipedia] 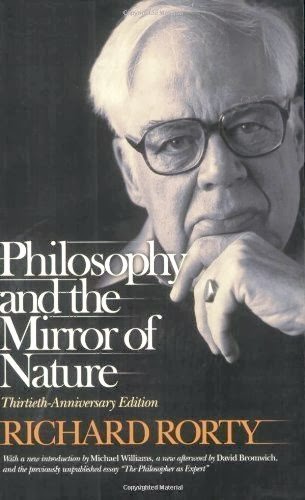 Philosophy and the Mirror of Nature

In Philosophy and the Mirror of Nature, Richard Rorty has attempted to find an underlying metaphor upon which the history of Western philosophy has been founded. He has turned the critic’s attention away from propositions, submitting that pictures form the core of philosophical positions. Beginning with Plato, Rorty purports, Western philosophers have constructed a doctrine of the mind as a mirror of nature. Thus, the ultimate forerunner of the Western mode of thinking would have to be Plato, or at least the Platonic ontology: that there exists an external reality which is independent of the perceiving mind; it is, however, accessible— whether through intuition, sense perception, or propositions—to the mind, which is pictured to be an “inner eye.”

If Plato serves as the genesis of this view of reality, Rene Descartes is just as important in that he provided the major connection between the Platonic ontology and modern philosophy. Descartes’ epistemological turn established the commonly held version of mind-body dualism. Hence, the mind is an independent entity, a thinking thing, which knows itself better than it knows anything else, given its privileged access. Nevertheless, it achieves knowledge of “outer realities” by accurately mirroring or representing those realities. This view fit nicely with John Locke’s view of the human mind as a tabula rasa. On this blank slate, the outer world somehow imprints itself, creating an inner impression which exactly replicates the world outside. Finally, Immanuel Kant, in his Kritik der reinen Vernunft (1781; The Critique of Pure Reason, 1873), systematizes the ideas developed by the previously mentioned philosophers. He combines a Cartesian sort of intuition with a Lockean representation allowing predication in his synthetic a priori approach to knowledge. Through all this development of philosophical thought, the metaphor of the mind as a mirror of nature held firm.

Rorty’s book, decried by many because of its so-called polemics, has sought to displace the mirror metaphor. He believes that this image serves as the rallying point upon which analytic philosophers of otherwise widely diverging views have agreed. He is also convinced that it is the precursor of perennial philosophical problems, such as those of mind/body, Spirit/Nature, and consciousness. In the light, then, of these devastating problems presented to philosophy by this “optional” notion, he sets sail to...
Posted by Mercury at 9:19 AM