Morally appropriate to use bad means to attain good ends? 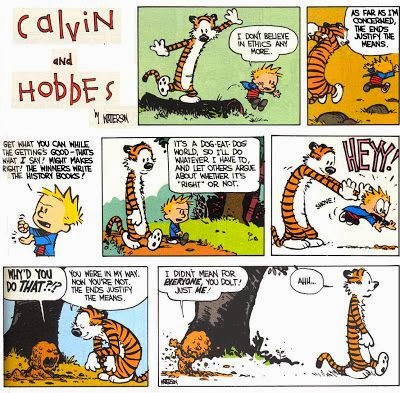 With debates about the use of unmanned drones saturating the media, America's war on terror shines a floodlight on the age-old morality question: Do the ends truly justify the means?

Stanford philosophy Professor Christopher Bobonich has spent two decades actively tackling the issue of whether it's morally appropriate to use bad means to attain good ends.

A scholar of ancient Greek philosophy, Bobonich has found that contemplation is key because each situation is unique and must be thoughtfully evaluated.

When it comes to military action, for example, military commanders should routinely and critically assess the value of counterterrorism efforts when innocent civilians may be killed in the process, he said.

Bobonich said that in World War II, "The United States Air Force was feeling morally conflicted about area bombing." The dilemma persists with unmanned drones today. Although the United States has the technology to more precisely hit targets, civilian casualties continue to be an ongoing risk.

According to Bobonich, "The issue of using bad means to attain good ends is not just an abstruse, philosophical question. It's one that people have been occupied with for an exceedingly long time, and we find it throughout life."

Bobonich said that reflection, whether performed by a national figure or by an individual, is the key to arriving at an answer to this complex debate.

"Morality is tremendously demanding. It requires enormous sacrifice," Bobonich said. A related question explores whether sacrifice and effort are what make something worthwhile.

Bobonich has discovered that possible clarity to the debate may lie in the works created long before the invention of drones.

In his current research, Bobonich is examining the relationship between knowledge and action, an issue which philosophical giants like Aristotle and Plato investigated.

He struggles with the question of whether ethical knowledge can be intelligently gained and applied in the same way that, for example, a chess player might laboriously study the proper moves and become a grand master of chess.

"Both Plato and Aristotle are – for quite different reasons and in quite different ways – more favorable to the idea that ethical knowledge is a rare intellectual accomplishment," Bobonich said.

Bobonich has found clues in the famous cave allegory in Plato's Republic to determine that the ways that people approach morality are usually just a direct result of what they have been taught by their parents or by society. "For all beliefs, people acquire them secondhand, and they acquire them without having any good reason at all for them," Bobonich said.

As an example, he offers the citizens of Nazi Germany who, like members of contemporary society, were informed of a certain set of moral principles and so believed them to be right. Had they reflected more upon these principles, who knows what course history might have taken?

If we behave better, is it only because we have adopted, equally unreflectively, moral views that are less objectionable? If we had been born into a Nazi society, would we have unreflectively adopted its beliefs?

Whether or not the ultimate decision is that the bad means are worth the good ends, Bobonich stressed the importance of honest reflection in a way that is consistent with a general set of principles, arrived at with equally good reason.

Bringing findings to the classroom

As a scholar and a teacher, Bobonich said he hopes to encourage the next generation of politicians, engineers and CEOs to examine their general principles and apply them to the problem of using bad means to good ends.

Inherent in the future of many college students is the responsibility to make decisions that will affect other people's lives, perhaps in a dramatically detrimental way.

Bobonich prompts his undergraduate students to consider a variety of artificial, gruesome situations in which a difficult moral decision must be made. One such scenario is the widely known "trolley problem."

The trolley problem calls for some mental role-play: You are a trolley conductor, and you reach a fork in the tracks. The way the train is heading, 10 small children are frolicking about the tracks and all will be bulldozed if you continue forth. A button on the dashboard allows you to switch directions, but – oh no! – one small child is walking on that alternate track and will die if the button is activated. What do you do?

The immediate, visceral response may be to urgently slam the button and kill the one child instead of the 10. Then, you consider the fact that you are therefore doing the killing, instead of allowing the killing to happen. But what difference does that really make? Overall, 10 lives will be saved.

In Bobonich's experience, the trolley problem moves his students to conclude that there may be "less difference than they used to think between doing something bad and allowing something bad to happen."

Choices demand the most careful reflection. "Unreflectiveness is a moral failure," according to Bobonich. And since daily life invariably presents situations where these ethical questions matter, Bobonich said, it's best to start thinking about them now.