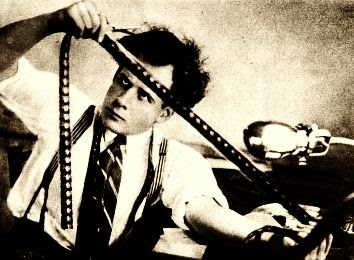 It's economics. Theaters cannot stay in business...the cadre is too small. Plus film stock is disappearing. Aesthetics, sadly, will not save the old methods of making/viewing movies.


"Don’t Worry About the End of Film"

It’s already known that most so-called “films” are shot on video, and then released and projected as video. The news that Paramount has stopped shipping film prints of its movies is of symbolic importance—except, of course, to the operators and patrons of the eight per cent of theatres that haven’t made the digital conversion. My colleague Sky Dylan-Robbins made a video about the problem several weeks ago. One participant is the director James Gray, whose new film, “The Immigrant,” is one of the few recent features that was shot on 35-mm. film. The question remains how many theatres will be projecting prints of that film, rather than a digital copy of it.

I just got word of an international petition campaign supporting a call by the cinematographer Guillermo Navarro for UNESCO to declare film “a World Heritage”: “We must fight to keep the experience of watching a film that was made on film projected as film alive and available in at least one cinema in every city in every country. We must act quickly to safeguard the future of the film print by supporting cinemas that choose to continue projecting 35-mm. film prints alongside digital projection.” I’m not sure about the campaign’s bureaucratic implications, but it certainly is a good idea for movie lovers in the age of digital projection to know what film projection looks like.

The virtue of film is its imperfection. A print of a film is a living thing—it’s different each time it’s projected, thanks to new scratches and new splices, dust and hair and wear and tear. Its age shows, just as the age of a 78-r.p.m. record does, just as the age of a book from a library does. Through use, a film degrades and bears the traces of its popularity. That’s why restorations of classic films, while offering the pleasure of visual clarity, often feel denatured, as if the original virginity of an unscreened print represented a filmmaker’s intentions. A print that goes into the world takes its lumps; some state between the immaculate and utter ruin is an accurate representation of the experience that moviegoers had in the age of film projection. (That’s why some inexpensive, off-label DVDs featuring unretouched transfers of prints peculiarly and, incidentally, conjure the sense of a theatrical screening better than some high-quality restorations.)

A print also feels wet—it bears the psychic traces of the chemical bath that produced it—and it is three-dimensional, with the thickness of the strip of film. Most of all, it has an air of finality to it, and that’s where the aesthetic distinctions between film and video come in. Here’s a remarkable example: a video, issued by the special-effects house Brainstorm Digital, showing transformations that some scenes of “The Wolf of Wall Street” (which is Paramount’s first digital-only release) underwent in the editing process.

The photographic medium has, from the start, been recognized as an imprint of physical reality—and, nearly from the start, has been subjected to manipulations so as to realize impossible visual fantasies. The ostensible authenticity of the analog image is itself the product, and the production, of fantasy. Even a movie made without special effects doesn’t show anything exterior to the artifice of the set (the lights, the riggings, the crew hovering just outside the frame) and, for that matter, doesn’t show the artifice of the set itself (its balsa-wood doors, false fronts, pinned-back costumes, body doubles). It shows appearances that resemble an idea of reality. Moreover, the ostensible authenticity of movies shot on location under trying circumstances is still dependent upon the director’s artistic conception. Movies made in studios by directors with better ideas can convey a deeper notion of existence than one made with the presumption to immediacy but lacking in psychological depth or complexity of imagination.

In the mid-fifties, when André Bazin argued in favor of a cinema of reality that repudiated effects of editing, Jean-Luc Godard responded in Cahiers du Cinéma with a radical idea that he expressed even more starkly at the time of the release, in 1960, of “Breathless”: the making of a single image is already and necessarily an act of editing, because it puts together many disparate elements (such as an actor, her costume, the many components of the set, or even the choice of backgrounds on location) in a single frame. Each image is an act of editing; editing is implicit in the act of shooting.

With video, the equation is turned around: the shoot is continuous with post-production, the editing is a continuation of the shoot by other means. It’s of no concern that Scorsese didn’t actually record some of the physical settings and actions depicted in the movie; what matters is that he achieves an idea of reality that is (to use a word at the very core of the film) persuasive. When James Gray shoots on film, he fulfills a vision of tragic loss; his subject is the irreparable, and the decisive finality of the film image is its incarnation. In its perfection, he rues and adores its flaws. When Scorsese shoots a grand fresco of degradation and ecstasy, of a world after the fall, his blend of video and film fills the bill: the illusion of limitless power is itself a part of his tragic sense.

That’s why, ultimately, what matters is not film or video but the idea. If it’s powerful, its essence comes through in the image—whether projected on film or digital video, whether viewed in a theatre or on a computer screen or an iPod. Yet, sheer pleasure counts for something, and those of us who have known the experience of watching projected prints and feeling the totemic power of their fragility ought to preserve at least the idea of it. Godard’s 1993 film “Oh, Woe Is Me,” a film on the subject of the transmission of divine ideals and myths, opens with a passage from Martin Buber’s “Tales of the Hasidim” that applies to the vanishing of film prints as well: “We no longer know how to light the fire, we no longer know the prayers, we don’t even know the place in the forest. But we do know how to tell the story.”

Use the bog's search engine for more on the topic.
Posted by Mercury at 5:46 PM