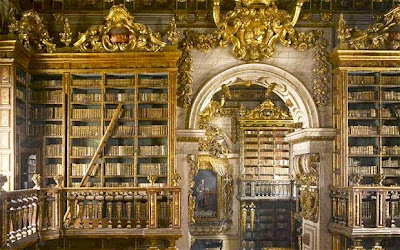 "The Library: A World History by James WP Campbell, review"

Clive Aslet is impressed by a glorious study of that most venerable of institutions: the library

If you are reading this book review, the chances are that you like books. But do you have a volume on your shelves about the buildings in which book collections are housed? Probably not. Libraries haven’t attracted much attention as a building type, and yet many people have strong attachments to them. The number being built across the world gives the lie to trite assumptions about the death of the written word.

In the West, they seem to have morphed into meeting places, rather than simply resorts of learning (grumpy readers, perhaps of an older generation, have complained about the flirtatious notes left in the British Library). But it is clear from this history that libraries have often performed roles other than storing books.

Libraries appear to have been a feature of Roman bath houses: yes, they read in the bath even then. The libraries of the spectacular Austrian monasteries of the 18th century – frothing with plasterwork, adorned with sensuous carvings and columns in scagliola (wood imitating marble) – were about display and the giving of local employment as much as the reading needs of a few monks. How gorgeously they have been photographed by Will Pryce for this book.

The first libraries, in ancient Mesopotamia, were tiny. By the time the Ptolemies built the library at Alexandria in the 3rd century BC they could be famous centres of knowledge. The fate of that building – burnt by Julius Caesar – shows that libraries are as vulnerable as they are precious. Even before the fire, the librarians must have been anxious to prevent the disintegration of the collection in a hot, damp atmosphere that was singularly bad for the keeping of papyri. Books made from paper face dangers that include mould, silverfish and termites. The libraries of Coimbra and Mafra in Portugal still contain colonies of tiny bats which roost behind shelves – a small price to pay for the control of book predators. To avoid damp, bookshelves should be detached from old masonry walls, but the resulting voids provide nesting grounds for mice.

Then there’s theft. The parchment used in the Middle Ages, made from sheep skins that had been stretched and treated, was expensive; by the time 250 sheep skins had been illuminated and bound into a Bible, the value had gone through the vaulted roof. The resulting codices were chained to their shelves and stored with the pages facing outwards. Paper meant that books could be made in different sizes: enter, in the 18th century, the adjustable shelf. When I was at Peterhouse, undergraduates could still work in the 17th-century Perne Library, divided by ornate book stacks projecting at right angles from the wall. This form, common to Oxford and Cambridge colleges, then copied by libraries of all types, is “peculiarly English”. It reached its apotheosis in Sir Christopher Wren’s Library at Trinity College, Cambridge; Wren created three-sided reading alcoves by adding shelves along the walls. Wall shelving allowed the development of round libraries. Domes, as in the old British Library, echoed with scholarly sneezes.

Many are the princely libraries that have been created to demonstrate the patron’s erudition and culture. Michelangelo’s Biblioteca Laurenziana, commissioned by Cardinal Giulio de’ Medici, is the prime Renaissance example: an austerely articulated hall, enriched with handsome floor tiles, and armorial stained glass. Portugal’s João the Magnanimous astonished the rector of the University of Coimbra by telling him that the request for help towards library facilities was too modest. The result (1728) was stupendous. The classical zenith comes in the glorious Beaux-Arts libraries of the United States such as the New York Public Library.

The tradition of top flight patronage was continued by Yale in the Sixties, when it commissioned the Beinecke Library, its walls made of panels of translucent marble.

A nod is given to country-house libraries; perhaps a word could have been said about the way that libraries became principal living rooms, as at Lord Spencer’s Althorp House. Libraries, though, have always reinvented themselves, and continue to do so in the electronic age. The book concludes with a stunning image of the Liyuan Library at Jiaojiehe in China, whose facade is covered in twigs set between rusty steel rails. The charitable trust which gave this library to a remote rural community knows that, in the modern world, literacy is more important than ever. 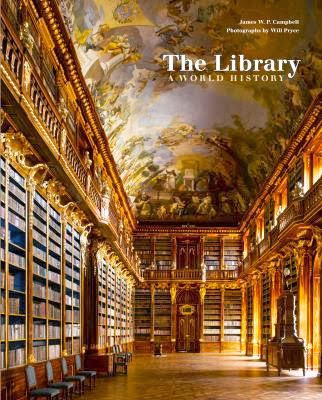 The Library: A World History