Albert Einstein moves to Princeton University on this date 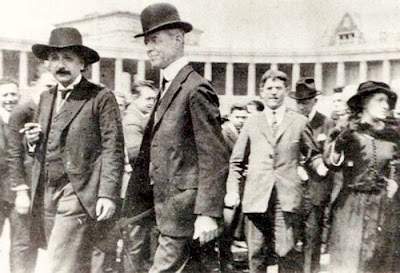 It was on this day in 1933 that Albert Einstein officially moved to the United States to teach at Princeton University. He had been in California working as a visiting professor when Hitler took over as chancellor. His apartment in Berlin and his summer cottage in the country were raided, his papers confiscated, and his bank accounts closed. He returned to Europe and handed in his German passport, renouncing his citizenship. He considered offers from all over the world, including Paris, Turkey, and Oxford. Einstein eventually decided on Princeton, which offered him an attractive package teaching at its Institute for Advanced Study — but he had his hesitations about the university. For one thing, it had a clandestine quota system in place that only allowed a small percentage of the incoming class to be Jewish. The Institute's director, Abraham Flexner, was worried that Einstein would be too directly involved in Jewish refugee causes, so he micromanaged Einstein's public appearances, keeping him out of the public eye when possible. He even declined an invitation for Einstein to see President Roosevelt at the White House without telling the scientist. When Einstein found out, he personally called Eleanor Roosevelt and arranged for a visit anyway, and then complained about the incident in a letter to a rabbi friend of his, giving the return address as "Concentration Camp, Princeton." In 1938, incoming freshmen at Princeton ranked Einstein as the second-greatest living person; first place went to Adolf Hitler. 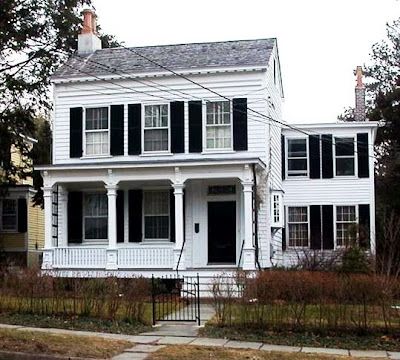 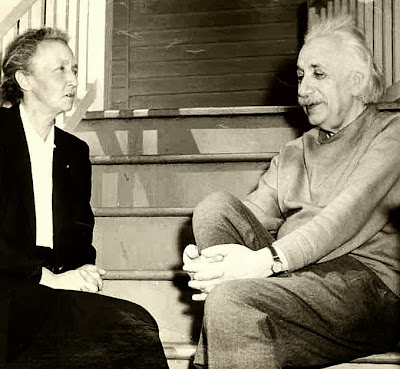 Joliot-Curie, Marie Curie's daughter and Einstein on the steps of the Mercer St. house

Albert Einstein House [Wikipedia]
Posted by Mercury at 11:23 AM