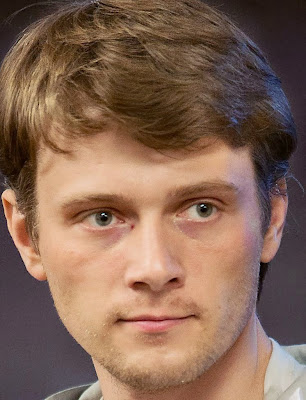 A September hearing will determine whether former UC Davis chemist David Snyder will stand trial on explosives and weapons charges stemming from a January blast at his apartment.

Snyder faces 17 charges connected to the explosion that seriously injured his hand, forced the evacuation of his Russell Park apartment complex in Davis and required a response from Sacramento-area bomb squads.

Other dangerous materials, investigators said, were recovered from large metal trash bins near Snyder's apartment, dumped by a friend who retrieved the materials from Snyder's apartment in the hours after the blast, police testified.

Snyder's attorney Linda Parisi has portrayed the explosion as an accident and described Snyder as a tinkerer.

On Friday, Parisi cast doubt on the university's handling of hazardous materials, saying there were "no set rules" about taking chemicals from campus labs.

University officials in a statement Friday said they have taken steps to improve safety and security in chemistry labs and that university police have hired a security director, effective Aug. 1.

Police officers, detectives and bomb technicians who investigated the blast testified Snyder had a collection of chemicals, including nitroglycerin, in the apartment.

Zekany testified that Snyder had offered to show a student how to create explosives days before the blast at his apartment.

The student described a Jan. 9 incident when Snyder, technical manual in hand, offered to show her how to make the explosive triacetone triperoxide, Zekany testified. Zekany said the student told her Snyder made the volatile mixture, then said "not to tell anyone." Zekany testified that another student told her Snyder had created hydrogen peroxide explosives in the lab.

Snyder received his undergraduate degree from UC Davis in 2004 and his doctorate there in 2011. In January, he was working in a campus laboratory on a two-month appointment.

A two-part preliminary hearing for David Snyder, accused of mixing up explosives in his home laboratory on the UC Davis campus, concluded Friday with a Yolo Superior Court judge deciding the chemist will stand trial on all counts.

His personal laboratory and its hazardous materials, located in a populated area on the north side of campus, came to light on Jan. 17 when Snyder took himself to Sutter Davis Hospital after injuring his hand in a small explosion. Hospital staff alerted authorities to the nature of his injury, prompting police to investigate the apartment.

There they found evidence of a number of explosive materials, including nitroglycerin, said West Sacramento police Sgt. Jason Winger, a member of the Yolo County Bomb Squad, during court testimony.

At the time, dozens of people were evacuated from the area around Snyder's apartment while authorities removed and destroyed the materials found inside.

Friday's hearing, held in the courtroom of Judge David Reed, was a follow-up to the first half of the hearing in late July. Defense attorney Linda Parisi posed several questions involving chemical compounds and procedures, speaking slowly over terms such as "potassium perchlorate" and "ultraviolet spectroscopy."

Winger referred to Snyder's laboratory as a "clandestine lab," and Parisi asked him how many such labs has he seen.

"From the perspective of explosives specifically, no less than five," Winger responded.

Of those, Parisi asked, "Did any involve people with Ph.D.s in chemistry?"

No, Winger said. But as to whether that made Snyder's lab more safe, he added: "I believe that a person with a higher level of experience and training may in some ways be less cautious about it."

The topic then turned to materials recovered from four dumpsters around Davis - placed there, police say, by Tashari El-Sheikh, a longtime friend of Snyder who allegedly tried to hide the materials at Snyder's request. El-Sheikh has since left the country and is wanted on one charge of being an accessory to a felony.

The dumped materials included the high explosives triacetone triperoxide, or TATP, and hexamethylene triperoxide diamine, or HMTD, according to authorities.

Winger said that after those chemicals were recovered, they were "set out on a very large tarp" for safety and to avoid cross-contamination. "The items were sampled individually," then destroyed, he said.

Winger also testified that three items in Snyder's apartment tested positive for nitroglycerin: gloves in the kitchen, a clear vial found in a trash bag and an "improvised detonator" that was later exploded by the bomb squad.

Authorities also say they found seven firearms in the apartment, in violation of a law against keeping such items on a university campus. They included some antique, musket-style weapons that use black powder to fire - another material allegedly found in Snyder's apartment.

Was there "any safe way to make explosives in the apartment that Mr. Snyder was occupying?" asked Deputy District Attorney Martha Holzapfel during cross-examination.

Parisi then asked him, regarding the components found in Snyder's apartment, "If they had been mixed ... they were very small amounts, correct?" Winger did not acknowledge that, saying that "It depends." A small amount of explosive can cause a lot of damage, he said.

Ultimately, Judge Reed determined that Snyder should be held to answer on all counts. An arraignment on information - the next step before a jury trial - was scheduled for Friday, Nov. 1, in his courtroom.
Posted by Mercury at 7:37 AM