More on the singularity of the Nobel Prizes 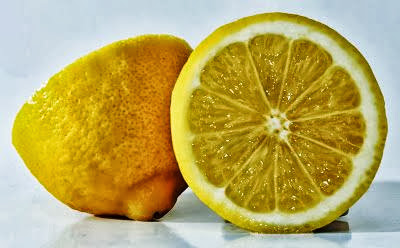 "Should Nobel Prizes go to theorists or experimenters? Scurvy vs. the Higgs Boson"

The 2013 Nobel prize for physics has sparked debates about whether we should reward theorists or experimenters. Although experiments are supposed to have the power to test theories, the history of scurvy shows that sometimes theories change the way we understand our data.

James Lind is celebrated as the man who discovered the cure for scurvy, and as the 'father of the clinical trial'. In 1747 Lind experimented with a dozen sailors suffering from scurvy; put into pairs they received a supplement to their normal diet – cider, a special elixir, vinegar, a pint of sea water, two oranges and a lemon, or a garlic and spice paste. By the sixth day, when the fruit supply ran out, the sailors on the citrus supplements were fit for duty (by the fourteenth day the cider drinkers were also much better).

Yet, over a hundred and fifty years later, British polar explorers were still suffering from the horrendous effects of scurvy. Why? The most popular explanation is that Lind's knowledge was somehow 'forgotten', but this doesn't really capture the historical reality. Many histories point out that it took 40 or 50 years for the Navy to take up Lind's advice, and suggest this is evidence of ignorance, or resistance to scientific proof, or of the Navy being too worried about the cost of the exotic fruit. These attempts to use scurvy's story to make a political point about public ignorance, or demand that politicians listen more closely to scientists seem inappropriate, as, in fact, ship's captains tried a range of solutions in the mid-eighteenth century, some of which were based not just on Lind's experimental output, but also on his theory of scurvy prevention. Lind tended to avoid speculation, but suggested that scurvy was caused by bloked pores in bad climates, which prevented proper sweating and disrupted the balance of the humors.

Results of tests were mixed. In 1768 the British Admiralty ordered James Cook to test anti-scurvy, 'antiscorbutic', remedies, some of which were chosen in accordance with Lind's experimental results. Cook's results were confused by a huge number of possible cures and lack of controls, but seemed to show that soda water worked perfectly well as an antiscorbutic. This made sense according to popular theories of scurvy which thought it was caused by a lack of oxygen in the tissues and could therefore be cured with acidic foods (acids were also a way of combatting the effects of blocked pores, and citrus fruits are very acidic). Scottish surgeon Sir Gilbert Blane did persuade the British Navy to carry citrus juice routinely in 1795. At first it seemed successful, as scurvy was all but eradicated in the early nineteenth century; but then it began to reappear, even in crews with the regulation allowance of lime juice. The obvious conclusion was that the theory of citrus-cure was wrong, and some other solution needed to be found. (Modern explanations suggest that the new storage systems and use of a different type of citrus reduced the vitamin C content of the juice taken on board by the British Navy).

The theories of medicine which Lind understood had been revolutionised by the end of the nineteenth century. His explanation for antiscorbutics no longer made sense, and now there was a new, exciting, modern, scientific explanation for disease: bacteria. After scandals in Britain about contaminated cans of food (particularly meat) scientists were well aware that spoiled food could cause devastating disease. Navy experience therefore showed that lime juice did not always cure the disease, but eating lots of fresh food rather than tinned supplies usually helped a sailor to recover. So by the time Robert Falcon Scott set out for the South Pole in 1910, his belief that scurvy was caused by spoiled food and poor hygiene was backed by both practical experience and the latest medical theories.

Limes and lemons are not, after all, essential for the prevention of scurvy. As most animals can synthesise their own vitamin C, a diet of fresh meat alone may supply enough of the micronutrient to avoid serious effects (Arctic explorer and anthropologist Vilhjalmur Steffanson lived for a year on meat alone to prove this point). Lind did not think of scurvy as a form of malnutrition, a diet missing something essential which was contained in citrus fruit, but rather as a disease which was cured by a medicine – in this case citrus fruit (or cider!). At the turn of the twentieth century scientists looked at the reoccurrence of scurvy in the Victorian navy and concluded that a bacterial or infection-based explanation was a better fit for the new data.

Lind had a theory of medicine and he designed an experiment that made sense to him, and the results indicated a particular conclusion. Over nearly two centuries this data was added to, old theories rejigged to fit the new information, and eventually overturned entirely and replaced with new theories. Presumably every generation thought they were progressing, and were closer to the truth than previous researchers, but as blogger Maciej Ceglowski puts it


unless you already understand and believe in the vitamin model of nutrition, the notion of a trace substance that exists both in fresh limes and bear kidneys, but is absent from a cask of lime juice because you happened to prepare it in a copper vessel, begins to sound pretty contrived.

Lind seems prescient only after 1946, when vitamin C was discovered. If his lemon experiment had failed (and there are lots of ways for it to fail, as vitamin C is destroyed and denatured by many processes, and, after all, his sample size was extremely small) we would be left with a theory we now dismiss, and his experiment would seem irrelevant to us, and he would probably not be the poster-boy for clinical trials. How lucky for Lind that he picked the lemons!

Theories influence the way experiments are interpreted. For decades many incredibly intelligent, well-meaning, scientifically-minded people were absolutely convinced that various experiments and experiences with antiscorbutics proved theories of scurvy causation which we now absolutely dismiss. So who would get the Nobel prize for scurvy research? Experimenters or theorists? If Lind had come up with the 'right' theory later experiments would also have worked and perhaps thousands of lives would have been saved, so maybe theory is most important. Yet, if we had simply followed his experimental practice without asking why it worked we would also have saved thousands of lives – so maybe all we can do is reward elegant, painstaking, difficult experimental work like Lind's?

If theories can influence the way we interpret data, is it possible that the Higgs Boson might also turn out to be a total lemon?


A flaw in Nobel Prize awards?
Posted by Mercury at 8:29 AM