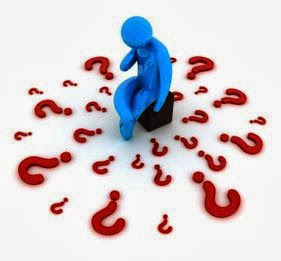 Two men have come under scrutiny by the public and possibly by prosecutors after a video made the rounds online showing them pushing over an iconic rock formation.

The men were visiting Goblin Valley State Park last week when they said they noticed a precariously perched boulder that was loose and worried it would fall on someone. The delicate "goblin" formation, also known as a "hoodoo," is one of many that gives the park its name.

What followed was a video showing the men joking and laughing as Glenn Taylor, of Highland, topples the rock, narrated by cameraman Dave Hall, who says lives have been saved. A third man, identified as Taylor's son, watches.

"In hindsight, the smart thing for us would have been for us to say, 'Dave, stay here. I'll run and get a ranger,'" Taylor said. "I mean, this rock was sitting in a 3-by-½-inch ledge."

At first, they almost left the rock, Taylor said, but after seeing a large group with several small children pass below the rock and gather at a nearby formation for a photo, they continued to worry it would tumble onto the nearby path.

"This is not behavior that is appreciated or should exist in state parks," Swalberg said. "This has been formed for literally millions of years, and it's supposed to last for a long time. It doesn't need individuals doing the work of Mother Nature."

The goblins date back more than 170 million years to the Jurassic Period, Swalberg said. The park, which gets more than 85,000 visitors per year, was dedicated in 1974 to protect the fragile formations, he said.

"There are some established trails in the park, but there are also areas where you can have self discovery and wander amongst the goblins," Swalberg said. "That's the beauty of Goblin Valley. It's not meant to have people push over the goblins. It's meant to enjoy."

Taylor and Hall maintain their actions weren't malicious, and at the time they never considered what they were doing could be criminal.

"Neither one of us were out there intending to do illegal activity," Hall said. "It just made sense to us at the time — remove the danger so that we don't have to hear about somebody dying."

Hall believes had they sought help from park rangers, they would have agreed the rock was in a dangerous position.

Taylor said he's "incredibly sorry for the destruction of any natural resource" and that the pair never considered themselves "vandals."

"If we were defacing property, if we had been going around knocking over all kinds of rocks, I would feel really guilty," Taylor said. "As it is, I feel guilty because I have a conscience. But my conscience also says I did the right thing."


Goblin Valley State Park [Wikipedia]
Posted by Mercury at 10:25 AM