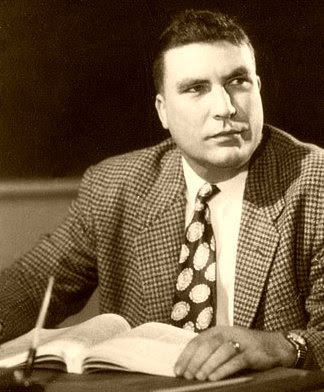 Herbert York, who was a delegate to the anti-satellite arms control talks in 1978 and chief negotiator in the U.S.-Soviet talks on a ban on nuclear weapons testing, also was UC San Diego’s founding chancellor.

The founding chancellor of UC San Diego had served on the Manhattan Project but later worked to stop the spread of nuclear weapons.
by

Los Angeles Times
Herbert York, a leading physicist in the development of the atomic bomb during World War II who later became an arms-control advocate and founding chancellor of UC San Diego, has died. He was 87.

York died Tuesday at Thornton Hospital in San Diego, the university announced, after a long illness.

"Herb York made this campus and this world a better place," UC San Diego Chancellor Marye Anne Fox said in a statement.

Beginning with his work on the Manhattan Project, York held a series of high-level scientific, academic and governmental posts over the next six decades and served as an advisor to six presidents on matters of science research and arms control. He wrote and lectured extensively about the threat of nuclear war.

In 1958, President Eisenhower appointed York as the first director of Defense Research and Engineering, overseeing missile and space research.

In 1961, UC President Clark Kerr persuaded him to become the founding chancellor of UC San Diego. York recruited students and faculty and supervised construction on the La Jolla campus.

But as the Cold War intensified and the threat of a nuclear exchange loomed, York returned repeatedly to the pursuit he had begun after World War II: stopping the spread of nuclear weapons.

York served as a delegate to the anti-satellite arms control talks in 1978 and then as chief negotiator in the U.S.-Soviet talks on a ban of nuclear weapons testing.

In private, York was known as a raconteur who loved telling jokes, even to the stone-faced negotiators for the Soviets during the long sessions in Geneva.

One of York's longtime colleagues at UC San Diego, physics professor Sheldon Schultz, told a Times reporter in 1983 that in the field of nuclear weapons research, "there are the Strangeloves, there are the dour, existential thinkers, there are the efficient, white-shirted Rand Corp. automatons, and then there are the human beings. Herb is a human being."

The son of a railroad baggage handler, York was a brilliant student of physics at the University of Rochester, where he received bachelor's and master's degrees in 1943.

He then joined the University of California Radiation Laboratory at Berkeley and was soon recruited to join the Manhattan Project. To York, like many of the other scientists, the project was the most intellectually challenging work imaginable, with a noble purpose.

"Not only did we complete the project, but we ended the war," York said.

After the war, York returned to Berkeley, earned a doctorate in 1949 and was appointed director of Lawrence Livermore Laboratory at age 28.

He served as UC San Diego chancellor from 1961 to 1964 and then from 1970 to 1972, although he was famously restive with academic bureaucracy and endless committee meetings.

He preferred teaching and, unlike many senior academics, retained a fondness for working with undergraduates.

He taught physics, served as chairman of the physics department and in 1983 founded the UC Institute on Global Conflict and Cooperation, which conducts research on conflict resolution and promotes efforts to avoid war.

The failure of the Geneva negotiations remained a profound disappointment.

"The world situation just wouldn't support it," he said.

In his 1970 book, "The Race to Oblivion," York worried that nuclear technology seemed to have a momentum that made confrontation between the superpowers inevitable.

"We seem to be heading for a state of affairs," he wrote, "in which the determination of whether or not Doomsday has arrived will be made either by an automatic device . . . or by a pre-programmed president who, whether he knows it or not, will be carrying out orders written years before by some operations analyst."

Close, but no cigar