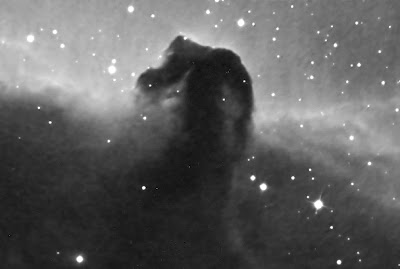 Observer...BEWARE. I have mentioned this before...SEEING ISN'T BELIEVING. A reminder from a space.com article.

"Coloring the Universe: Why Reality is a Gray Area in Astronomy"

space.com
From Hubble Space Telescope pictures to the vocabulary used to describe the stars, astronomers and the media are coloring our universe, and they've been doing it for decades. While not intended to deceive, the efforts can range from the overly subjective to the absurd.

Earlier this year two astronomers from Johns Hopkins University announced they had determined the collective color of the cosmos, a shade of green that hypothetical viewers could see from afar. The idea was new and intriguing, an apparent answer to a question most of us had not thought to ask. Experienced science reporters and editors recognized the street value of the story and fell for it like paparazzi on a J. Lo sighting.

Various interpretations of light green or turquoise were reported by all the major news organizations. A color patch made the front page of The New York Times.

The astronomers later said an incorrect computer algorithm in some freeware they had grabbed from the Web had rendered the color wrong. They apologized and said they were embarrassed. The universe became beige, spawning another round of stories. Beige, however, turns out to be a near impossibility in the world of light emissions -- only reflections can really be beige. Our hypothetical viewer almost surely would not see a beige universe when gawking from afar.

The researchers have not given up, however. In fact, they've sifted through e-mail suggestions and given their color a popular name: "Cosmic Latte."

"Ridiculous" is how Kenneth Brecher, a professor of astronomy at Boston University, views the question of the color of the universe. "Meaningless and absurd," he calls the whole affair. "It's very nearly white." But even that view depends on a viewer's point of view.

Color cannot be discussed without context, Brecher says. "All cats are black at night."

Brecher complains that "color is not what most astronomers and physicists think it is." It involves hue, saturation and brightness, he instructs, and it can't be thought of as just a wavelength or a frequency.

In the jargon of color science, Brecher explains why beige does not work: "It is almost impossible for a collection of blackbody emitters to give rise to beige, even allowing for absorption or emission line contributions."

On a more popular note, Brecher suggests the very vocabulary of astronomy is riddled with misleading color terms. Red giant stars like the bright and popular Betelgeuse, for example, are not really red, though they can sometimes appear so from Earth.

"If you could walk up to Betelgeuse, it would look white," he says.

That's because the star's light would overwhelm the color-sensing cones in your eyes. Only from a great distance, when the star is relatively dim, can the cones sometimes detect a hint of red. The vast majority of red giants, however, set off only the rods in your eyes, which cannot detect color at all. So most stars appear white, regardless of how they are classified.

Color conundrums go beyond the stars. Even the most famous images from the Hubble Space Telescope are no more than representations of reality, Brecher argues.

The quintessential Hubble photograph is a 1995 image of the popular Eagle Nebula, also known as M16 or the Pillars of Creation. The soaring structures had one of their red emissions converted to green -- by the astronomers who took the picture -- in order to highlight scientific detail. In "reality," no green was detected coming from the Pillars.

Interestingly, all Hubble images are created with black-and-white cameras. Ones and zeros are sent to Earth. Color is dropped in later with the popular Photoshop program.

Brecher and most other astronomers agree that what is done with Hubble pictures is not deceptive; the process is rooted in science, a way of extracting and highlighting information. However, the professor worries that the media do not always communicate when and how images are colorized.

"The color of objects that astronomers release are not really representative of a thing one might imagine exists, which is the objective color of a star or a galaxy," Brecher said in an interview last month during a meeting of the American Astronomical Society in Albuquerque, where he made his case before his peers.

"Color is a very, very subjective phenomenon," he said. "Color is in the eye of the beholder."

As an example, Brecher asks what color the Moon is. The instinctive answer is "white." Some might say yellow. And in certain sky conditions, it can look orange.

Brecher calls this question absurd, too, because it does not include the context necessary to allow an accurate answer. The dusty coating on the Moon's surface resembles finely ground charcoal. "If you bring average lunar material to Earth and view it in normal terrestrial lighting, it would look very dark." The color of the Moon and the light coming from it are two very different things.

"It is time for astronomers and the press alike to carefully distinguish between [color and light] when discussing astronomy," Brecher said.

With many objects and phenomena in space, color is only made visible by the power of a telescope. Planetary nebulae provide a good example. These bizarre and detailed structures -- often symmetrical bubbles or hourglass shapes -- are the result of gas that's been cast into space by a dying star. Different gases, such as oxygen, hydrogen and nitrogen, each generate a different wavelength, or color, depending on the local physical conditions.

Human eyes, even if very near to or inside one of these nebulae, could not make out the colors, however, because the emissions are too faint. They would see little more than a big gray area.

Hubble astronomers make multiple long exposures to draw out these colors. They also employ a different filter for each exposure to block all but a certain color of light. A digital imager records a grayscale image. After adding the color in Photoshop (and also eliminating artifacts generated by piecing the data together) the filtered images are combined.

In some cases, the colors are as true to reality as anyone could imagine. Other times, as with the Eagle Nebula, colors are changed for effect. Hydrogen and sulfur were each detected in red tones, so the hydrogen, which involved a shorter wavelength, was made green.

When images are taken outside the visible light spectrum -- in the infrared, for example -- the color choices are entirely up to the astronomers and photo processors.

"This is a representation of some kind to convey the information that Hubble has gathered," Brecher says. "It's scientifically sound, but their presentation is subjective."

"That's why we built the Hubble Space Telescope, because we can't see these things," says Zoltan Levay, who leads a team of imaging specialists at the Space Telescope Science Institute (STScI), which operates Hubble and prepares most of the photographs.

Levay says the process of coloring photos is never arbitrary.

"What we're doing is representing physical processes and representing actual astronomical observations in a visual and artistic way," Levay explained shortly after discussing the issue with Brecher. "I'm adding value, but it's not arbitrarily added. What I'm mostly doing is enhancing what's already there."

Levay points out that color is in fact a quantitative thing, a numerical difference between brightness measurements in well-defined wavelength bands, "though it may not have much relationship to perceived color." He says the measured color of Betelgeuse, the red giant, is redder than many other stars, even though the physiology of the eye may prevent us from actually perceiving the subtleties.

What does this have to do with those beautiful Hubble pictures?

Levay likens his work to darkroom photography, where images are dodged and burned and colors are adjusted in order to tease out the most information possible. He offers home videos up as another analogy. The recording turns colors into numbers, and when you play a video on your television, the numbers are converted back to color.

"That's precisely what we're doing," he said. "Now, we're going a step further. We're twiddling the knobs on the TV screen. We may be turning up the color knob a little bit or playing with the brightness."

Levay and his colleagues sometimes take the editing process another step. Images made with Hubble's infrared camera, called NICMOS, have no intrinsic color values in the visible spectrum. To these photos, the image specialists typically apply a corresponding range of colors from the visible realm in a logical pattern -- red for longer wavelengths and blue for shorter.

"Color is a somewhat fuzzy term," Levay admits in relation to the infrared pictures. "We are artificially applying a perceptual color to light that we cannot perceive." One astronomer would not necessarily apply the same colors to a given infrared image as another, he said, but the same logic with respect to wavelength shifts is typically employed.

Levay points out that what he does is nothing more than an extension of two manipulation techniques that transformed modern astronomy.

Manipulation, of course, opens the door to misrepresentation.

"You can definitely mislead," Levay said. "Mistakes get made. Science happens by mistakes being made. But those mistakes are corrected."

Back in the Voyager days, some critics objected to what they saw as excessive goosing of color to bring out subtle details.

Today, there is small group who criticizes what Levay and his colleagues do with Hubble pictures, according to Ray Villard, news director at the STScI and a man who helps choose which Hubble images the world will see. Villard thinks some of the criticism is rooted in envy over Hubble's wide popularity, or suspicion that something in the sky is being hidden from the public, or that mundane-looking data is heavily glamorized purely for publicity.

Villard dismisses these suggestions. He also notes, based on his decade of experience in answering public questions about the telescope, that the vast majority of people "don't really care" how the photos are processed. "They don't think about it, any more than one would worry if a beautiful Kodachrome photo of a sunset was really the exact color."

The STScI's guiding principle, Villard says, is to create aesthetically beautiful pictures that yield a lot of science. "An aesthetic picture also conveys the maximum amount of information. Because the Hubble images are intrinsically very evocative, it's not a crime to artistically bring out their most attractive features."

The greening of Jupiter

The interpretation of color has gone awry before at the STScI, grossly in one example from the orbiting observatory's earliest days. The public, however, never saw it.

The offending photo was of Jupiter. Going by the numbers, an astronomer presented Villard with a picture of a green gas giant. Knowing they would be laughed at by every amateur astronomer who had ever spied the planet's pale reds and creams through a backyard telescope, Villard protested.

"That's what it is," the astronomer retorted, sticking to his data.

Eventually, Villard persuaded the astronomer that the public should not see a green Jupiter, no matter what data might be behind the picture. He later learned a lesson in just how subjective color can be: "Come to find out," Villard recalls, "the astronomer was color blind."