NASA administrator...do we have a winner? 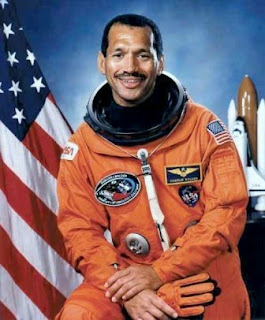 However, reached by phone May 15, Bolden told Space News he had not been asked to take the job and had no plans to meet with White House officials to discuss it.

NASA has been without an administrator since Obama took office Jan. 20. The vacancy has been a source of frustration for some members of Congress as NASA faces critical decisions about retiring the space shuttle and its future in human spaceflight.

"I have reason for optimism that the president will be naming an administrator for NASA very shortly and that will put at least that concern to rest, because I think it will be an outstanding person," Holdren said. "The concern has been to get the right person for the job, and the fact that we don't have one now is not for lack of effort."

Bolden's name first surfaced as a candidate for NASA administrator in January, along with retired Air Force Maj. Gen. Scott Gration, a decorated fighter pilot and close adviser to Obama during his campaign who was later appointed special envoy to Sudan. At the time, Sen. Bill Nelson (D-Fla.) urged Obama to select someone with NASA experience and endorsed Bolden. Nelson flew on a 1986 space shuttle mission piloted by Bolden.

During his 13 years as a NASA astronaut, Bolden logged more than 680 hours in space during four space shuttle missions, including the 1990 Space Shuttle Discovery mission to deploy the Hubble Space Telescope. Before retiring from the Marine Corps in 2003, Bolden was commanding general of the 3rd Marine Aircraft Wing. He also served as deputy commander of U.S. Forces in Japan.

John Logsdon, a space policy expert at the Smithsonian Institution in Washington, said Bolden would be a good fit at NASA, especially as an expert panel led by former Lockheed Martin chief Norm Augustine begins a three-month review of the agency's human spaceflight plans.

"Charlie Bolden is a first-rate person who knows the issue, so there's a very short learning curve," Logsdon said.

Rep. Pete Olson (R-Texas) said while he had only heard rumors of Bolden's possible appointment, called the former astronaut an "inspiring choice" to head NASA.

"Gen. Bolden's career of history-making achievements is impressive," Olson said in a written statement. "NASA needs someone who can master the management, technical and budgetary challenges the agency is facing, and be a strong advocate for a vibrant American space program. I have no doubt Charlie Bolden can do those things. As the Augustine panel reviews our human spaceflight program, it is critical that a man of integrity and accomplishment be at the helm of NASA."


Johnny Roventini..."Callllll forrrrrr NASA administrator"
Posted by Mercury at 7:03 AM