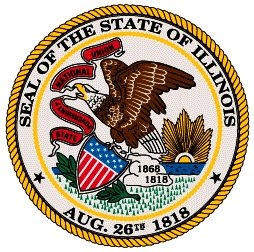 This will make some people happy.

The Register
The State of Illinois has decided it's unhappy with Pluto's 2006 expulsion from the league of planets and has decreed that as it "passes overhead through Illinois' night skies, that it be reestablished with full planetary status".

In case you're wondering why Illinois wants to mix it up with the International Astronomical Union - the body responsible for Pluto's demotion to dwarf planet, or "plutoid" - the senate resolution notes that "Clyde Tombaugh, discoverer of the planet Pluto, was born on a farm near the Illinois community of Streator".

"Dr Tombaugh is so far the only Illinoisan and only American to ever discover a planet."

Well, this assertion has caused a few raised eyebrows across the internet, since Americans have been discovering exoplanets in their droves for quite a few years. A minor detail, though, because Illinois clearly feels local pride has been dented by the by the IAA vote "in which only four per cent of the International Astronomical Union's 10,000 scientists participated".

Accordingly, the senates has declared that "March 13, 2009 be declared 'Pluto Day' in the State of Illinois in honor of the date its discovery was announced in 1930".

Pluto, Tyson, CNN lecture
Posted by Mercury at 8:30 AM

hmmmm....sad is it not?!?! you would think they have better things to do would you not?

I am proud to say I personally know the woman who lobbied the Illinois legislature for this. She is a former councilwoman living in Streator, Illinois, birthplace of Clyde Tombaugh, discoverer of Pluto. Dr. Alan Stern applauded this resolution, which is intended to be passed annually.

Resolutions do not have the force of law; they are simply statements reflecting the sentiments of lawmakers, similar to awareness days for various diseases and days honoring various ethnic groups. In this case, the resolution is a protest against the IAU decision, which was adopted in a flawed process that violated the IAU's own bylaws by ignoring the resolution adopted by its own committee and placing a different resolution on the floor without first vetting it through the proper committee, as procedure requires. Many astronomers left the two-week conference early thinking one resolution would be on the floor only to find out after the fact that a different one was substituted.

The reference to Tombaugh being the only American to discover a planet should have had the added caveat "in our solar system."

As you have heard from me before, there are sound scientific reasons for reinstating Pluto as a planet and establishing a third class of planets, the ice dwarfs, which would include Pluto, Haumea, Makemake, Eris, and possibly Ceres.

To Timray: Doesn't the IAU have better things to do than create havoc by adopting, through a surreptitious process, a planet definition that creates more confusion than it resolves? If you watch the video of the planet definition session, which is on the IAU web site, you will see what looks more like a circus than a scientific proceeding.

"The reference to Tombaugh being the only American to discover a planet should have had the added caveat "in our solar system."" Agreed. But it was just probably a hurried posting with sparse research by an uninformed writer.

The post offers a truncated early life of Tombaugh by omitting the facts that his family moved to Burdett, Kansas [not far from Wichita] and earned an astronomy degree from the University of Kansas. As far as I know, the Sunflower state [Kansas] has done nothing to proclaim Tombaugh's residency or academics as a protest to Pluto's status. Illinois' proclamation is more political and civic oriented than scientific. I seriously doubt that the Illinois congressional members could care less.

"Many astronomers left the two-week conference early thinking one resolution would be on the floor only to find out after the fact that a different one was substituted." What were the differences between the resolutions?

I must say that Illinois politics resembles that of the U.N....you have these little groups chattering away while the....never mind, this is not my forte or concern.

I deleted my second comment because I had posted it thinking the first one did not go through.

Technically, four states can claim Tombaugh: Illinois, where he was born; Kansas, where he grew up and attended college; Arizona, where he worked at the Lowell Observatory; and New Mexico, where he founded an astronomy department at New Mexico State University. New Mexico did pass a resolution similar to the one adopted by Illinois.

The Illinois resolution was adopted as a direct result of lobbying by Streator resident Siobhan Elias, who is active in efforts to get Pluto's planet status reinstated. If someone in Kansas or Arizona similarly lobbies their state legislatures, there is a good chance those bodies will also pass such a resolution.

The initial resolution proposed by the IAU's planet definition committee did not contain the requirement that an object must "clear its orbit" to be considered a planet. It proposed increasing the number of planets to 12 by adding Ceres, Eris, and Charon, Pluto's moon--the latter because the Pluto-Charon system can be considered a double planet since the two objects orbit around a common center of gravity between them.

According to the IAU's bylaws, resolutions must first be recommended by the appropriate committee before being put on the floor of the General Assembly. What actually happened is that the IAU members left on the last two days rejected the recommendation of their own committee, a recommendation that those who had already left assumed would either be adopted or voted down. In the latter case, no action would be taken, as there was no alternate recommendation by the committee. Instead, the 424 IAU members left (out of the original 2,500 who attended the General Assembly) hastily put an alternate resolution directly on the floor of the General Assembly for a vote. That is the resolution that distinguished between "planets" and "dwarf planets," requiring the former to "clear the neighborhood of its orbit." No absentee voting was allowed, so any IAU member not physically present in the room couldn't vote (the IAU has approximately 10,000 members).

The resolution adopted specifically stated that our solar system has eight planets, Mercury through Neptune. A second, "umbrella" resolution also placed on the floor for a vote without prior committee approval would have established both the eight "classical planets" and the "dwarf planets" under the broad category of planets. Had this passed, much of the controversy would never have happened, as the result would be very much akin to the initial resolution. However, it failed 333-91, leaving us with the current mess.

"If someone in Kansas or Arizona similarly lobbies their state legislatures, there is a good chance those bodies will also pass such a resolution."

Kansans [first hand knowledge] are more interested in serving liquor by the drink and eliminating 3:2 beer as well as Wildcats and Jayhawks. These and others to possibly follow are whimsical pieces carrying little impact beyond specified regionalism having a short life span...politics and placation of public sentiment.

only one vote on the Pluto regaining planet status??? it was fixed!!! say it ain't so Joe!!!