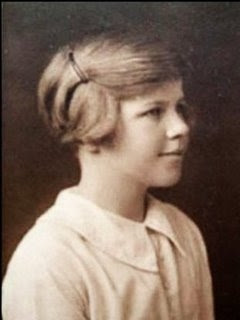 The New York Times
Frozen and lonely, Planet X circled the far reaches of the solar system awaiting discovery and a name. It got one thanks to an 11-year-old British girl named Venetia Burney, an enthusiast of the planets and classical myth.

On March 14, 1930, the day newspapers reported that the long-suspected "trans-Neptunian body" had been photographed for the first time, she proposed to her well-connected grandfather that it be named Pluto, after the Roman god of the underworld.

And so it was.

Venetia Phair, as she became by marriage, died April 30 in her home in Banstead, in the county of Surrey, England. She was 90. The death was confirmed by her son, Patrick.

Venetia, on the fateful day that Pluto popped into her head, was having breakfast with her mother and her grandfather, Falconer Madan, retired librarian of the Bodleian Library at Oxford. He had exciting news to tell. Scientists at the Lowell Observatory in Flagstaff, Ariz., had just photographed a planet lying beyond Neptune. Its existence had been postulated since the late 19th century, and astronomers working under Percival Lowell, the observatory's founder, had been chasing it photographically since 1906. Now theory had become fact.

"He wondered what it should be called," Mrs. Phair recalled in the documentary film, "Naming Pluto," released last month. "We all wondered, and then I said, 'Why not call it Pluto?' And the whole thing stemmed from that."

Mr. Madan passed the idea along to his friend Herbert Hall Turner, professor of astronomy at Oxford. Pluto, he suggested in a letter, was an excellent name for "the big obscure new baby."

Mr. Turner, as it happened, was in London for a meeting of the Royal Astronomical Society, where word of the new planet had members buzzing, and proposals for a name flew fast and furious. "I think PLUTO excellent!!" he wrote to Mr. Madan on his return. "We did not manage to think of anything so good at the RAS yesterday. The only at all meritorious suggestion was Kronos, but that won't do alongside Saturn." (Kronos is the Greek equivalent of Saturn.)

Unbeknownst to Venetia, a spirited battle ensued, with suggestions flying thick and fast. Minerva looked like the front runner, until it was pointed out that the name already belonged to an asteroid. Other candidates included Zeus, Atlas and Persephone. The Austrian engineer and cosmologist Hans Hörbiger proposed the inscrutable and unpronounceable Onehtn, meaning "first trans-Neptune."

Capt. Charles E. Freeman, the superintendent of the Naval Observatory in Washington, regarded Pluto as a long shot. "Pluto is the prototype of Satan in many minds, and drops out for that reason, perhaps," he said.

In the end, scientists at the Lowell Observatory voted unanimously for Pluto, partly because its first two letters could be interpreted as an homage to Percival Lowell, and on May 24 the new planet received its official name.

Mr. Madan gave his granddaughter a five-pound note, and the family added yet another feather to its cap: in 1877, Mr. Madan’s brother Henry, a housemaster at Eton, had successfully proposed that the two dwarf moons of Mars be named Phobos and Deimos, two attendants of the Roman war god, whose names mean fear and terror.

"Pluto is an excellent name, for two reasons," Neil deGrasse Tyson, the director of the Hayden Planetarium and author of "The Pluto Files: The Rise and Fall of America's Favorite Planet," said in a telephone interview. "First, it's a Roman god, as are the rest of the large objects in the solar system, so it conforms to the rules of the time, and second, Pluto is the god of the underworld, a distant place you don’t want to go to. Who could not love the name?"

Venetia Katherine Burney was born in Oxford, where her father, the Rev. Charles Fox Burney, was a professor of scriptural interpretation. He died when Venetia was 6, and she and her mother went to live with Mr. Madan.

Venetia developed an interest in astronomy after playing a game with other children in which lumps of clay, standing for the planets, were placed on a lawn in their positions relative to the sun.

She attended Downe House, a boarding school in Berkshire, and, after studying mathematics at Newnham College, Cambridge, became a chartered accountant. She later taught economics and math at two girls' schools in southwest London. In 1947 she married Maxwell Phair, a classicist, who became housemaster and head of English at Epsom College. She is survived by her son, of Cheltenham.

Mrs. Phair tended to play down her stroke of genius. She came up with Pluto, she said, simply because it was one of the few important Roman gods still available for planetary duty. "Whether I thought about a dark, gloomy Hades, I'm not sure," she told the BBC in 2006.

Regardless, Pluto was an instant success. Walt Disney used it for Mickey Mouse's dog, and it provided the name for Element 94 in the Periodic Table, plutonium, which was first identified in 1941. In 1987 the asteroid 6235 Burney was named in Mrs. Phair’s honor, as was a dust-measuring instrument on board New Horizons, the NASA spacecraft that took off for Pluto in 2006.

Mrs. Phair took it in stride when the International Astronomical Union decreed that Pluto was not a planet at all. It was a dwarf planet, and not even the largest one, a lump of rock and ice orbiting in a ring of icy debris known as the Kuiper Belt.

Some face was saved last year when the union announced the coining of the term "plutoid" to designate a dwarf planet beyond the orbit of Neptune. More vexing to Mrs. Phair was the persistent notion that she had taken the name from the Disney character. "It has now been satisfactorily proven that the dog was named after the planet, rather than the other way around," she told the BBC. "So, one is vindicated."

Alan M. MacRobert, a senior editor at Sky and Telescope, foresees sweeter vindication ahead. "In the year 4,000 A.D., when Pluto is hollowed out and millions of people are living inside," he said, "the name of Venetia Burney may be the only thing that Great Britain is remembered for."

"Venetia Phair dies at 90; as a girl, she named Pluto"

At age 11, the keen student of mythology suggested naming the newly discovered planet after the Roman god of the underworld.

Associated Press
Venetia Phair, who was 11 years old when she suggested Pluto as the name of the newly discovered planet, has died in England. She was 90.

She died at home in Epsom, south of London, on April 30, her family said. The cause of death was not disclosed.

Phair suggested the name to her grandfather at breakfast in 1930.

"My grandfather, as usual, opened the paper, The Times, and in it he read that a new planet had been discovered. He wondered what it should be called. We all wondered," she recalled in a short film, "Naming Pluto," released earlier this year.

"And then I said, 'Why not call it Pluto?' And the whole thing stemmed from that."

Her grandfather was Falconer Madan, the retired librarian of the Bodleian Library at Oxford University. He relayed the suggestion to his friend Herbert Hall Turner, professor of astronomy at Oxford, who on that day was at a meeting of the Royal Astronomical Society, where possible names for the planet were being discussed.

Turner then passed on the suggestion to Clyde W. Tombaugh, who made the discovery at the Lowell Observatory in Arizona.

When the name was publicly announced May 1, 1930, Phair said her grandfather rewarded her with a five-pound note.

"This was unheard of then. As a grandfather, he liked to have an excuse for generosity," she told the BBC in 2006.

She was fascinated by astronomy, and recalled playing a game at school using clay lumps to mark out the relative positions of the planets. She was also a keen student of mythology and knew about Pluto, the Roman name for the Greek god of the underworld, Hades.

"There were practically no names left from classical mythology. Whether I thought about the dark and gloomy Hades, I'm not sure," she told the BBC.

She tartly rejected any suggestion that the planet was named for the Disney dog.

"It has now been satisfactorily proven that the dog was named after the planet, rather than the other way round. So, one is vindicated," she said.

The International Astronomical Union downgraded Pluto in 2006 to a dwarf planet -- based on the observation that Pluto was a large chunk in the Kuiper Belt of solar debris.

Phair said she was indifferent about Pluto's change of status, "though I suppose I would prefer it to remain a planet."

Born Venetia Burney on July 11, 1918, she studied mathematics at Cambridge University, and taught economics and math until retiring in the 1980s.

She is survived by their son, Patrick. 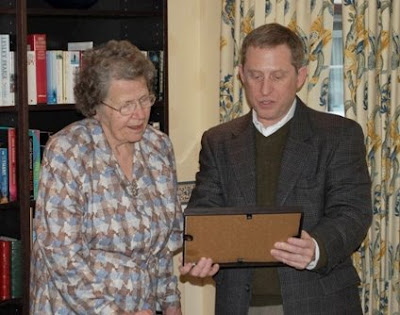 "New Horizons, the first mission to Pluto and the Kuiper Belt, is proud to announce that the student instrument aboard our spacecraft is hereby named "The Venetia Burney Student Dust Counter" in honor of Mrs. Venetia Burney Phair, who at age of eleven nominated the name Pluto for our solar system's ninth planet. May "Venetia" inspire a new generation of students to explore our solar system, to make discoveries which challenge the imagination, and to pursue learning all through their lives."

The team guiding the first mission to Pluto is fondly remembering Venetia Burney Phair, the "little girl" who named the ninth planet when it was discovered nearly 80 years ago. Mrs. Phair died April 30 at her home in Epsom, England, at age 90. "Venetia's interest and success in naming Pluto as a schoolgirl caught the attention of the world and earned her a place in the history of planetary astronomy that lives on," says New Horizons Principal Investigator Alan Stern.

In June 2006, the New Horizons team renamed the spacecraft’s Student Dust Counter instrument in her honor, calling it the "Venetia Burney Student Dust Counter" (VBSDC, or just "Venetia" for short). Six months later, in a small ceremony in Mrs. Phair's home, Stern and SDC Principal Investigator Mihaly Horanyi presented her with a plaque, certificate and spacecraft model to commemorate the renaming. "She was a thoroughly intelligent, likable and endearing woman," Stern says. "The entire New Horizons team is saddened by her passing."

The New Horizons dust counter is the first the first science instrument on a NASA planetary mission to be designed, built and operated by students, and by late next year it will be operating farther out in the solar system than any dust measurement instrument in history. Stern and the SDC team members thought it fitting to name instrument built by students after Mrs. Phair, who was just an 11-year-old student herself when she made her historic suggestion of a name for Pluto in 1930.

"Her death deeply saddens the former and current crew of the VBSDC instrument," says Horanyi, who, like the dust counter student team, is from the Laboratory for Atmospheric and Space Physics at the University of Colorado, Boulder. "Her contribution will be lasting, not only by naming Pluto, but also by giving an example to young people of the value of intellectual curiosity and the rewards of a lifelong interest in science and discovery."

The Guardian: Venetia Phair, who named Pluto, dies at 90

Prairie State government declares Pluto a planet
Posted by Mercury at 4:12 AM