Are colleges/universities that desperate? 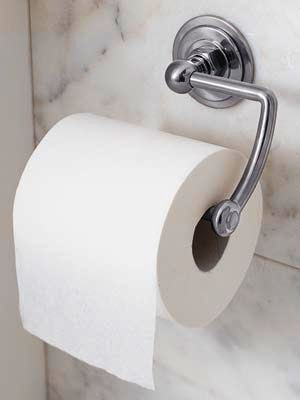 Used to be..."For a good time, call 555-5555".
"Colleges Are Selling Naming Rights to Restroom Stalls"byJosh SanburnFebruary 8th, 2012Time
Imagine a restroom stall, or even an entire men’s room, on the campus of your alma mater being named in your honor. Well, for just a few thousand dollars, that ludicrous and mildly disgusting dream can now come true.Colleges and universities around the country, including the University of Colorado Boulder, the University of Pennsylvania and even Harvard Law School have named restroom stalls and walls after alumni and benefactors in exchange for generous donations to the university.The best-named restroom of them all is without question the Falik Men’s Room at Harvard Law School, which is apparently pronounced exactly how it looks. William Falik, a 1971 Harvard Law grad, donated $100,000 to his alma mater, and the Ivy rewarded him with a recently opened restroom named in his honor. And it was Falik’s idea. He told the Daily Californian that he thought it was “somewhat humorous to have my name outside of a men’s room.” Harvard agreed, and even got a sign-off from Elena Kagan, the law school’s then dean and now a Supreme Court Justice.“We thought it was kind of tongue-in-cheek and we were willing to do it,” Harvard Law’s dean for development and alumni relations Steven Oliveira told Inside Higher Ed. (A Falik Men’s Room at the UC Berkeley School of Law, where Falik now teaches, is reportedly also in the works.)Even with sky-high tuition costs, many universities’ budgets are shrinking thanks to state and federal cuts. But this is arguably the most brazen and funniest method colleges have ever used to raise funds. Not all universities are willing to have their restrooms sponsored by an alum, however. About 10 years ago, a venture capitalist named Brad Feld approached the Massachusetts Institute of Technology about putting his name on a campus bathroom. But MIT said it would be inappropriate, so instead, Feld endowed a restroom in the science building at the University of Colorado Boulder. And it only cost him $25,000.Since then, Dixie State College of Utah has offered naming rates to individual stalls in a planned music building to raise money for a musical theater troupe. But the theater company is no longer operating and apparently failed to reach its fundraising goal.Elsewhere, a UPenn donor offered to financially support a campus-library-bathroom renovation – that is, if the bathroom’s walls were lined with plaques that said: “The relief you are now experiencing is made possible by a gift from Michael Zinman.”But don’t worry if you don’t have your name on the walls of your alma mater yet. In an economic environment where everyone is looking for ways to raise money, bathroom-naming rights will probably only gain in popularity. Note to the Indiana University School of Journalism: you’ll be hearing from me soon regarding the Sanburn Gentlemen’s Lounge.
Posted by Mercury at 12:19 PM