To error is human, but big mistakes made at the Philosophy Department at CU-Boulder 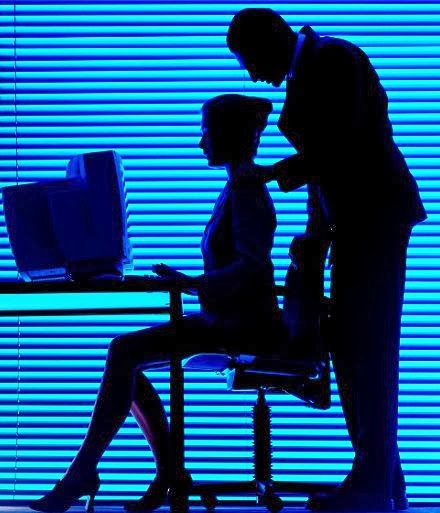 Some faculty members in the philosophy department at the University of Colorado say they're concerned that three outside consultants tasked with studying the climate of the department were given access to confidential files regarding sexual harassment and discrimination.

University administrators acknowledged the investigators from the American Philosophical Association Committee on the Status of Women Site Visit Program were given access to files within the Office of Discrimination and Harassment that are typically considered confidential.

Administrators said the three investigators all signed a confidentiality agreement, which said they would not disclose what they read without written authorization from the university chancellor.

"In their roles as consultants for the university, the site visit investigators had access to relevant CU employees and relevant documents that helped them assess the climate of the philosophy department," CU spokesman Ryan Huff wrote in an email. "As part of their assessment, the site visit team met with the Office of Discrimination and Harassment director, signed confidentiality agreements and were given access to the ODH files."

Under the Colorado Open Records Act, public institutions are required to deny the inspection of sexual harassment files to the general public. However, CU officials said that because the site team investigators were performing an administrative function for the university, they were not acting as members of the public.

The confidentiality agreements were signed by Valerie Hardcastle, Peggy DesAutels and Carla Fehr, the women who co-wrote a 15-page report released last month describing sexual harassment, bullying and other unprofessional sexualized behaviors within the philosophy department.

The findings of the report led the university to suspend graduate admissions into the department until 2015 and bring in an external chairman.

Members of the department, who said they were told to keep quiet about the report, were shocked when the university released the document publicly last month.

Professor Michael Tooley said he takes issue with how vague the report is about the 15 complaints filed against members of the department since 2007. Because of the confidentiality agreements, the investigators were not able to describe any specifics of the complaints.

The result, Tooley said, is a report that negatively portrays an entire department.

When a formal investigation under the Office of Discrimination and Harassment is completed, only the complainant, respondent, chancellor and decision-making authority, often the department chairman or dean, are allowed to read the office's findings.

Only the respondent and decision-making authorities are allowed to know what, if any, disciplinary action is taken because of confidentiality around personnel matters.

Tooley said it's strange that the university has such strict rules about confidentiality around harassment and discrimination, but then gave the site visit investigators access to confidential files.

"On the one hand, they seem to have these very strict rules of confidentiality, and then they allowed these three strangers to come in (and see the files); that seems to be incredible," he said. "I would say that even if it's not illegal, it seems highly unethical."

Tooley said he also wondered why the site team investigators were able to give the number of complaints, but not a breakdown about how many complaints underwent formal investigations, how many of the complaints involved the same offender, and how many investigations resulted in a finding of a violation of policy.

Philosophy instructor emerita Diane Mayer, who is retired, said she wondered why the university can't find a way to protect the identities of complainants, while holding the perpetrators publicly accountable.

The site visit report described a lack of transparency around disciplinary processes, which led to an "extremely harmful rumor mill."

Mayer said if the university could hold perpetrators publicly accountable, it might deter future offenders from acting.

"The actual perpetrators should be held accountable long before some climate study has to be called in to give recommendations and these drastic measures have to be taken," Mayer said. "There has to be some method by which a department can really be punitive about people who are sexual harassers, including if they're tenured. There has to be some way for the university to address these issues ... ."

CU has fired a few tenured professors, for various reasons, in its history. In 2004, the university fired R. Igor Gamow, a tenured chemical engineering professor, for moral turpitude after allegations of sexual harassment and assault.

Lora Blakeslee Atkinson, executive director of Moving to End Sexual Assault, said assuring survivors of sexual assault and harassment that their identities will be protected plays a vital role in the recovery process.

"They're concerned about people finding out, and our culture has a lot of victim-blaming still of survivors," she said. "When survivors feel that they do not have confidentiality, it makes them even more reluctant to report."

Attorney Steve Zansberg, president of the Colorado Freedom of Information Coalition, said an argument could be made the university was fully within its rights by releasing confidential documents to the site team investigators but then may have violated the open records law when it released the site team report publicly.

Zansberg said if personnel or sexual harassment files, which are exempt from inspection under the law, are summarized or analyzed in a subsequent report, that document is also protected under the law.

"It's incumbent upon them to allow the public to monitor and assess the legitimacy of those findings," he said. "We routinely say that when a government entity affirmatively discloses information and then withholds the data upon which that information was based, that's contradictory to the purposes of having an open records act. It becomes very difficult for the university to say, 'Take these three researchers' word for it.'"

CU spokesman Bronson Hilliard said the university does not feel it has violated the law either in sharing the confidential files with the site team investigators or by releasing the report publicly.

"There's much more material in (the report) besides things that are in the individual files," he said. "The report's writers went out of their way to take a broad scale of input from interviews with graduate students, with faculty, with undergraduates, with the deans, with department chairs."

Hilliard said he hopes victims of harassment and discrimination won't be deterred from reporting.

"I hope that victims would take away . . . that the institution is acting and taking strong actions to remedy situations that might possibly have given rise to whatever it was they complained about," he said. "We want to take actions, we want to take situations that are not working for individuals and groups of people and make them better on the campus."


Women at CU-Boulder philosophy department speak out
Posted by Mercury at 3:36 PM