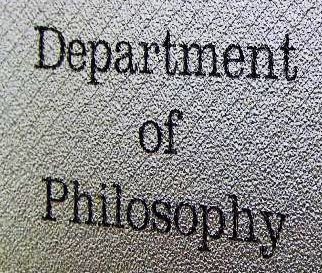 For the first time since the release of an independent report detailing sexual harassment within the University of Colorado philosophy department, female members of the department are speaking out.

Six women with ties to the department released a joint statement Tuesday that describes the negative impact the report's release has had on male philosophy faculty members and graduate students.

"We are all distressed that the report may damage the reputations of male colleagues who are completely innocent of sexual misconduct," the statement's authors wrote. "It could also harm the prospects of our male graduate students currently on the market."
The independent report released last month was authored by three investigators from the American Philosophical Association Committee on the Status of Women Site Visit Program. The report described sexual harassment, bullying and other unprofessional behaviors within the philosophy department.

Because of the report's findings, the university brought in an external chairman and suspended all graduate student admissions into the department until 2015.

The six women write that they believe a small number of men in the department are responsible for the sexual harassment or unprofessional sexualized behavior described in the report.

"We faculty women strongly believe that none of our currently untenured male colleagues or current male graduate students has engaged in sexual misconduct (nor, indeed, have most of our tenured colleagues)," the women write. "We believe that many have heard about the problems, if at all, only through the rumor mill."

The statement also points out that the women in the department have "different takes on the content of the report."

The six women write that they are determined to rebuild the department and its reputation.

CU spokesman Ryan Huff said the university wants to make the department welcoming to everyone.

"We are pleased that the faculty members want to work hard to improve the reputation of the philosophy department," Huff wrote in an email. "We share their views in making the department a welcoming place for faculty, students and staff from all demographic groups."

Many of the women in the department said they were hesitant to talk openly about the content of the report because they feared their statements would be interpreted as either complete endorsement or complete rejection of the report.

Many female members of the department expressed concern that the problems detailed in the report weren't being dealt with internally, but rather in public because of the report's unexpected release.

Some women said they feared retaliation if they spoke out on their own.

Jaggar said the joint statement was a way for the women in the department to defend the reputations of the men who were not responsible for the misconduct described in the report.

"We released it because we didn't want innocent, vulnerable people to have their reputations smeared," she said.

Mayer, who is now retired but worked at the university in various roles starting in 1971, said sexual harassment is a systemic problem that exists in all university departments.

"Throughout the university, in all departments, much more support is needed for the victims of sexual harassment," she said. "The philosophy department is not unique. It's only unique because it uniquely tried to solve the problem. It uniquely called on outsiders to come in and help them figure out the problem. It's unique that the department was put into the public eye."


Ogle female undergraduates at The University of Colorado--DON'T
Posted by Mercury at 7:28 AM